Chairman of MQI Supreme Council Dr Hassan Mohi-ud-Din Qadri, while addressing an educational and training session of the women residents of Itikaf City, has urged them to focus their attention on the learning of knowledge. He said that the extreme attitudes building in the society are due to the lack of education and training of the women. He asked the parents not to neglect their duty of educating their daughters, stating that national development is closely linked to the women’s participation in the national life within the limits set by Islam.

Dr Hassan Mohi-ud-Din Qadri said that educational, intellectual and scholarly initiatives such as collective Itikaf are part of the services that MQI is rendering to the cause of humanity, Pakistan, and Islam. He said that MQI is the only movement in the world that has designed customized programs to cater to requirements of training and education of the people from children to the elderly. 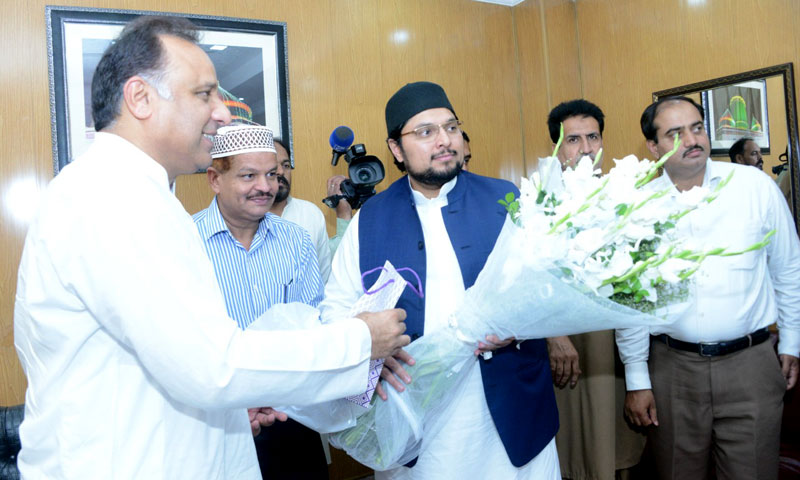 Expressing his views on the occasion, Nadeem Sarwar said that he was impressed to see the fine arrangements made for Itikaf. He said that everything was being done as per SOP in a fine manner. He said that Dr Tahir-ul-Qadri is offering practical and spiritual guidance of the youth in particular, adding that he is pleased to know that the hundreds of the educational institutions set up by MQI are imparting quality education to the children of the nation. He termed it as a huge service of Islam and Pakistan.

Khurram Nawaz Gandapur briefed Nadeem Sarwar about the arrangements and aims and objectives and history of Itikaf City.