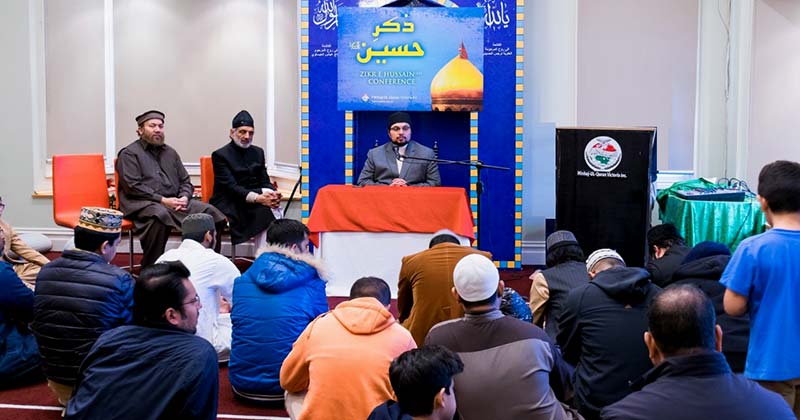 MQI President Dr Hussain Mohi-ud-Din Qadri addressed a conference titled "Philosophy of the martyrdom of Imam e Hussain (AS) arranged by MQI Victoria (Australia). In his keynote speech, he said that Hazrat Imam e Hussain (AS) succeeded by giving the sacrifice of his life and Yazid became deserving of the condemnation till the Day of Judgment despite saving his rule. He said that the lives of the Prophet's household were dedicated to Islam and its promotion. He said that Imam e Hussain (AS) preached monotheism of Allah and the teachings of his grandfather (SAW) throughout his life and sacrificed everything he had in the way of Allah including his life.

A large number of MQI workers and the people belonging to various walks of life and the members of the Pakistani expatriate community attended the conference. Dr Hussain said that the grief over the sacrifices of the Prophet's family is felt in every corner of the world during the first ten days of Muharram. He said that Allah Almighty accepted these sacrifices in such a way that even their mention causes the eyes of not only Muslims but also non-Muslims to well up with tears. He said that Allah Almighty says he who remembers the tragedy of Karbala with true heart, He would exalt their remembrance on the Day of Resurrection.

Dr Hussain Mohi-ud-Din Qadri said that there is no region of the world where the mention of the supreme sacrifice of Hazrat Imam e Hussain (AS) is not made. He said that by embracing martyrdom, the great Imam gave this message to the world that even if one faces the danger of death in the path of truth, one should not shy away from treading it and that there is no space for compromises with the forces of falsehood.