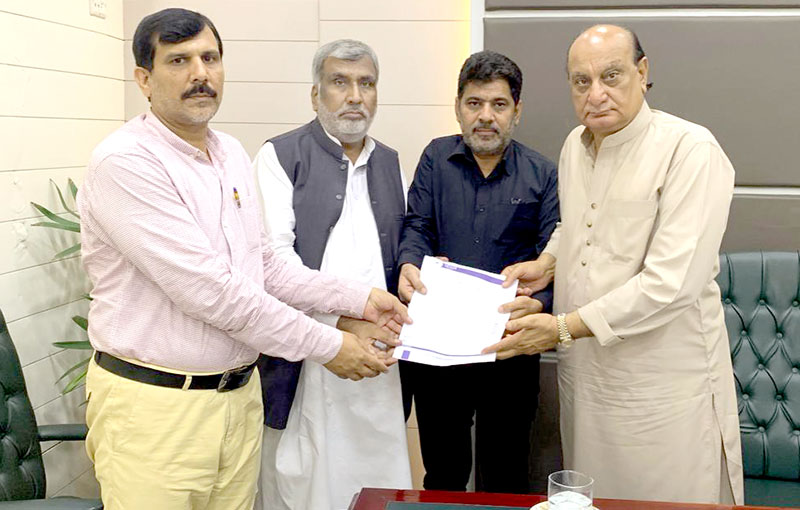 A group of senior MQI leaders called on provincial minister for law Raja Basharat in his office and invited him to attend a two-day international conference to be held under the banner of Minhaj University Lahore as the chief guest. The subject of the conference, which is scheduled for Sept 19-20, is "Promotion of economy through knowledge.

Raja Basharat asked the youth to play their constructive role in serving the country and humanity after getting education. He lauded the services of Dr Tahir-ul-Qadri in different fields and stated that he has played a central role in educating the youth about importance of peace and knowledge. He said that the educational institutions set up by him are playing a praiseworthy role in preparing a generation of the responsible citizenry through its quality education.

The provincial minister expressed his best wishes for the health of Dr Tahir-ul-Qadri. The MQI leaders thanked Raja Basharat on accepting the invitation to attend the international conference.