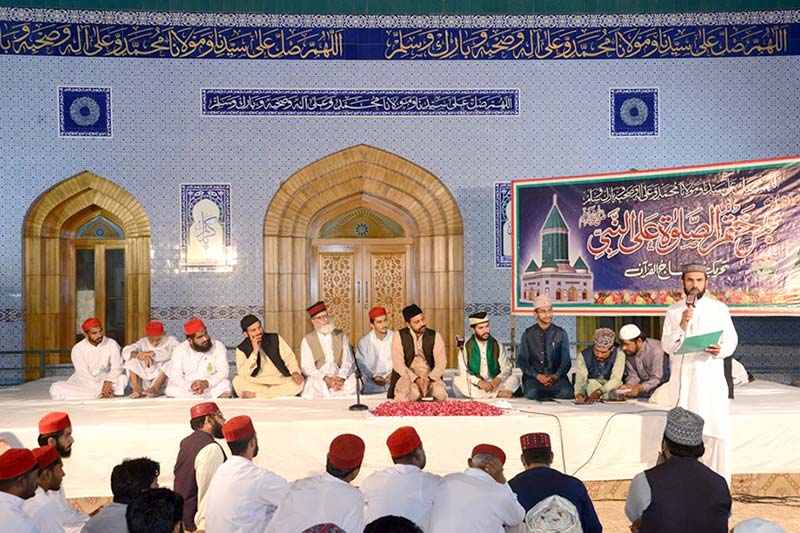 The monthly spiritual gathering was held at the central secretariat under the banner of MQI on October 5. In addition to Engineer Rafique Najam, Jawad Hamid, Syed Musharraf Ali Shah, Hafiz Ghulam Farid, Allama Imdadullah Khan, Raja Zahid Mahmood, Allama Muhammad Latif Madani, the residents of Gosha-e-Durood and a large number of people from different parts of Lahore attended the gathering.

The proceedings of the program got underway with the recitation from the Holy Quran followed by Naat Khawani in which various Naat khawan participated. The recorded speech of Shaykh-ul-Islam Dr Muhammad Tahir-ul-Qadri was shown on the occasion.

Speaking on the occasion, Engr. Rafique Najam told that Durood sharif was offered for more than 10.5 billion during the month of September at the Gosha-e-Durood. He said collectively the number of greetings and salutations presented on the Holy Prophet (SAW) had exceeded 3 trillion, 33 billion, 520 million, 95 lacs times. He said the next spiritual gathering of Gosha-e-Durood will take place during the intervening night of International Mawlid-un-Nabi (SAW) Conference at Minar-e-Pakistan. He asked the people to invite as many people as possible for the participation in the conference. 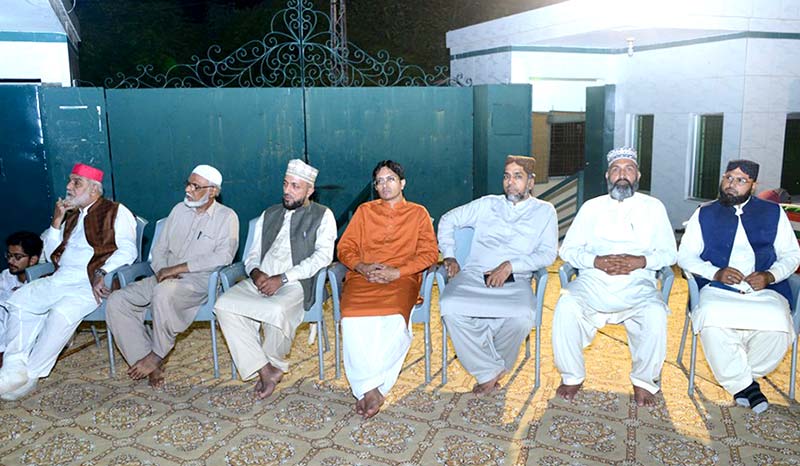 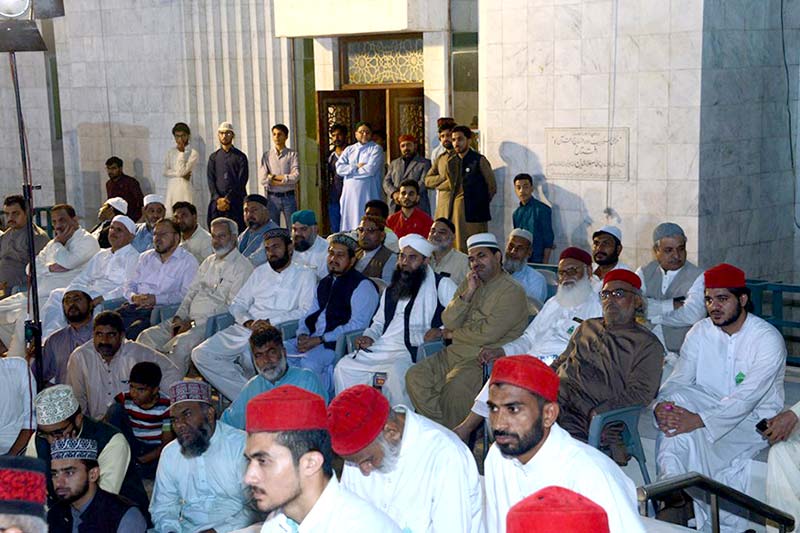 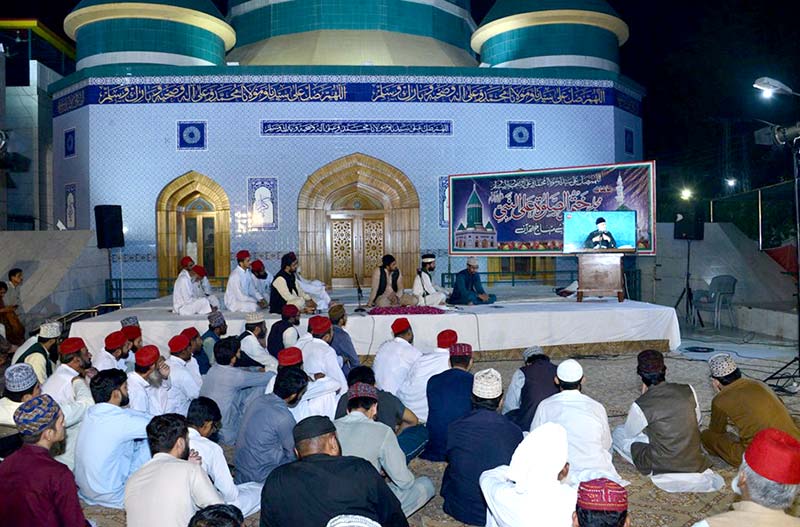 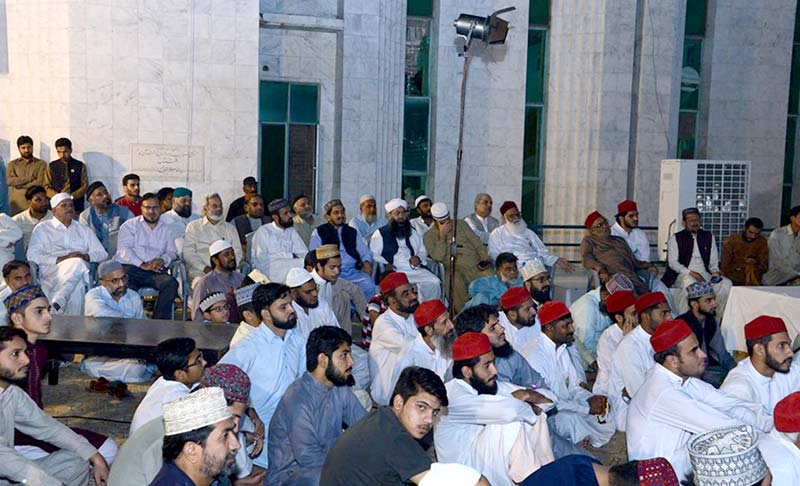 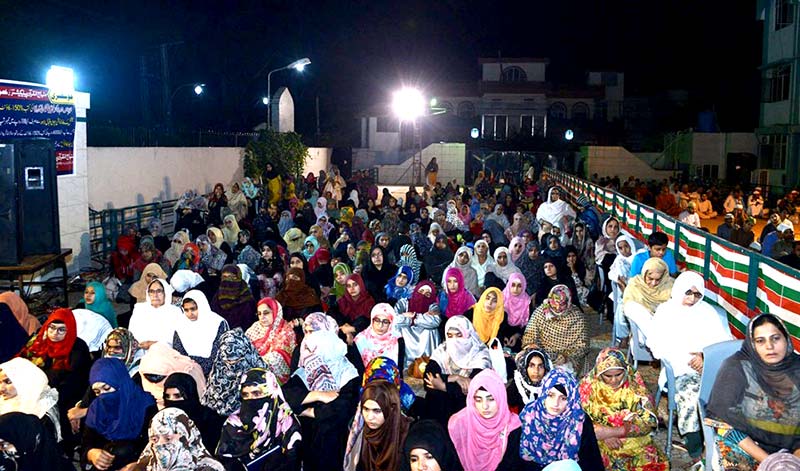 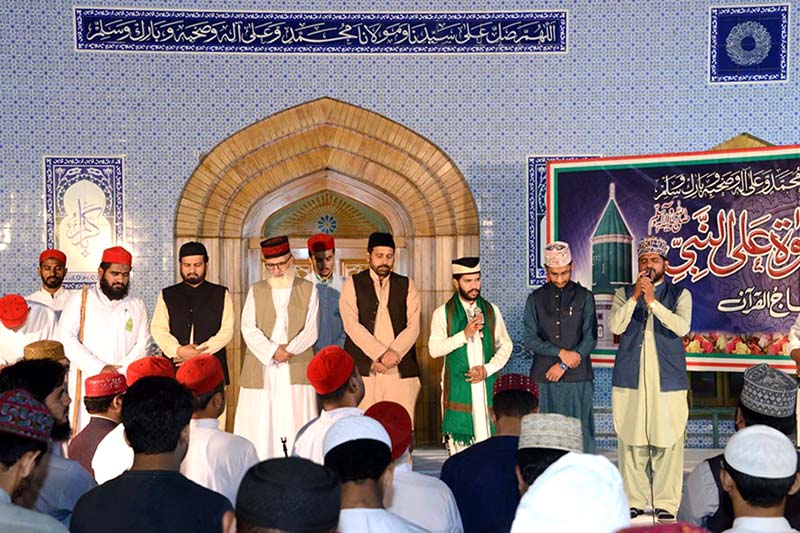