News about the NAB inquiry is contrary to facts: PAT Spokesperson

Noorullah Siddiqi, PAT Secretary Information, has strongly rejected the news of initiation of the NAB's inquiry against Dr Hassan Mohi-ud-Din Qadri and Dr Hussain Mohi-ud-Din Qadri. Terming the news as misleading, self-concocted and contrary to the facts, he said hundreds of fake revenge cases were registered by the Sharif government against Dr Tahir-ul-Qadri and other central leaders and a character assassination campaign was also launched. He said these allegations were a link in the same chain. He said the NAB carried out a complete investigation into these baseless allegations made by the Sharif government. The inquiry was not only closed after a thorough probe but a letter about the termination of the inquiry was also issued.

The Spokesperson said the revengeful Sharif leaders tried to implicate the MQI leadership in other cases in which they also had to eat the humble pie. He said all the cases that the previous government of the PMLN instituted turned out to be bogus one after the other. He requested all the media houses and the administrators of various websites to take down this misleading news item after the clarification. 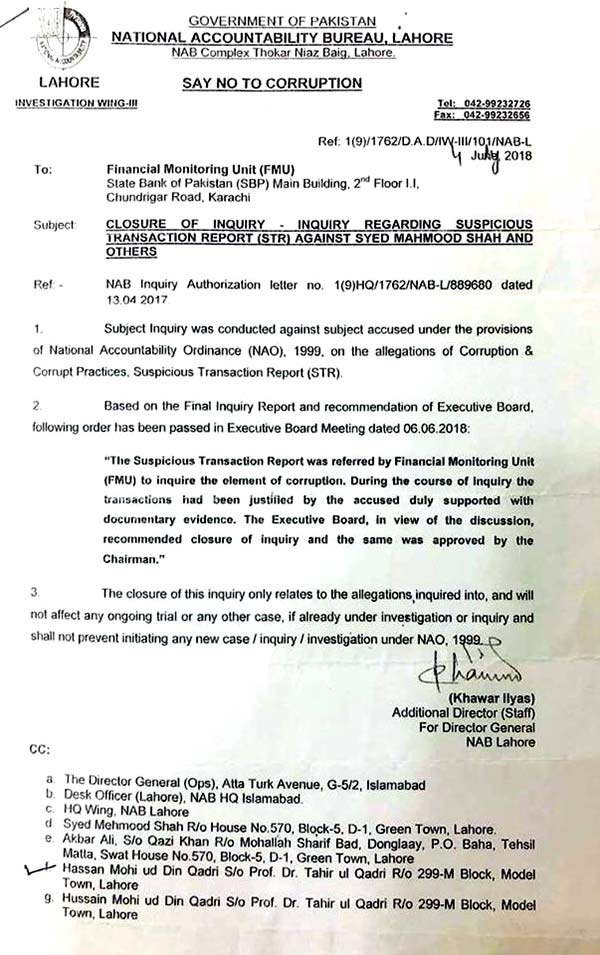