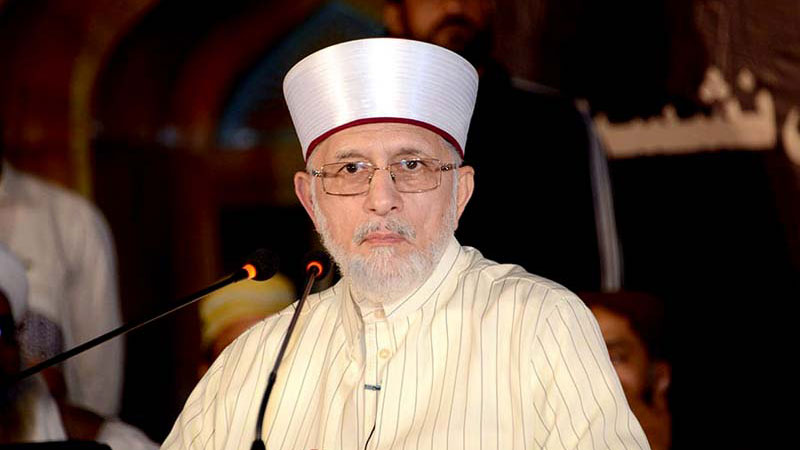 Minhaj-ul-Quran International (MQI) leader Shaykh-ul-Islam Dr Muhammad Tahir-ul-Qadri has said that accursed Yazid perpetrated extreme oppression on the Holy Prophet's (peace and blessings be upon him) family and committed the most heinous crime of human history to strengthen his grip on power. He said that Hazrat Imam Hussain (alayhi s-salam) represented truth and this truth would continue to be upheld till the Day of Judgment. He said that the great Imam (alayhi s-salam) challenged the Yazidi system and refused to submit himself to the system of the government based on oppression and the violation of human rights. He said that Imam Hussain drew up the line between the right and wrong till the Day of Resurrection by rendering the supreme sacrifice of his life.

Dr Tahir-ul-Qadri said that the hardships are bound to come during the struggle for the sake of truth and facing those sufferings with forbearance and patience is Hussainiyat. He said as long as the Hussaini thought will be the nucleus of our faith, no Yazid will be able to keep his oppressive power intact for a long time. He said that we will have to act upon the Hussaini way of life, thought and courage to end exploitation and oppression even today.

Dr Qadri said that the Holy Prophet's (peace and blessings be upon him) household rendered sacrifices in man and material to uphold the banner of Islam in its original form, and its promotion and revival. They gave this message to the people till the Last Day that when someone tries to amalgamate truth and falsehood under the intoxication of power, make people his slave through terror and oppression, and attack the Islamic practices and teachings, then love for one's life and the worldly wealth should be given the secondary importance and the banner of truth should be upheld with full conviction.