Addressing the concluding ceremony of the 20-day International 'Fann-e-Qiraat Course held under the banner of Directorate of Training and Courses, MQI, Chairman Supreme Council Dr Hassan Mohi-ud-Din Qadri has said that Allah opens the doors of understanding of the Holy Quran for whosoever He is pleased with. He said those who remain in a constant endeavour to understand the Holy Quran are lucky. He congratulated thousands of the participants who attended the Quranic recitation course. He said the Holy Quran is a source of guidance and wisdom till the Day of Judgment. He said that the Quran was revealed in the Arabic language, which is an ancient and thriving language of the world. He said Allah Almighty took up the responsibility to protect the Holy Quran, stating that no power of the world can bring about even a minor change in the text of the Divine Book.

Dr Hassan Mohi-ud-Din Qadri said that enlightening the heart of believers with the Quranic light is the mission of Shaykh-ul-Islam Dr Muhammad Tahir-ul-Qadri. He said that Dr Qadri compiled an 8-volume Quranic Encyclopedia and translated the Holy Quran by the name of Irfan-ul-Quran for the explanation and understanding of the Quranic text. He said hundreds of thousands of people are benefiting from the scholarly endeavours and contributions of Shaykh-ul-Islam.

Dr Hassan said that MQI is working on making people revert to the Holy Quran. He congratulated the internationally known Qura and MQI scholars on delivering meaty and intellectually stimulating lectures and educating the participants of the course on the correct ways of reciting the Quranic text. While appreciating the Directorate of Training and Courses, he said that those associated with the Directorate are carrying out commendable work in terms of the promotion of the Quranic knowledge. He lauded the efforts of Hafiz Saeed Raza Baghdadi, Prof Muhammad Saleem Chaudhry, Mahmood Masood, and other concerned officials on the successful arrangement of the course.

Special shields were given away to all the departments and directors that played their part in making the course a success. The first positions holders among male and female participants were awarded Umra ticket for clinching first positions in the recitation competition. 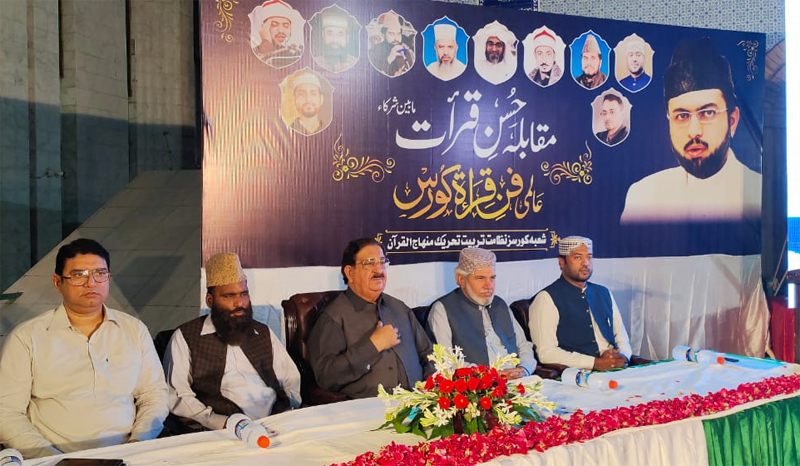 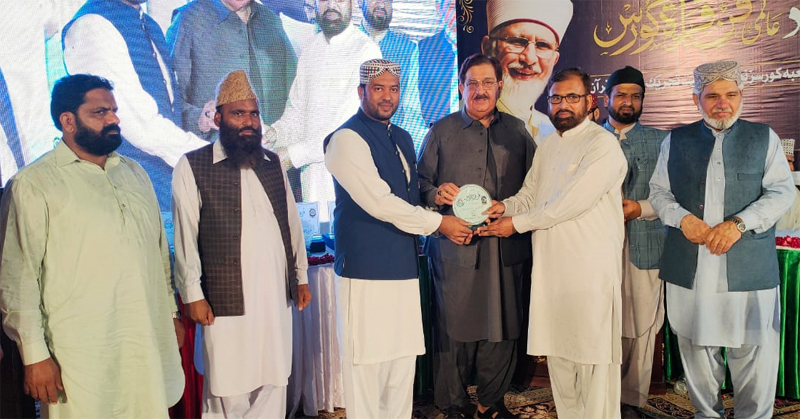 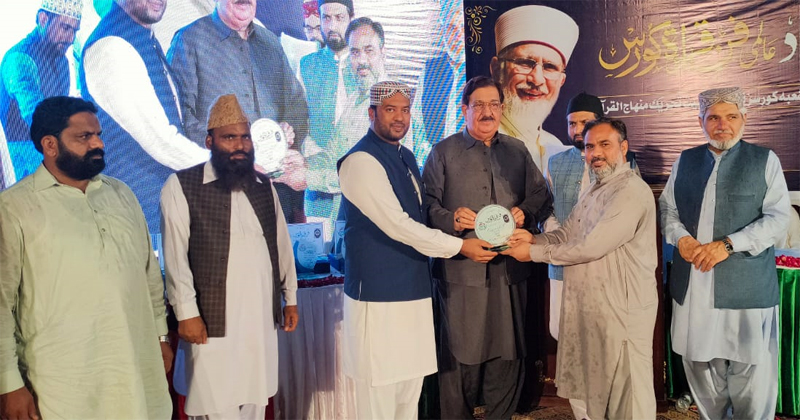