Addressing the participants of the 37th International Mawlid-un-Nabi (pbuh) Conference held under the banner of Minhaj-ul-Quran International, Shaykh-ul-Islam Dr Muhammad Tahir-ul-Qadri has said that the Holy Prophet (peace and blessings be upon him) is the prophet of mercy and peace for the whole world. He (pbuh) taught humanity about the values of human brotherhood, love, and tolerance. Dr Qadri announced to write letters to the heads of states and governments including the United Nations against the publication of blasphemous caricatures of the beloved Prophet (peace and blessings be upon him). He recorded his protest against the caricatures by standing up along with the thousands of the participants of the Conference for one minute. He welcomed the religious scholars and the faith leaders on their attendance at the Mawlid-un-Nabi (pbuh) Conference. 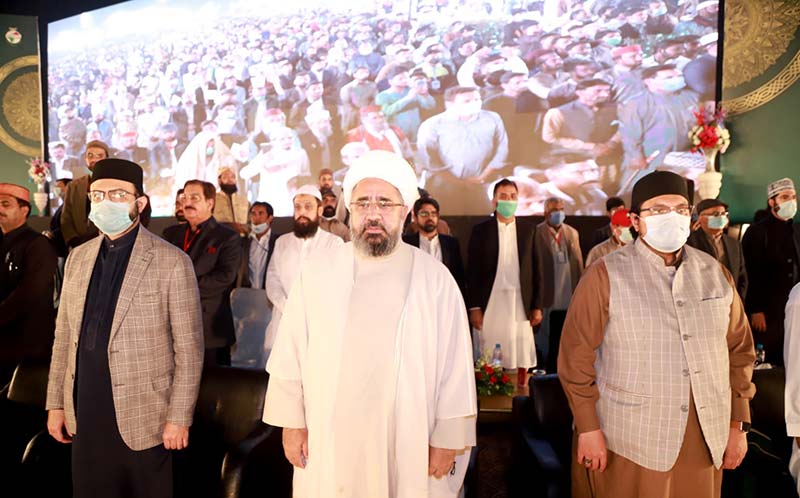 Expressing his views at the Conference, Syed Riaz Hussain Shah, the renowned religious scholar and the founder of  Idara Talimat-e-Islamia, said that Dr Tahir-ul-Qadri has tried his best to pay back the debt on Umma regarding the promotion of the peaceful teachings of Islam and love of the Holy Prophet (peace and blessings be upon him). He said that the slogans of 'Ya Rasoolullah (pbuh)' are being heard in every street and household today. He said that the knowledge and wisdom of Dr Tahir-ul-Qadri have benefitted hundreds of thousands of people across the world. He said that Allah Almighty has blessed Dr sahib with eloquence in the crafts of speech and writing. He asked Dr Qadri to write letters to the heads of the governments around the world to draw their attention to the implications of the publication of blasphemous caricatures, stating that it is possible that such an act can serve to impress upon them the need of dealing with these issues wisely and fight the rising trend of Islamophobia. He congratulated Dr Tahir-ul-Qadri and the leaders and the workers of MQI on the conduct of a massive spiritual gathering.

Syed Ziaullah Shah Bukhari, Amir Muttahidah Jamiat Ahle Hadith, said in his speech that we are convinced about the vast knowledge, wisdom, and deep understanding that Allah Almighty has blessed Dr Tahir-ul-Qadri with. He asked the MQI leader to play his role on the issue of the blasphemous caricatures and make the insensitive French leader aware of the implications of his move. He said Allah is the protector of the honour and dignity of the Holy Prophet (peace and blessings be upon him). He said the Holy Prophet (peace and blessings be upon him) once stated: "Whosoever sees me in a dream, then no doubt, he has seen me, for Satan cannot imitate my shape." He said when Satan cannot imitate his shape, how can the followers of Satan who have drawn blasphemous caricatures do that? He said whosoever has committed blasphemy will surely get punishment for his evil act. He said we would not rest until we respond to this attack on Islam with argument, knowledge, and wisdom under the leadership of Dr Tahir-ul-Qadri. He said that MQI and Dr Qadri have shown the Umma the path of peace, love, and tolerance.

Allama Muhammad Amin Shaheedi, Chairman Ittehad-e-Ummat, said in his address at the Conference that the whole Muslim Umma stands united for the protection of the honour and dignity of the Holy Prophet (peace and blessings be upon him). He said there is no division amongst us when it comes to expressing our love for the revered personality of our beloved Prophet (peace and blessings be upon him). He said there is seemingly an environment of a clash between the two civilizations. On the one hand, there is Islamic culture and then there is materialistic western civilization on the other. He said the capitalistic system of the west is teetering on the verge of collapse, as it has failed to answer the raging questions of existence facing the people there. He said Islam is the fastest-growing religion in the west today, a fact that is being responded to in extreme anger. He said at times the organizations such as the Taliban and Islamic State are established to malign Islam and the gang of Boko Haram is brought into being at other times. He said the purpose behind such campaigns is to lump Islam with terrorism, stating that such conspiracies can never succeed. He congratulated Dr Tahir-ul-Qadri and MQI on holding the International Mawlid-un-Nabi (pbuh) Conference.

Senior research scholar Ain-ul-Haq Baghdadi presented an introduction of the newly published books of Shaykh-ul-Islam Dr Muhammad Tahir-ul-Qadri, Dr Hassan Mohi-ud-Din Qadri, and Dr Hussain Mohi-ud-Din Qadri. The faith leaders strongly condemned the publication of blasphemous caricatures and termed it as a conspiracy against global peace. They said no religion allows such despicable behavior against the holy personages of other religions.

Internationally known Naat Khawan Hafiz Marghoob Ahmad Hamdani, Akhtar Hussain Qureshi, Prof Abdur Rauf Rufi, Tasleem Ahmad Sabri, Afzal Noshahi, Hamza Noshahi, and Shahzad Brothers had the honour of reciting Naat sharif in their melodious voices. Women and children expressed their happiness on Mawlid-un-Nabi (pbuh) by releasing balloons and pigeons. The proceedings of the Conference got underway at 9 pm and continued until 4 am. Fireworks were on display at the conclusion of the ceremony that came to an end with Dua and recitation of Durood-o-Salam. 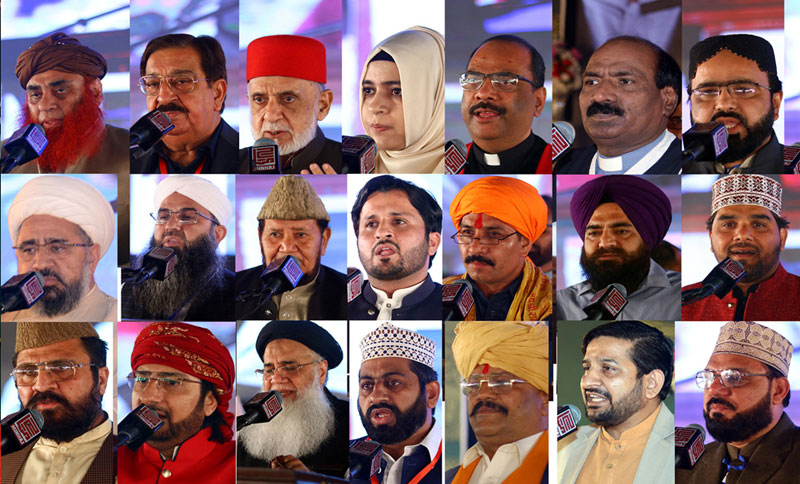 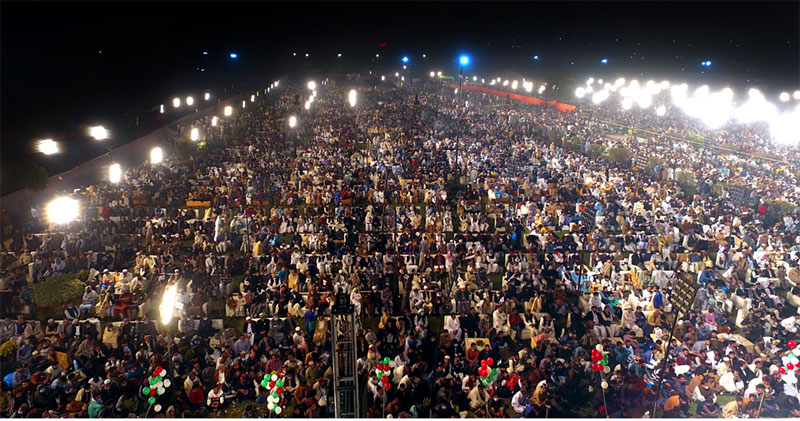