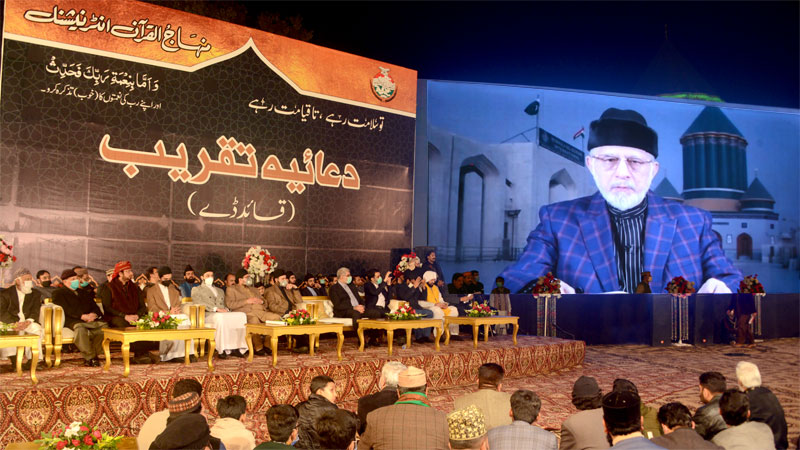 The 70th birthday of MQI founding-leader Shaykh-ul-Islam Dr Muhammad Tahir-ul-Qadri was celebrated around the world including in Pakistan on February 19 with traditional zeal and zest. The central prayer ceremony, which was the highlight of the day's events, was held at the central secretariat.

Shaykh-ul-Islam Dr Muhammad Tahir-ul-Qadri joined the ceremony through a video link and spoke to the participants. He said that one of the objectives of MQI is to strengthen people's relationship with the Holy Quran. He said that it is unfortunate that this relationship has weakened in this day and age marked by materialism. He said that the recitation of the Holy Quran and the understanding of its message is the key to success not only in this world but also in the hereafter. He urged all the people associated with Minhaj-ul-Quran International to focus on strengthening their bond with the Holy Quran.

Dr Tahir-ul-Qadri said that every member of MQI should make the recitation of the Holy Quran along with the translation the part and parcel of their daily life. He said every member and associate who wants to do justice to his association and reiterate his love for him should make sure that they recite the Holy Quran daily till the last breath of their lives. 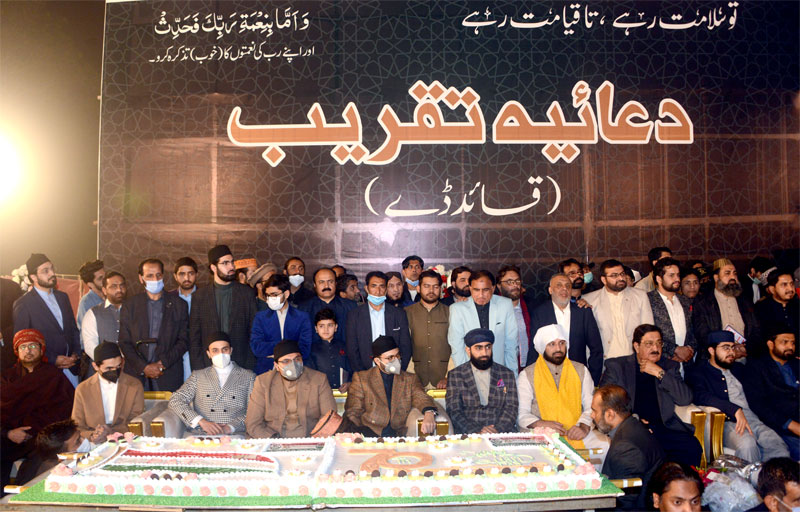 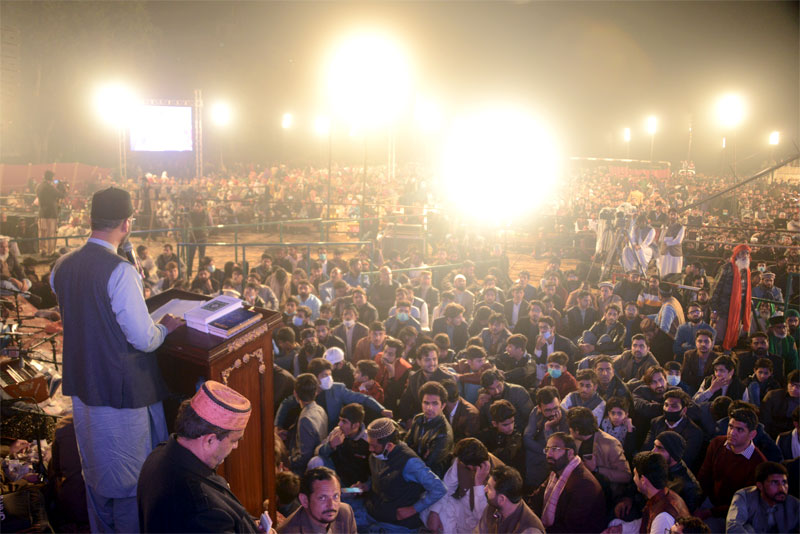 Muhammad Farooq Rana, Director FMRi, presented a brief introduction of the books of Shaykh-ul-Islam published on Quaid Day 2021. FMRi has published seven books representing the seven decades of the life of Shaykh-ul-Islam by way of paying rich tributes to him on his unprecedented services and contributions in various fields. 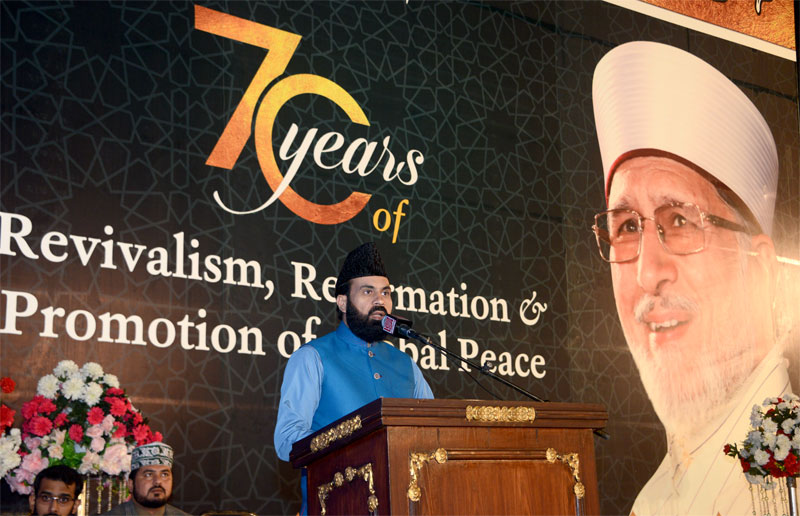 A book of Shaykh-ul-Islam titled "Paikar-e-Jamal of the Holy Prophet (pbuh)" was launched as an audiobook in the ceremony. The melodious voices of renowned host Safdar Ali Mohsin has added to the majesty and beauty of the book.

Hajj Karim Mansouri, a renowned Qari from Iran, recited the verses from the Holy Quran in his unique and characteristic style. Sahibzada Tasleem Ahmad Sabri, Muhammad Afzal Noshahi, Shahzad Brothers, Zaheer Bilali Brothers, and other Naat Khawans had the honour to recite the Naat. Qawwal Faiz Ali Faizi and the party and Asif Ali Santo and the party presented a beautiful spiritual kalam on the occasion. 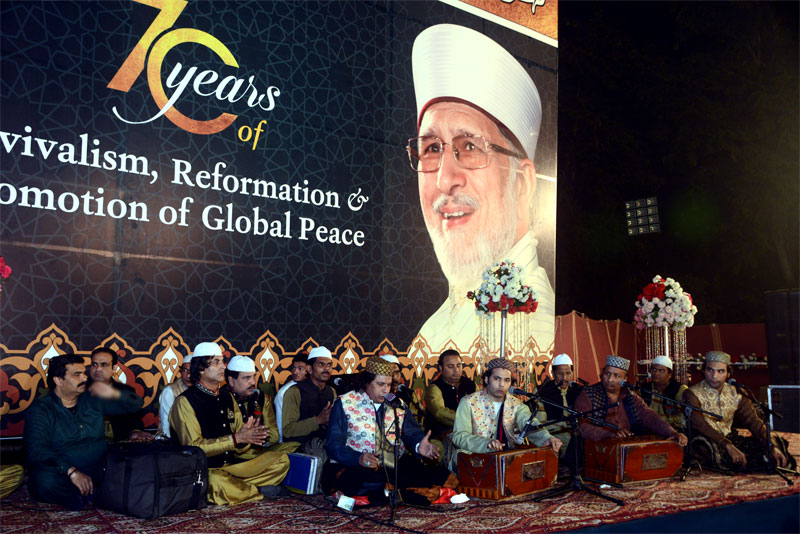 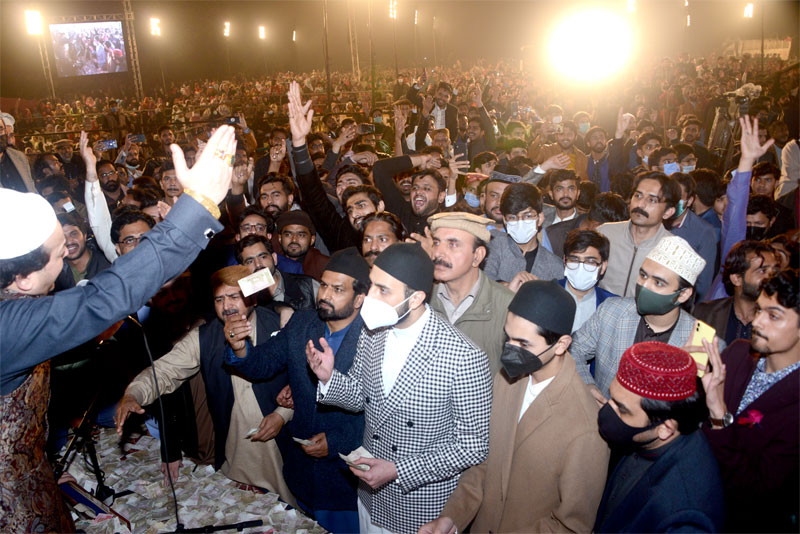 The prayer ceremony came to an end at 2:45 am. Umrah tickets were given to the lucky draw winners to mark the celebration of Shaykh-ul-Islam's 70th birthday. The presentation of greetings and salutations on the Holy Prophet (pbuh) was the last activity in the event. 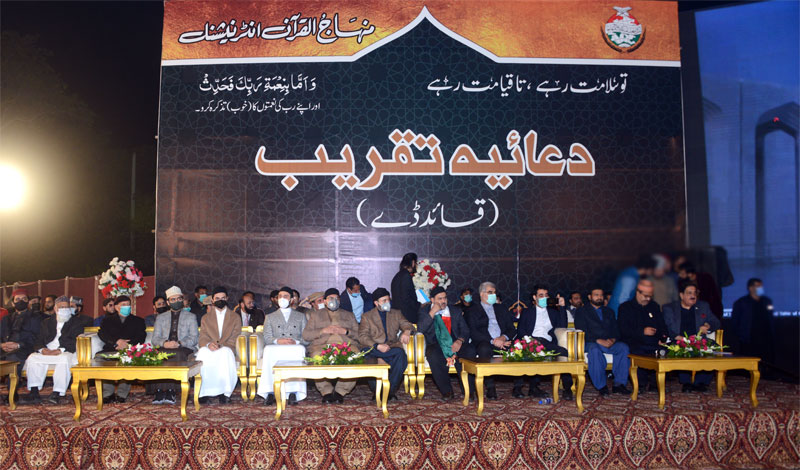 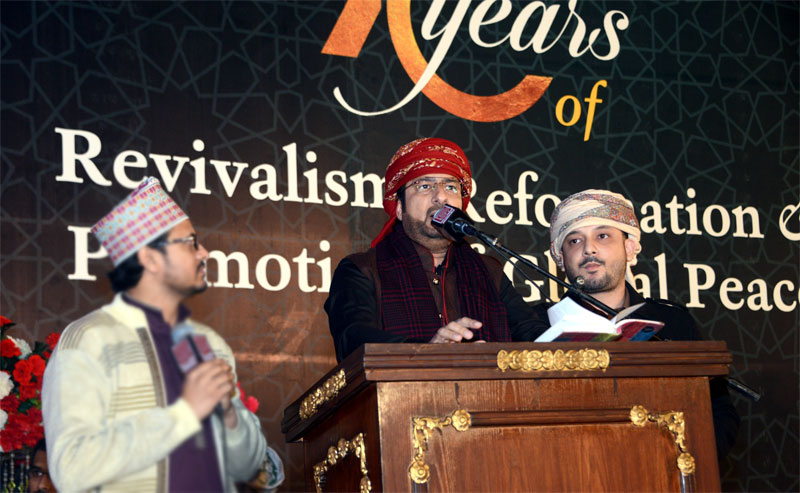 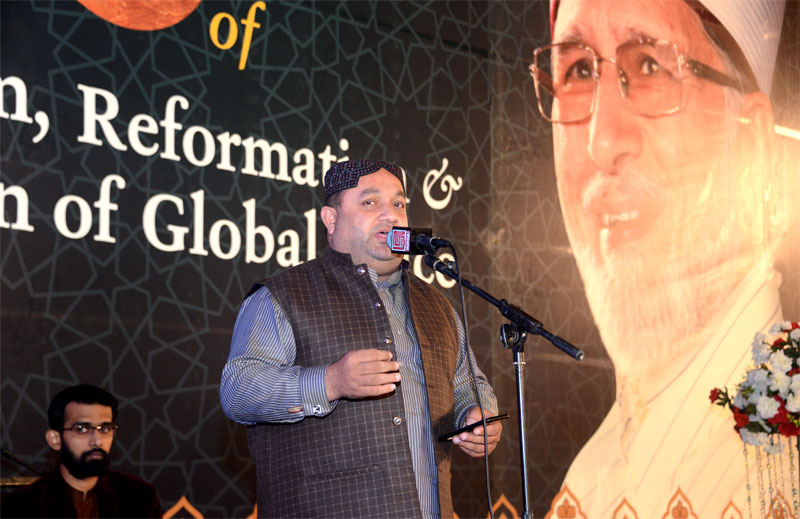 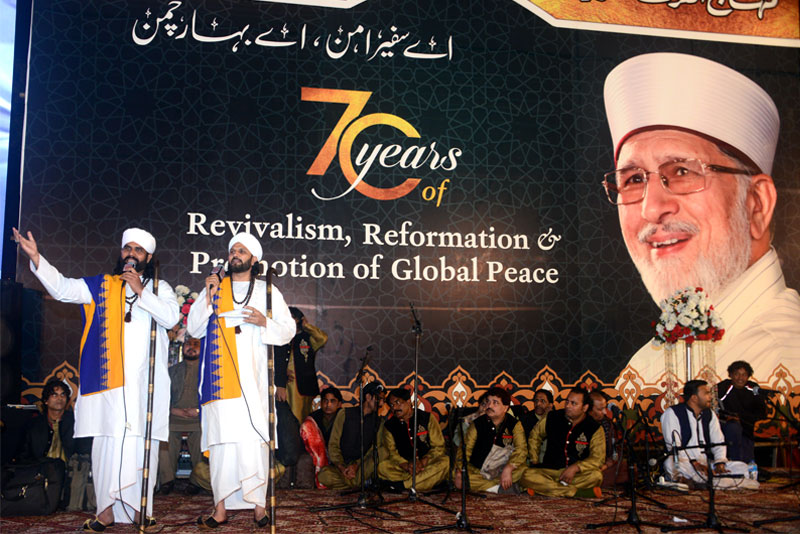 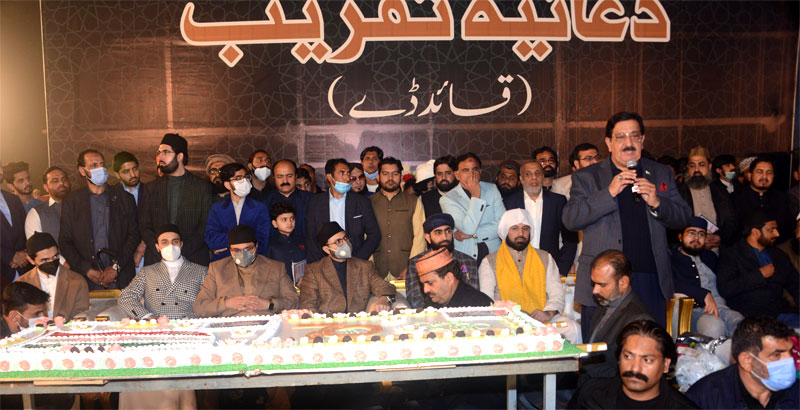 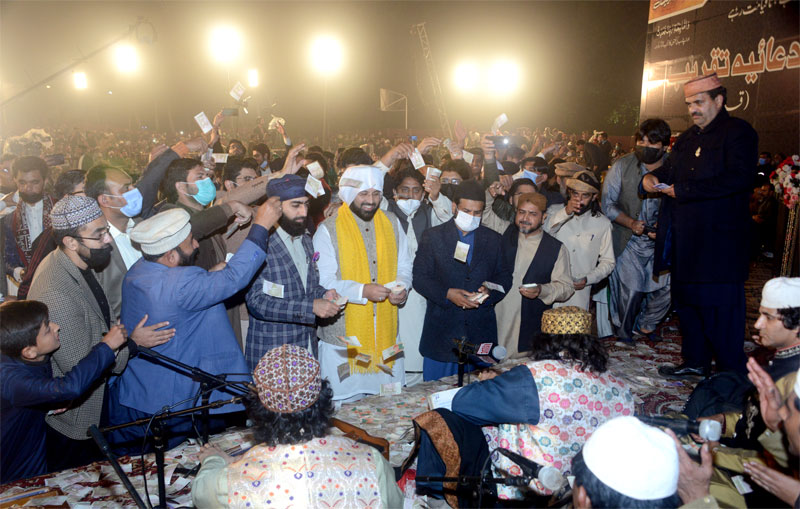 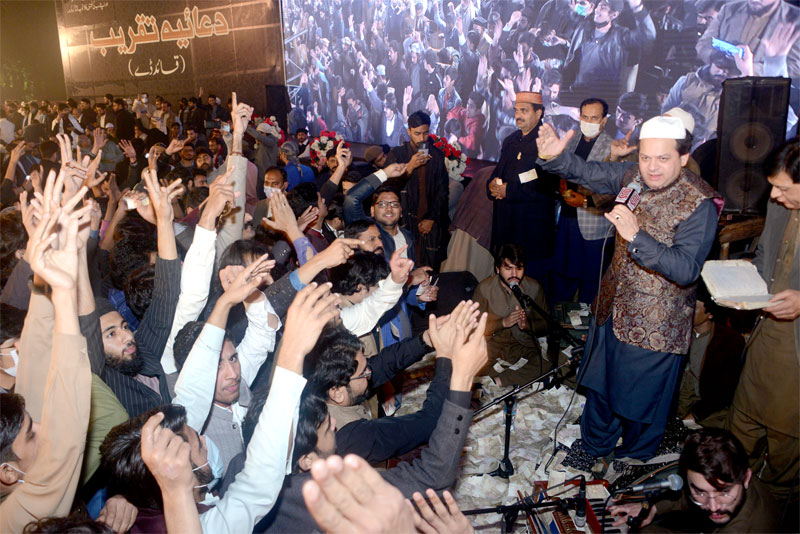 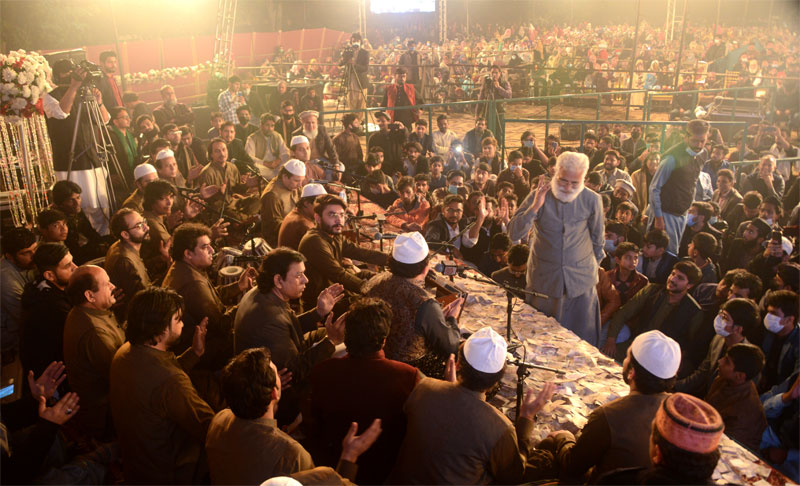 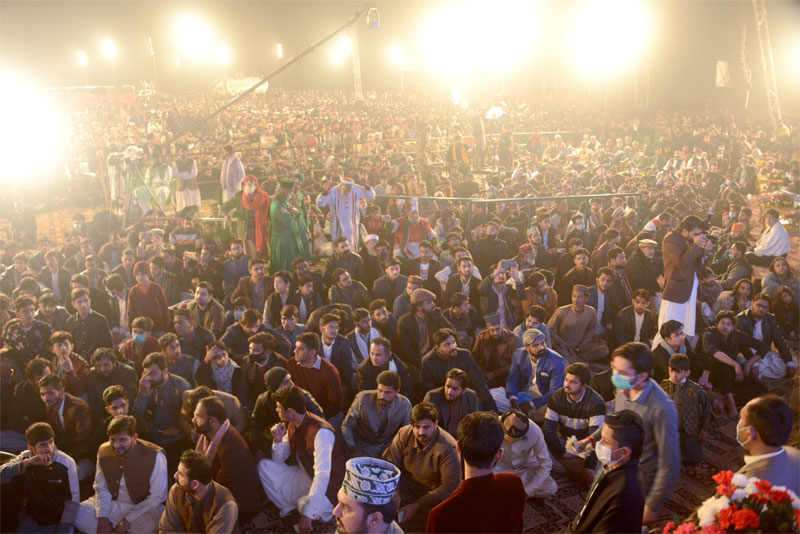 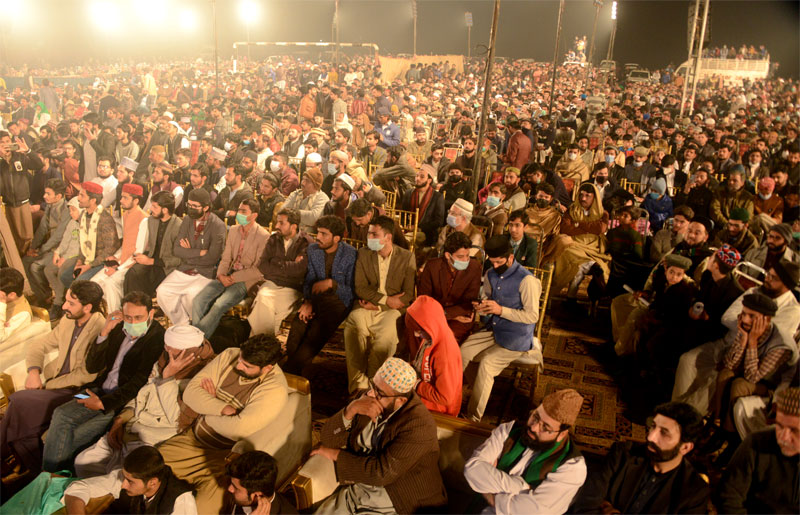 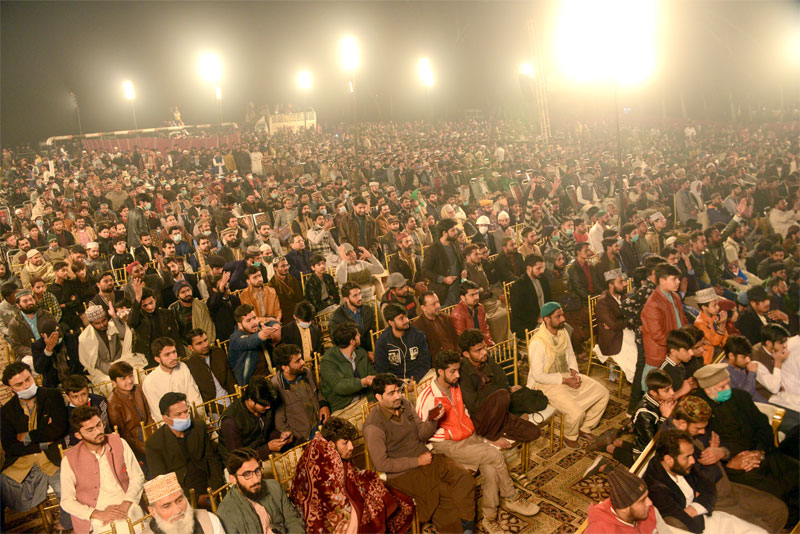 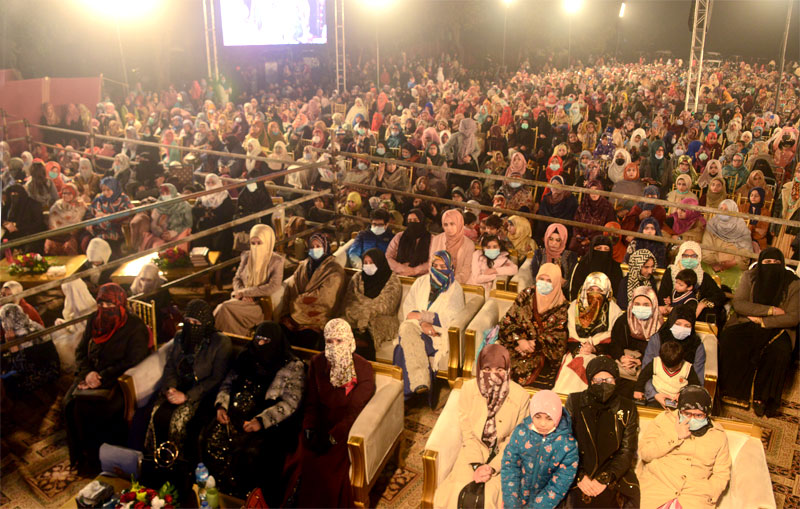 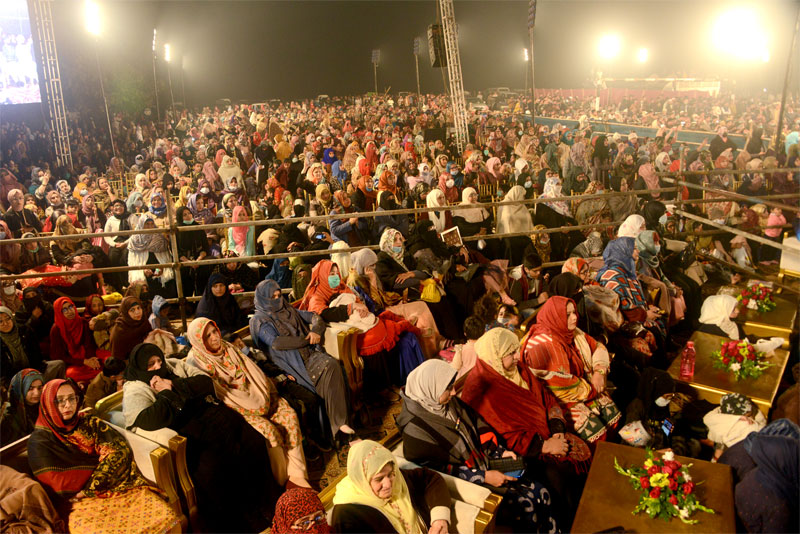 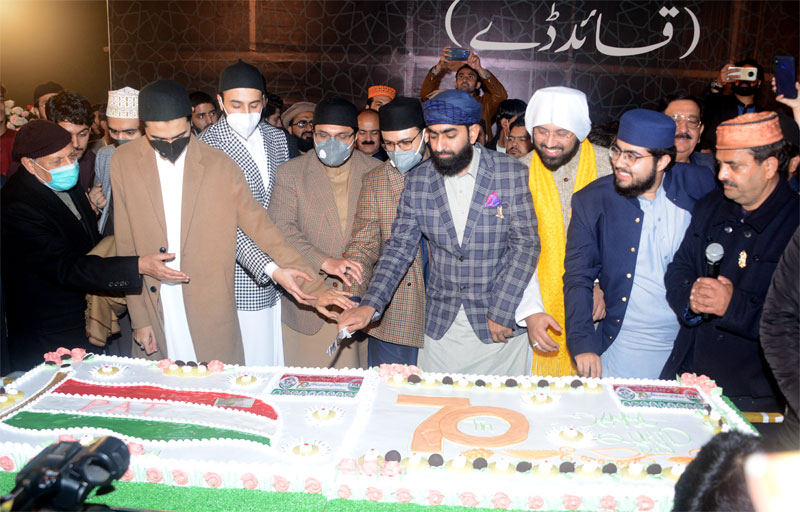