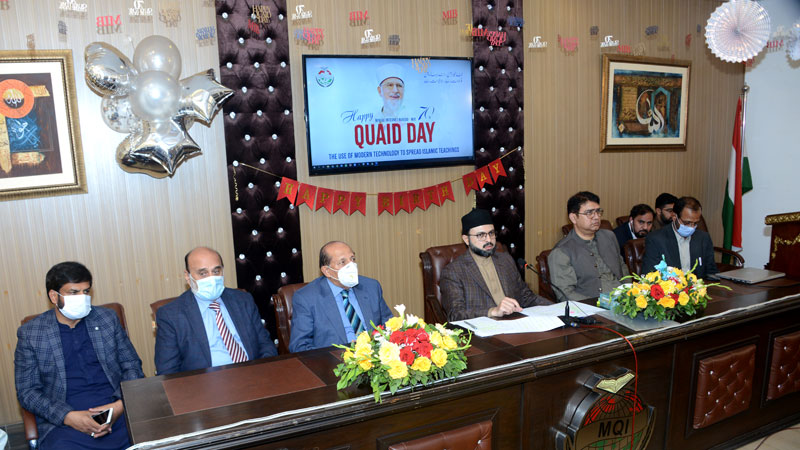 Addressing a ceremony titled "Shaykh-ul-Islam's use of modern means in the promotion of Islam" held under the banner of the Minhaj Internet Bureau (MIB) to mark the birthday celebrations of Shaykh-ul-Islam Dr Muhammad Tahir-ul-Qadri, Chairman MQI Supreme Council Dr Hassan Mohi-ud-Din Qadri said that the attribute of a revivalist is that he undertakes the task of reviving the faith in accordance with the contemporary requirements, and creates an atmosphere of mutual respect, forbearance, and openness in attitude by doing away with extremism, hatred, and radicalism.

Dr Hassan Mohi-ud-Din Qadri said that Shaykh-ul-Islam Dr Muhammad Tahir-ul-Qadri is the revivalist of our times who started his revivalist efforts by setting up Minhaj-ul-Quran in 1980 and worked wonders over the forty years in a way that people are left wonderstruck. He said when our religious class was reluctant to adopt modern technology, Shaykh-ul-Islam employed the most modern means of communication for the promotion of the universal message of Islam. He further said that a distinguishing aspect of Shaykh-ul-Islam's personality is that he contributed to every aspect of life and established his individuality, stating that it suits the revivalist to use the contemporary requirements. 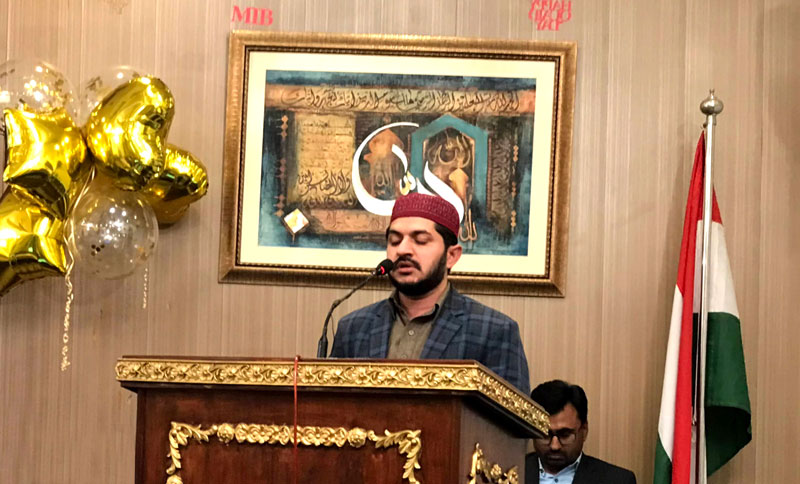 The ceremony got underway with the recitation of the Holy Quran by Qari Khalid Hameed Kazmi. Ahsan Qureshi and Hafiz Usama Majeed had the honour to recite Naat. Yameen Mustafavi and Sanaullah Tahir conducted the proceedings. IT Manager Muhammad Sanaullah presented the welcome address and stated that the birthday of Shaykh-ul-Islam is the day of reiterating our pledge and expressing our gratitude to Allah Almighty. He said that all departments of the central secretariat express their love, reverence, and respect in different ways. He said that MIB has arranged the ceremony to convey its gratitude to Shaykh-ul-Islam. 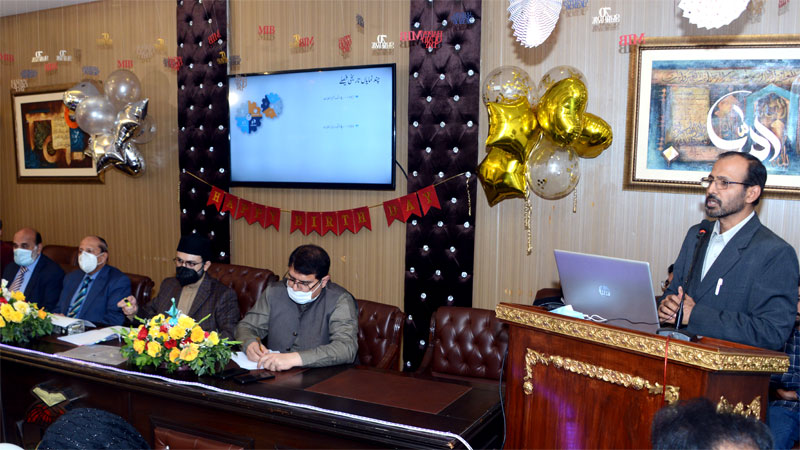 Speaking on the occasion, Director MIB Abdul Sattar Minhajian said that people are aware of the importance of modern means of communication at individual and collective levels today. He said that if you go back in time three decades ago, the situation was the other way round. He said that every religious class looked at everything western with suspicion, hesitated from using modern technology, and churned out religious edicts against those using such technology. He said that Shaykh-ul-Islam performed the following feats by using modern technology for the promotion of Islam:

Abdul Sattar Minhajian presented a comprehensive report on the establishment of the Minhaj Internet Bureau, its historic successes, and the performance in recent years. Chairman MQI Supreme Council greatly appreciated MIB for its hard work and achievements.

Sharing his views on the occasion, Naib Nazim-e-Aala Noorullah Siddiqui said that the personality of Shaykh-ul-Islam is impressive in every aspect. He said that the effects of his personality can be seen on every walk of our national life. He decided to utilize modern technological means of communication at a time when few had an understanding of the importance of social and digital media. He said it is for this reason that MQI is at the forefront of every forum of digital and social media and its workers exhibit the most civilized conduct in their online interactions.

Chairman MQI Supreme Council Dr Hassan Mohi-ud-Din Qadri congratulated the whole team of the Minhaj Internet Bureau on arranging a splendid ceremony to mark Quaid Day. The birthday cake was cut at the conclusion of the ceremony followed by Dua for the good health and the long life of Shaykh-ul-Islam. 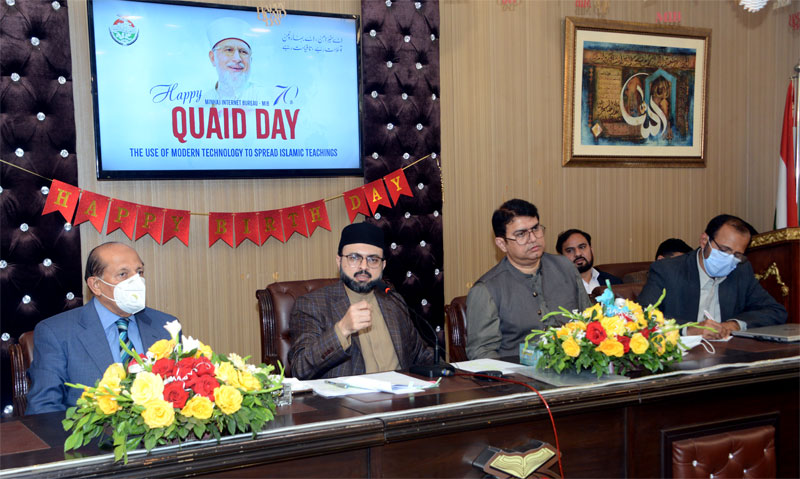 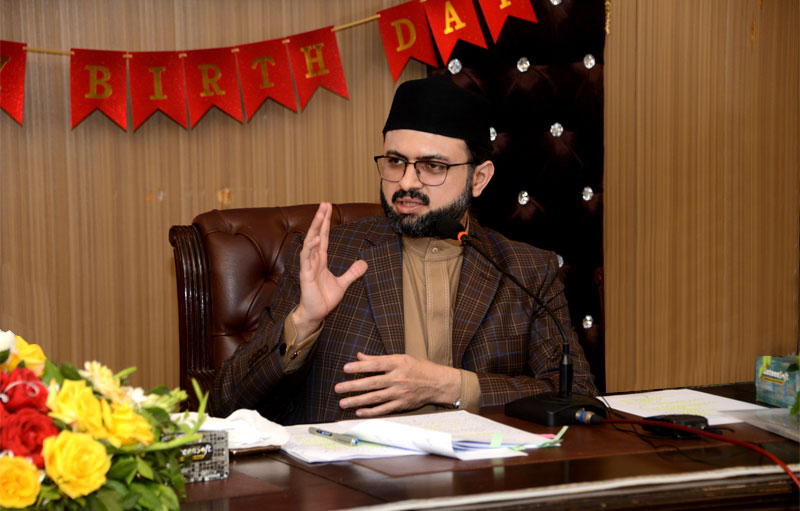 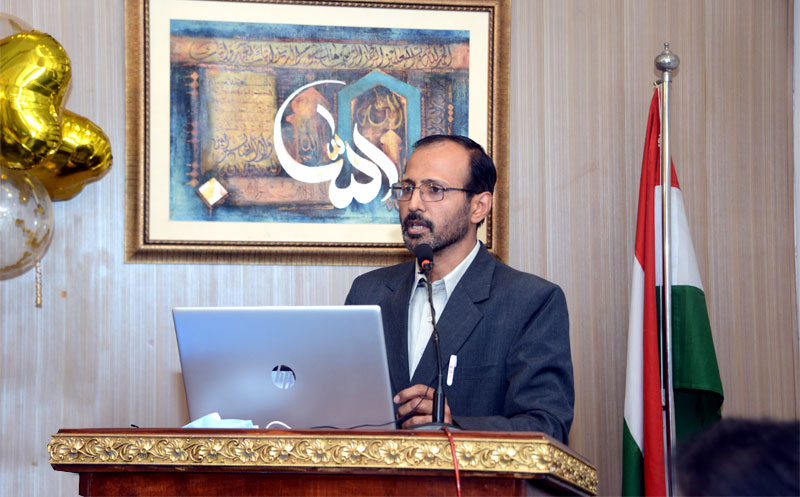 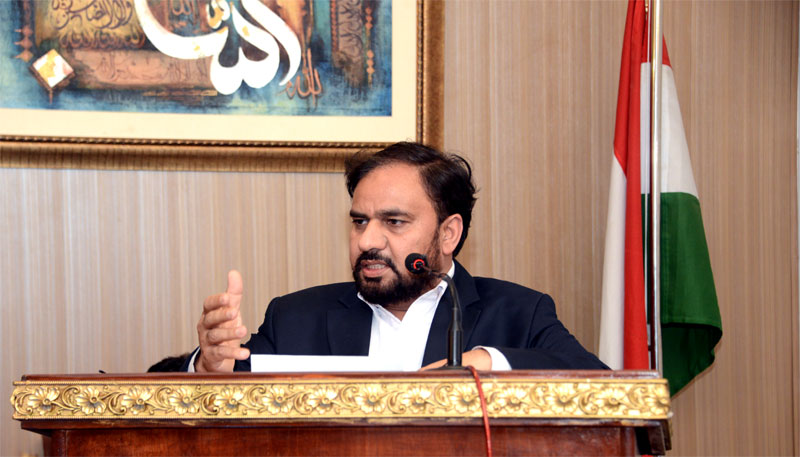 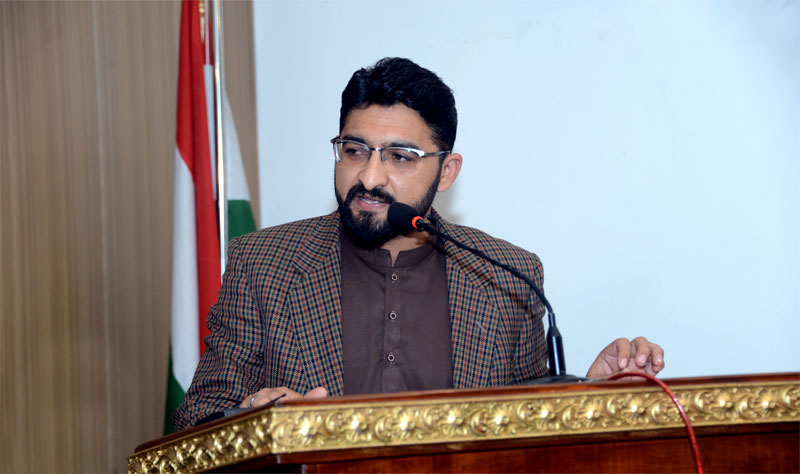 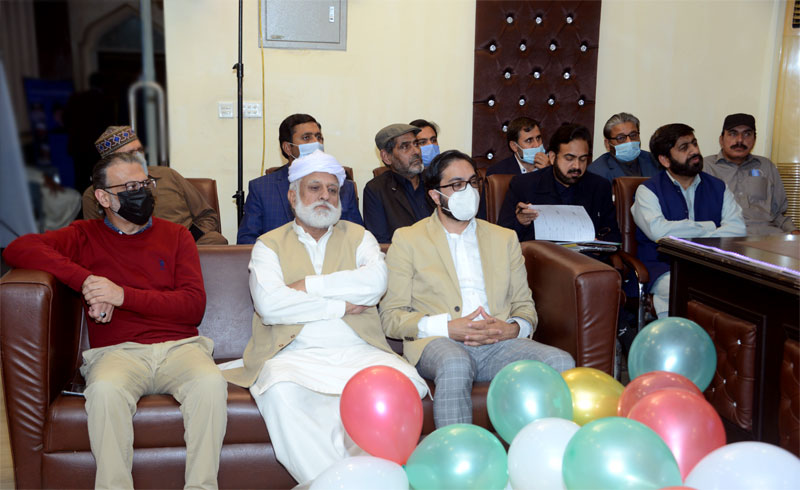 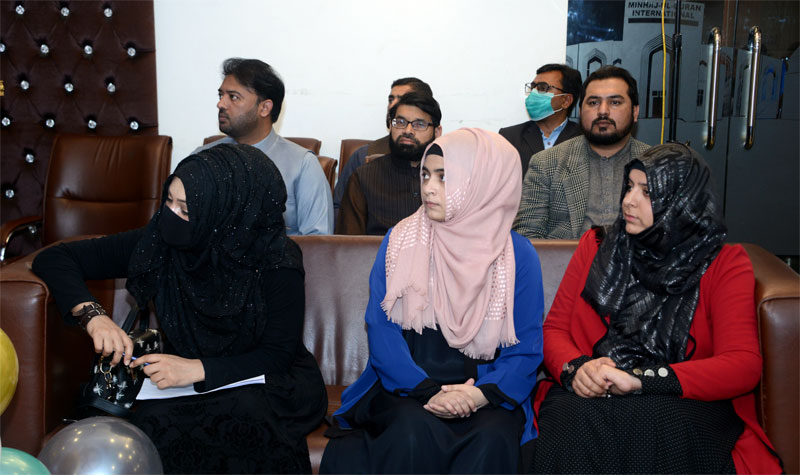 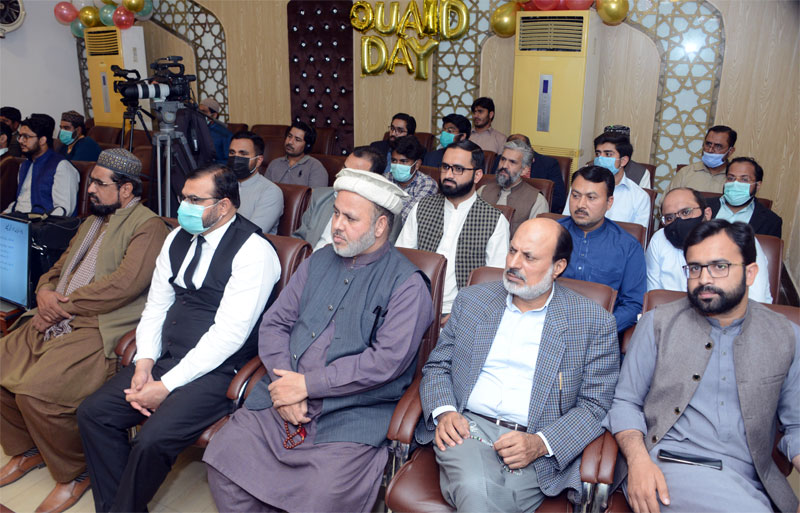 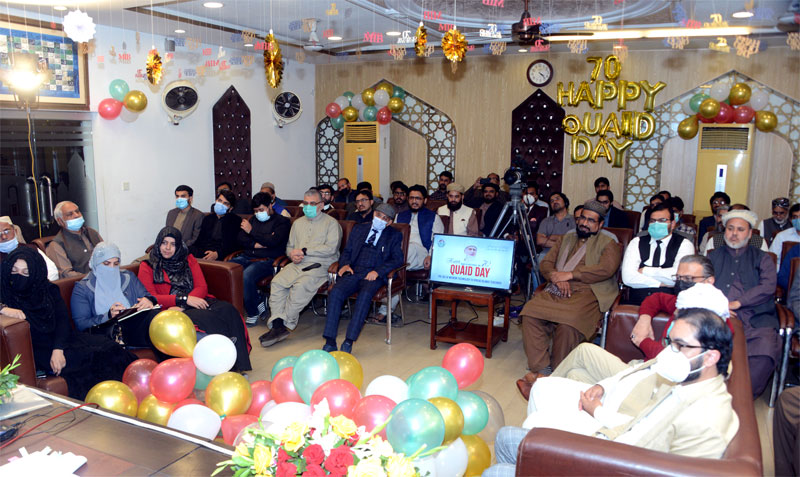 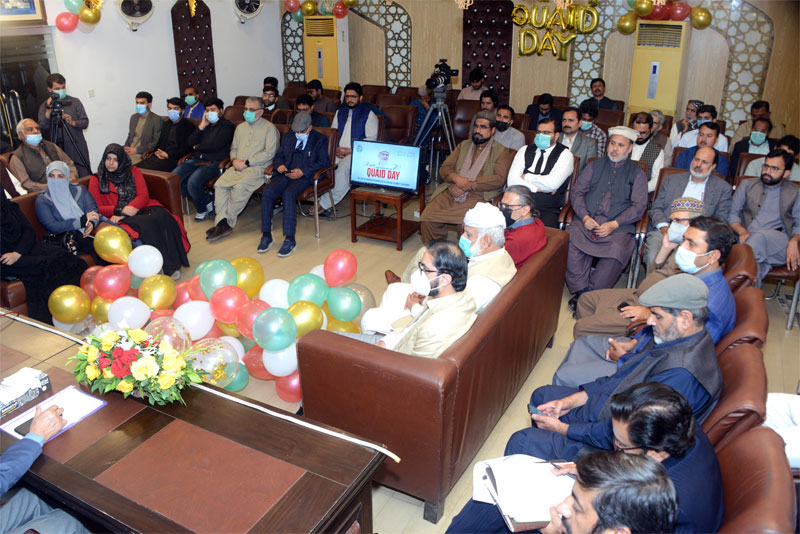 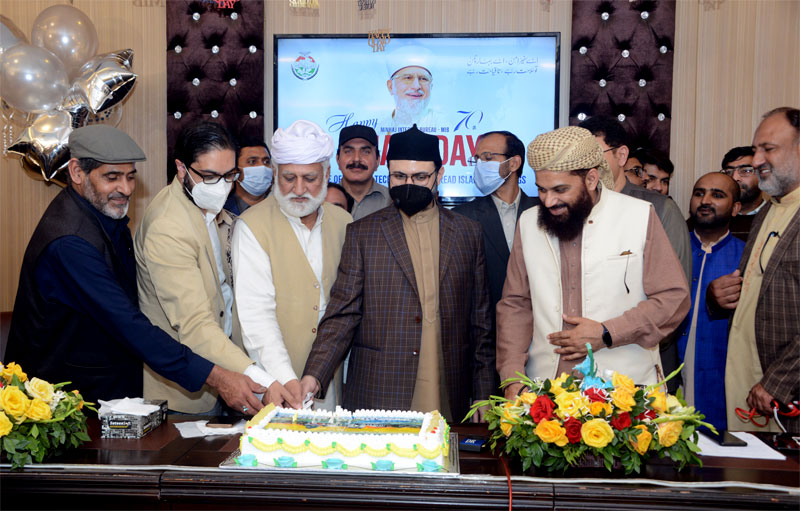 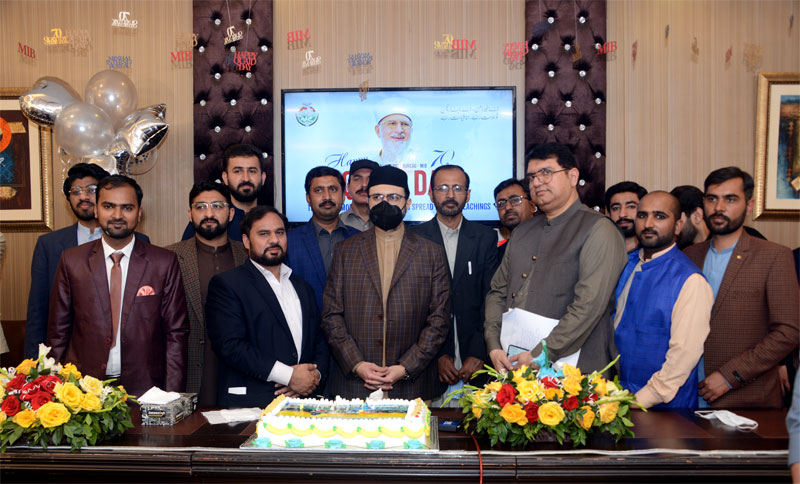 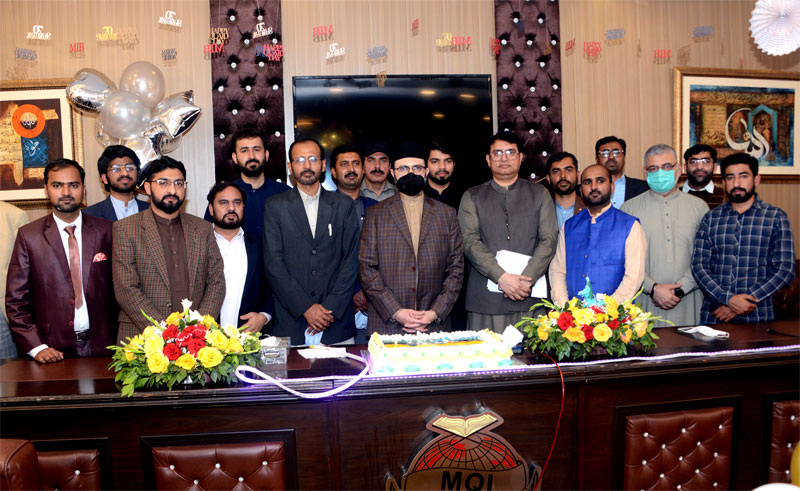 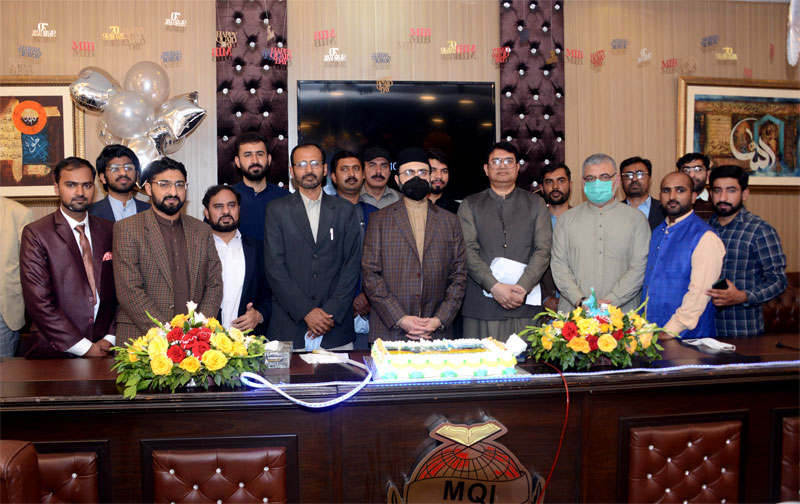 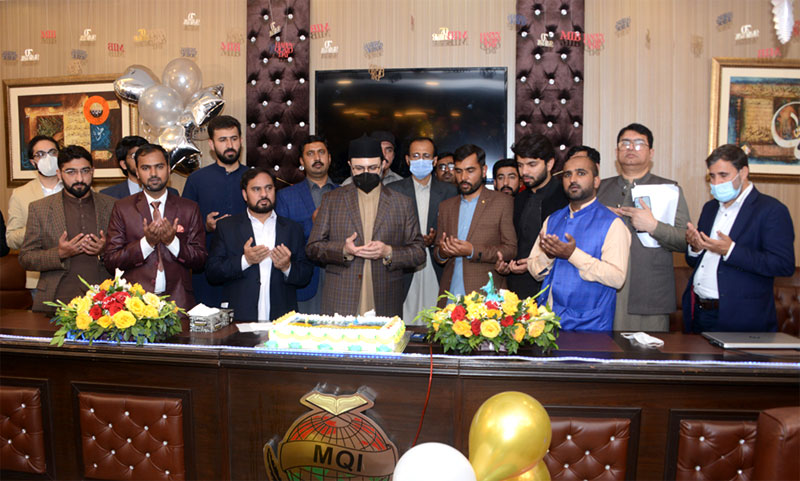 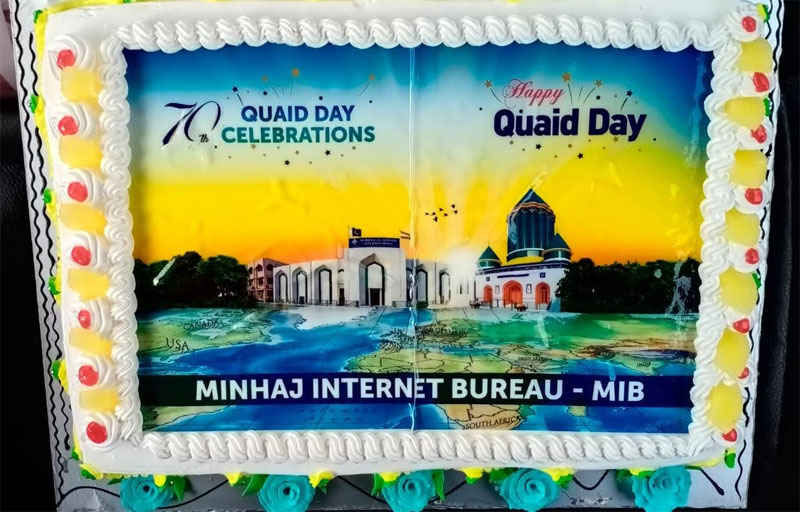 A special Dua was also made for the departed soul of Rashid Shahzad, the former member of the Minhaj Internet Bureau. 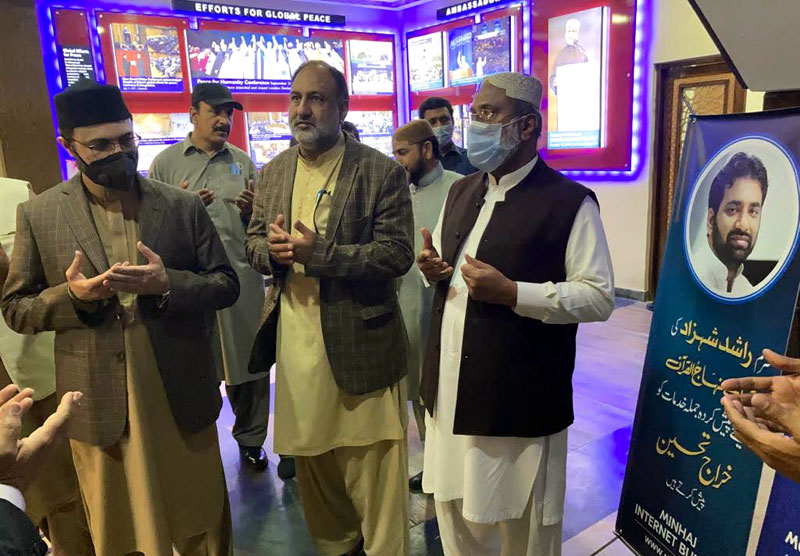