Educated people should convey their knowledge & skill to others: Dr Tahir-ul-Qadri 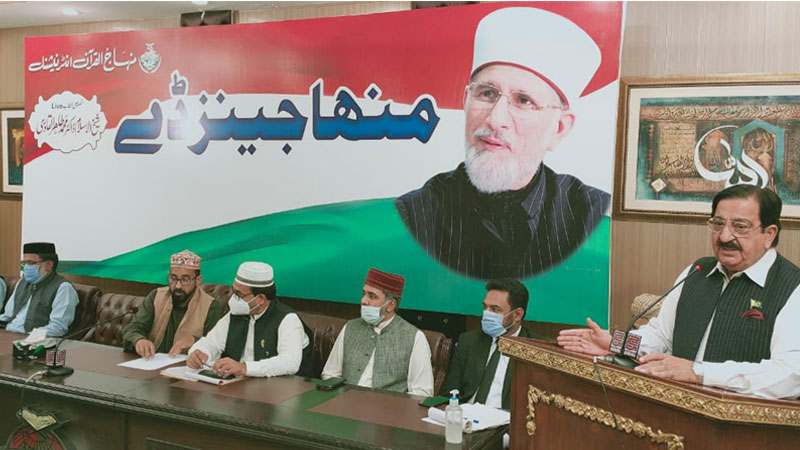 Minhaj-ul-Quran International (MQI) founding leader Shaykh-ul-Islam Dr Muhammad Tahir-ul-Qadri has said that educated people and professionals should convey their knowledge and skill to others. He said that knowledge is the only wealth that increases by sharing it with others. He said that educated people will have to come forward and play their national duty of imparting skills and education to people around them, adding that it is the best act and form of worship that has great rewards from Allah Almighty.

Dr Tahir-ul-Qadri made these remarks while addressing a special ceremony to mark the Minhajians Day held by the graduate scholars of COSIS through an audio link. He said that the scholars of MQI are rendering exemplary services in various walks of life both inside as well as outside of Pakistan. He said that these scholars are prie of MQI and carrier of peaceful ideology and thought of the movement.

Minhajians from more than 60 cities of Pakistan attended the ceremony through virtual means and expressed the resolve that they would play their role in guiding and mentoring others in light of their knowledge and practical experience.

Dr Naeem Anwar Nauman told the gathering that the Minhajians Forum was set up on April 17, 1992, after the graduation for the first batch of students from COSIS. He said that the Forum has been holding its meetings regularly ever since. He said that hundreds of scholars are serving Islam and Pakistan in different walks of life at the moment. He said that 40 scholars belonging to the Minhajians have got PhD degrees and about the same number of people is close to finishing their degrees.