Iftar dinner held in honor of students of Aghosh Complex 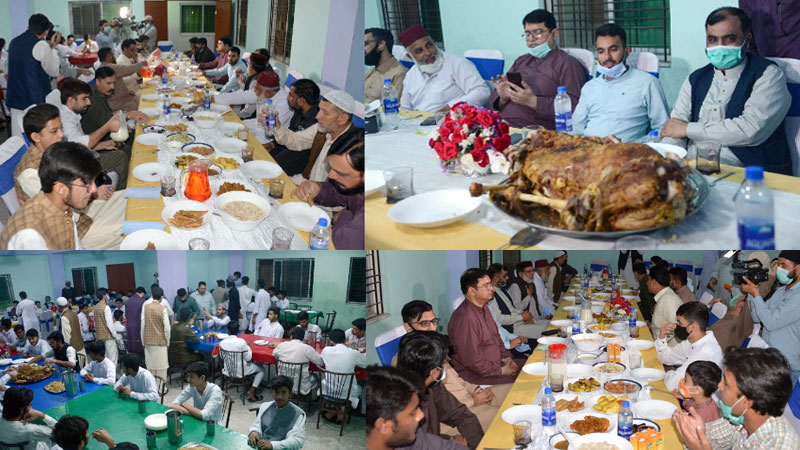 An Iftar dinner was arranged in the honour of the orphan children living in Aghosh Complex, the grand welfare project of MQI. Speaking on the occasion, Naib Nazim-e-Aala (Media Affairs) Noorullah Siddiqui said that Shaykh-ul-Islam Dr Muhammad Tahir-ul-Qadri set up Aghosh Orphan Care Home after the disastrous earthquake of 2005 that decimated AJ&K and parts of Pakistan. He said that a large number of children who were admitted to Aghosh in 2005 have completed their higher education, stating that one of the children recently got a commission in Pakistan Army. He said that Islam has enjoined upon its followers to treat the orphan with affection, love and care. He said that Aghosh Care is operating under the supervision of MQI President Dr Hussain Mohi-ud-Din Qadri.

Director Aghosh Col. (r ) Mubahsar Iqbal also expressed his views at the Iftar dinner. He said that we look after the orphan children with the same care and love that we reserve for our own children. He said that the instructions of Shaykh-ul-Islam are quite clear in this respect wherein he has said that these children are like his own and no stone should be left unturned to providing them excellent education and spiritual training.