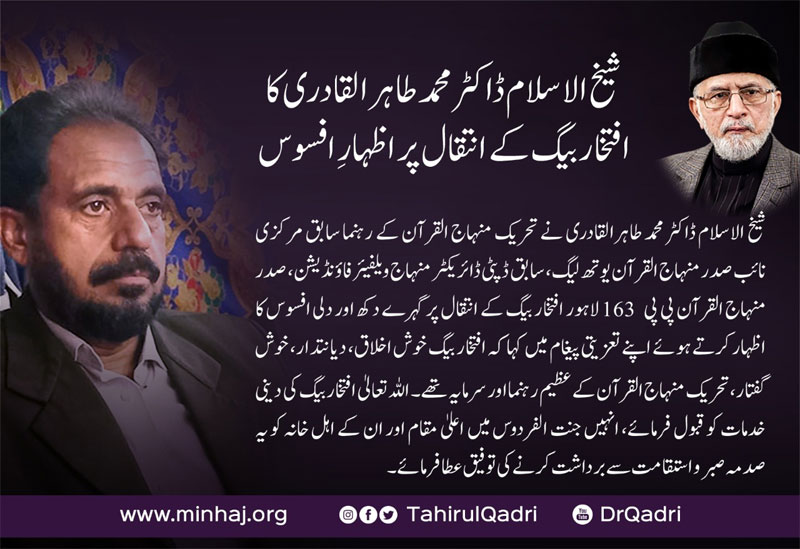 MQI founding-leader Shaykh-ul-Islam Dr Muhammad Tahir-ul-Qadri has expressed his deep sense of grief and sorrow on Iftikhar Baig's death. He was former central vice president MYL, former deputy director Minhaj Welfare Foundation, and president MQI PP-163. In his condolence message, Shaykh-ul-Islam paid rich tributes to Iftikhar Baig for his contributions for the mission and said that his death represents a great loss not only to the bereaved family but also to the MQI family. He said that Iftikhar Baig was a dedicated worker whose loyalty and honesty was well-known. He prayed to Allah Almighty to rest the departed soul in peace and give patience to his family to bear this irreparable loss.

It is important to mention that Iftikhar Baig got severely injured in a road accident a month and half ago. He remained under treatment at the General Hospital Lahore but succumbed to the injuries and departed this mortal world.