MQI to arrange spiritual gatherings during the holy month of Muharram 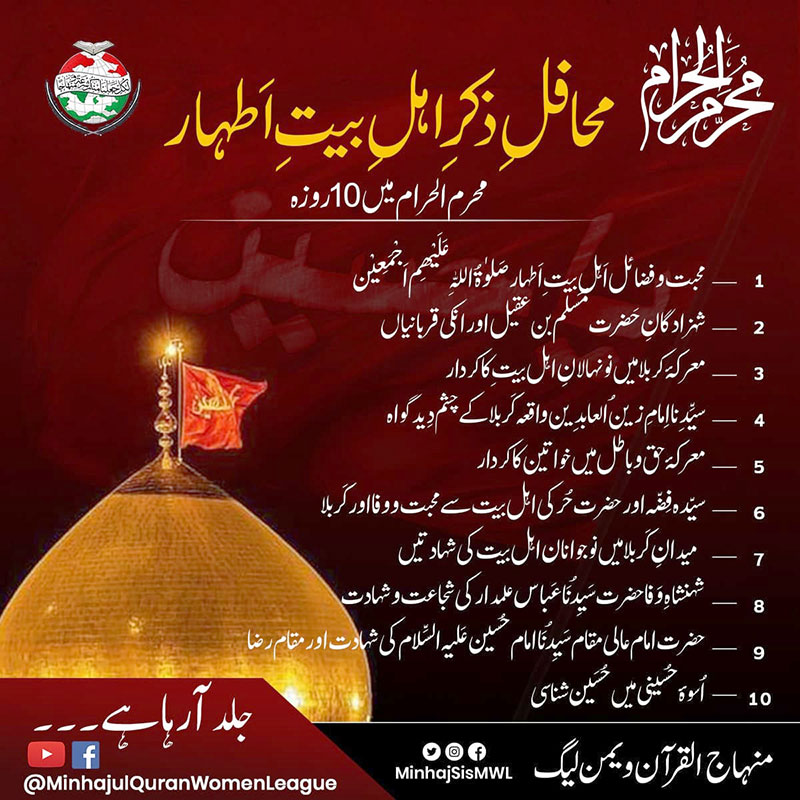 The Courses department of MQI and Minhaj-ul-Quran Women League have announced 10-day intellectual gatherings during the first ten days of the holy city of Muharram. Sayyida Zaynab (sa) Conferences will be held throughout the country at the district and PP levels under the banner of MWL. The ceremonies will also take place from the 5th to the 15th of Muharram at the central secretariat in which scholars will throw light on the meaning, symbolism of the incident of Karbala.

MWF's Eagers forum will also arrange gatherings for the children to make them aware of the tragedy of Karbala and what it stands for. MWL Secretary General Sidra Karamat said that the purpose of these programs is to inculcate the love of the Holy Prophet (pbuh) and his family among the people. She said that these gatherings will be addressed by central president Ms. Farah Naz, Sidra Karamat, Aneela Ilyas Dogar, Umm-e-Habiba Ismail, Ayesha Mubashir, Arfa Urooj, Umm-e-Kalsoom, Aimen Yousaf and others.