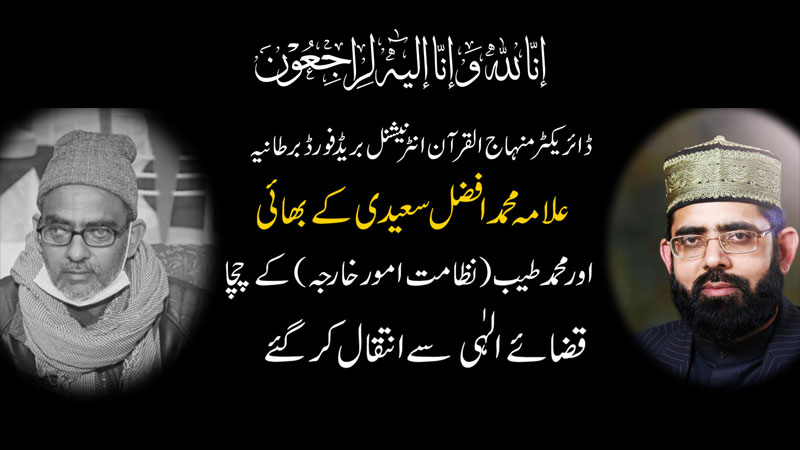 Shaykh-ul-Islam Dr Muhammad Tahir-ul-Qadri has expressed his deep sense of grief and sorrow on the death of Asghar Ali, the younger brother of Muhammad Afzal Saeedi, former president of MQI Executive Council UK and uncle of Muhammad Tayyab (Assistant Director Directorate of Foreign Affairs). In his condolence message, he prayed to Allah Almighty to rest the departed soul and give Sabr to the bereaved family to bear this massive loss.

GM Malik told that Qul khawani will be held for the departed soul at the Tefeez-ul-Quran Institute at 11 am and after Zahur prayer at the central MQI secretariat on Monday, August 30. GM Malik, Qazi Faiz-ul-Islam, Muhammad Azam, Sharif-ul-Sajjad, and the leaders of MQI Sumandari, Mamu Kanjan, Muridwala attended the funeral prayers for late Asghar Ali. 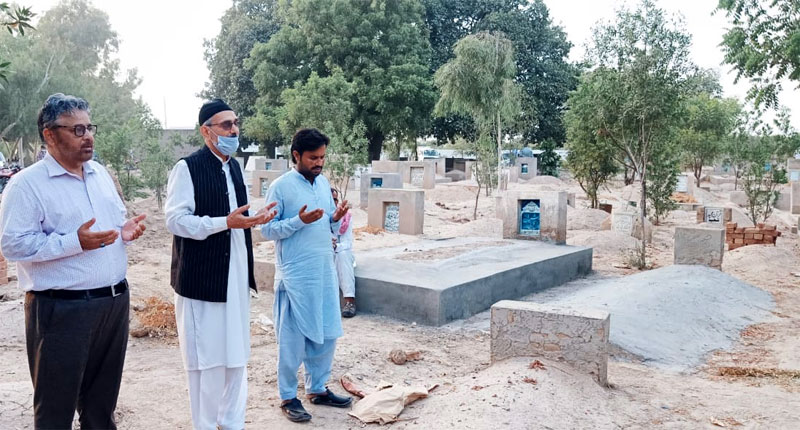