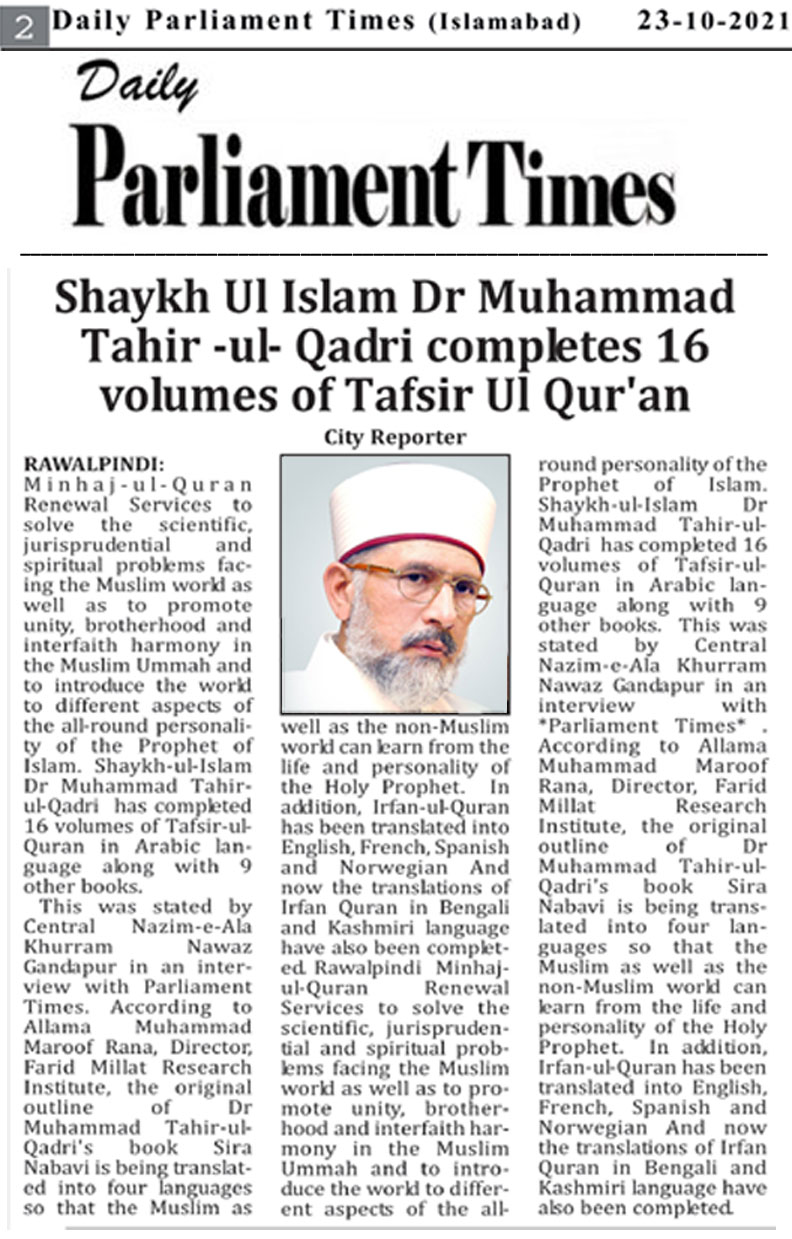 Rawalpindi, (Parliament Times): Minhaj-ul-Quran Renewal Services to solve the scientific, jurisprudential and spiritual problems facing the Muslim world as well as to promote unity, brotherhood and interfaith harmony in the Muslim Ummah and to introduce the world to different aspects of the all-round personality of the Prophet of Islam. Shaykh-ul-Islam Dr Muhammad Tahir-ul-Qadri has completed 16 volumes of Tafsir-ul-Quran in Arabic language along with 9 other books. This was stated by Central Nazim-e-Aala Khurram Nawaz Gandapur in an interview with Parliament Times. According to Allama Muhammad Farooq Rana, Director, Farid e Millat Research Institute, the original outline of Dr Muhammad Tahir-ul-Qadri’s book Sira Nabavi is being translated into four languages ??so that the Muslim as well as the non-Muslim world can learn from the life and personality of the Holy Prophet. In addition, Irfan-ul-Quran has been translated into English, French, Spanish and Norwegian And now the translations of Irfan-ul-Quran in Bengali and Kashmiri language have also been completed.