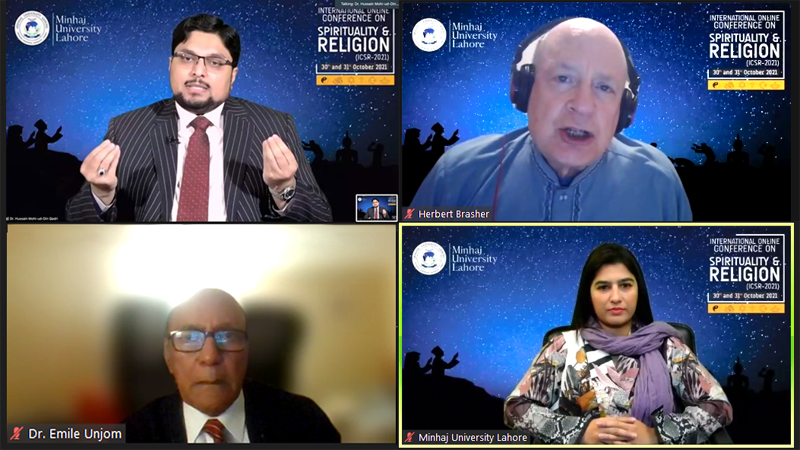 The fourth edition of the two-day International online Conference on Spirituality & Religion (ICSR-2021) began on October 30, 2021 under the banner of Minhaj University Lahore (MUL). The theme of the conference is the inner dimensions of religion: The search for new meaning in ancient tradition. The Conference is organized by the School of Religion & Philosophy Minhaj University Lahore. 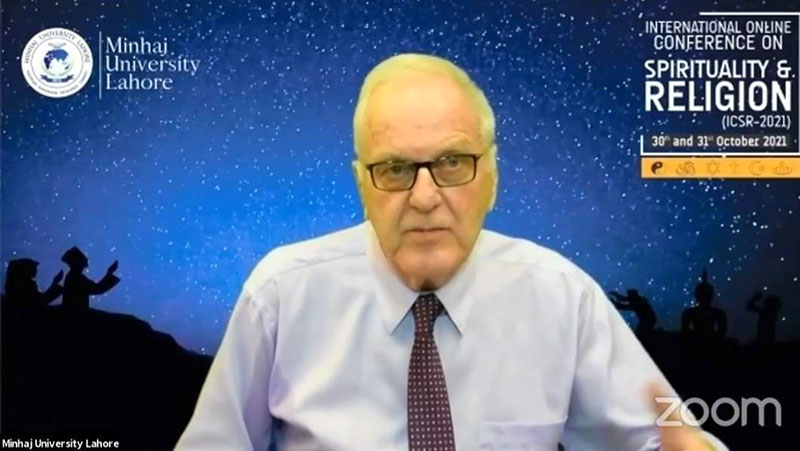 Almost 1000 participants from global academic circles have registered to participate in the virtual conference. Dr. Herman Roborgh, HOD School of Religion & Philosophy introduced the aims and objectives of the conference and said that this conference on Spirituality and World Religions will reflect on alternative ways of thinking and behaving referring to the strength and motivation the religions can give us to become more integrated, balanced and happy human beings. 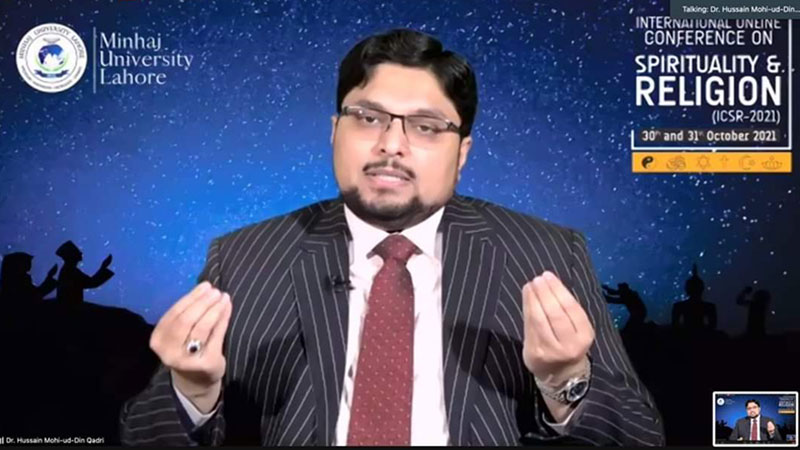 Dr. Hussain Mohi-ud-Din Qadri, Deputy Chairman BOG-MUL, while delivering the keynote speech on the topic of the spiritual journey in Islam explained the concept by stating that most of the religions in the world aim at helping their followers purify and elevate them spiritually. They encourage them to move away from immoral desires and activities. In their view, human-being is a combination of two realities named, body and spirit. He added that a belief of human beings to exist in some form after the experience they term ‘death’ is also a common phenomenon among most religions.

Elaborating the human desire for immortality, he stated that the maintenance of one’s existence after death is one of the essential qualities of human beings. To conclude the concept of the spiritual journey in Islam, he quoted that Abrahamic traditions such as Judaism, Christianity and Islam, and are dependent on the idea of unending life after death, either in heaven or in hell; whereas, the latter is supported by the religions of Indian tradition, such as Hinduism, and Buddhism, and is dependent on the idea of the spirit’s immortality. 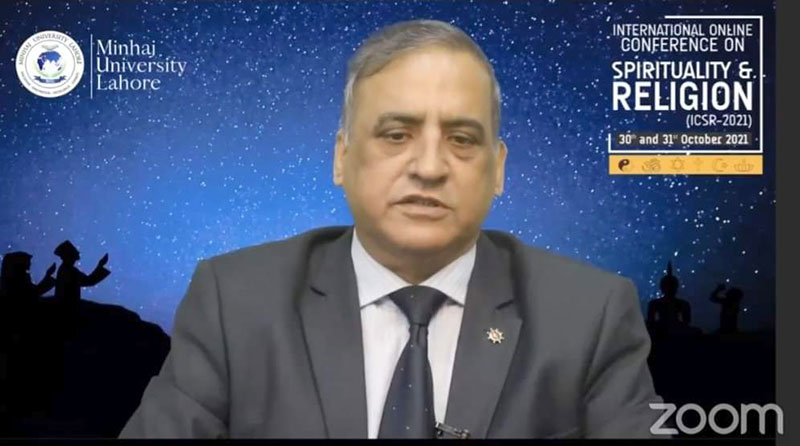 Dr. Sajid Mehmood Shahzad, Vice-Chancellor of MUL, in his welcome address stated that Minhaj University duly understands the importance of academic conferences and believes that the transformation of society into a knowledge economy is only possible through the production of innovative research, which is the ultimate objective of this university.

Conferences, he said, provide an opportunity to interact with national and international speakers; a discourse that becomes the basis of understanding intellectual reality. The discussions of contemporary scenarios, trends, ideas, and directions are the hallmarks to serve the community at large, he added.

It needs to be mentioned that the two-day International Online Conference on Religion & Spirituality held by Minhaj University Lahore has provided a forum for scholars and interested persons from around the world. The faith leaders from different countries, who are participating in this conference, will express their views in an atmosphere of respect and appreciation.

In the two-days Conference (30th-31st October 2021) there would be four keynote speeches, two-panel discussions and presentations of 16 research papers. The virtual Conference will be attended by eminent researchers and scholars from different religions including from Pakistan, Sri Lanka, the USA, Australia and other countries. 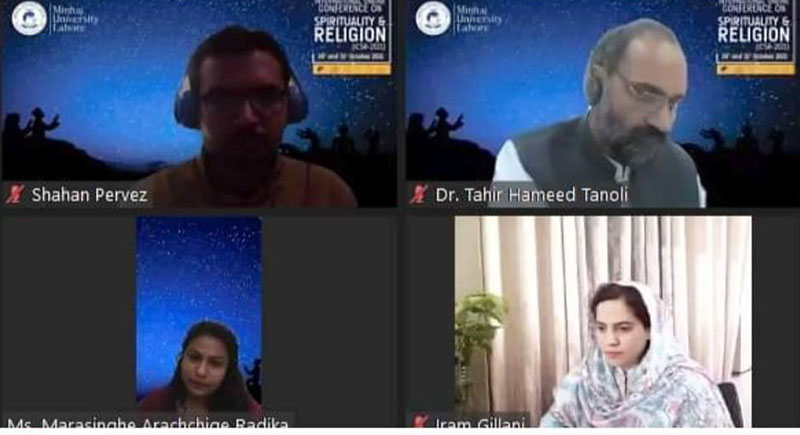