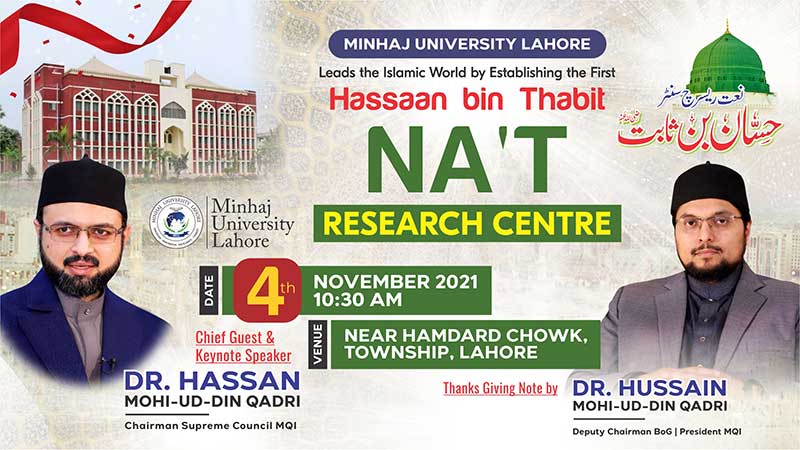 The Minhaj University Lahore (MUL) has taken a lead in the Islamic world by establishing the first Hassaan bin Thabit Na‘t Research Centre.

Founded on the directions of patron-in-chief of Minhaj-ul-Quran International and Chairman Board of Governors of Minhaj University Lahore, Shaykh-ul-Islam Dr Muhammad Tahir-ul-Qadri, the centre will be formally inaugurated by Chairman Supreme Council MQI Dr Hassan Mohi-ud-Din Qadri on Nov 4, 2021.

In a statement, Dr Hussain Mohi-ud-Din Qadri said that the Research Centre will be supervised by the faculty of Languages of the Minhaj University.

Dr Hussain Mohi-ud-Din Qadri said that the Hassaan Chair, under the centre, has also been established which will be offered to a known Na‘t poet, reciter or researcher in recognition of his/her services for a year or so.

The Centre, Dr Hussain said, will collect all books and research works on Na‘t done in Urdu, Arabic, Persian, English and other national and regional languages to facilitate future research on the genre.

Deputy Chairman of the Minhaj University’s Board of Governors said that diploma, masters, MPhil and PhD level courses on Na‘t research will be gradually introduced by the university, which will also hold national and international conferences on the art of Na‘t recitation.

Dr Hussain said that the Centre has been attributed to Hazrat Hassaan bin Thabit (may Allah be well pleased with him). He said the Holy Prophet (blessings of Allah and peace be upon him) would listen to recitation of Na‘t by Sayyiduna Hassaan by making the latter sit on his podium in the compound of the Prophetic Mosque.

Ibn Thabit, he said, is the leading light for Na‘t reciters of all ages and his services will always be acknowledged. 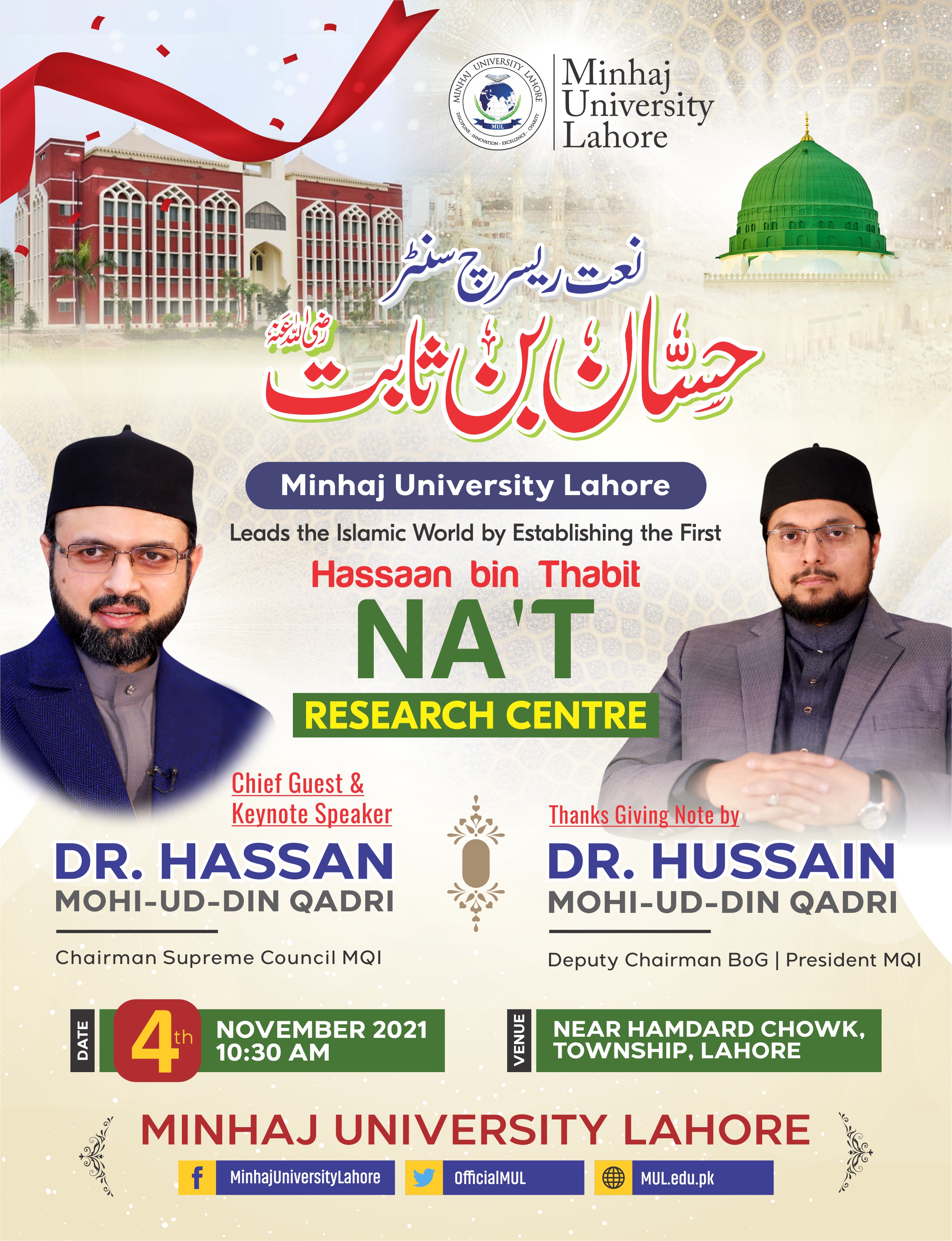