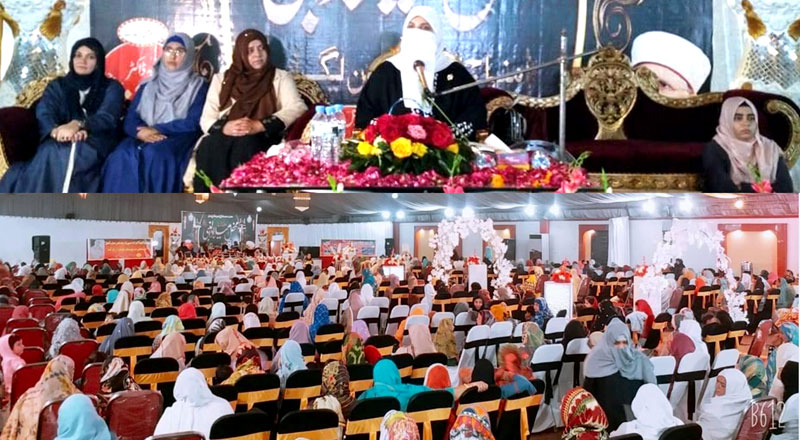 Dr Farah Naz said that when Hazrat Bilal (Radiya-Llahu `anhu), the great companion of the Holy Prophet (pbuh), entered the fold of Islam, he faced extreme cruelty, oppression, torture and violence at the hands of Quraish of Makkah but did not budge an inch from the path of 'Iman' he had chosen. His forbearance and steadfastness became the source of winning the pleasure of Allah Almighty and His beloved Prophet (pbuh), adding that it is after untold sacrifices that we have been blessed with the light of Islam. The Holy Prophet (pbuh) and his loyal companions suffered hardships and gave sacrifices every step of the way in life.

President MWL said that we are lucky to be born as followers of the Holy Prophet (pbuh). She said that we have all the facilities in the world to offer prayers five times a day instead of hardships and have access to all resources for the promotion of Islamic teachings. She said that if we still did not do much to protect our faith in spite of all this facilitation, no one will be a greater sufferer and loser than us. She said that MQI is working day in and day out to spread awareness for reform of self and serving the religion in this day of materialism.