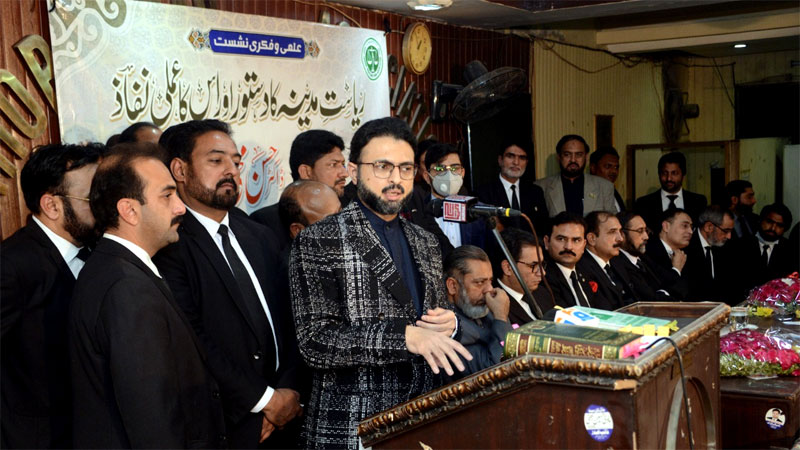 Addressing an intellectual gathering at Aiwan-e-Adl on the topic of "The constitution of the State of Madina and its practical enforcement" held under the banner of Lahore Bar Association, Chairman MQI Supreme Council Dr Hassan Mohi-ud-Din Qadri has said that State of Madina was based on the rule of law and supremacy of justice and peace. He said that the Holy Prophet (pbuh) gave Muslims local government system, provincial autonomy, financial management and justice system. He said that the constitution in the Madina State championed and upheld the concepts of supremacy of law and justice f or all citizens without any discrimination of caste, creed and colour.

Dr Hassan Mohi-ud-Din Qadri said that the first multinational constitutional society came into being through the Madina Pact in which every citizen of the State was given the status of One-Nation. Besides this, every citizen was granted the legal right to freely practice religious, social, and cultural teachings and traditions along with the guarantee of protection of life, property and honour away from the racial and religious identity. He said that the Madina Pact is the first comprehensive constitutional document in world history, which is based on international values and the protection of human rights and interfaith harmony. "It is for the first time that the State of Madina prioritized joint defence, justice, law and order, and political, social and religious rights," he added.

Dr Hassan Mohi-ud-Din Qadri told the participants of the intellectual gathering that the concept of the devolution of power was introduced in the State of Madina by empowering all segments of the state to collect revenues, make decisions, and accept the blood money according to their religious teachings and agreements. He said that loyalty to the state was made binding on each citizen no matter whether he was a Muslim or not. He said that being loyal to the State is the Sunna and command of the Holy Prophet (pbuh).

Chairman Supreme Council said that the Holy Prophet (pbuh) introduced a comprehensive traffic management system in the Madina State for the first time. He (pbuh) ordered the dual way construction of roads. He further said that all Governors and public office-holders were ordered to deposit all the gifts in the Bait-ul-Maal, adding that the Holy Prophet (pbuh) stated that if the State had not given office to the public office-holders, they would not have received any gifts in their private capacity. "A comprehensive system of education is also a gift of the State of Madina," he opined. 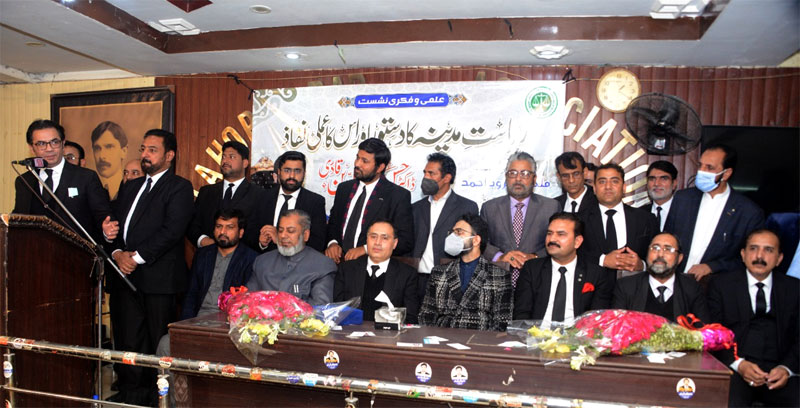 Expressing his views on the occasion, President Lahore Bar Association Sarood Ahmad Malik said that mere rhetoric and empty slogans will not lead to the establishment of the State of Madina. He said that minorities and vulnerable sections of society are demanding the same set of rights today that were available to all the segments of the State of Madina. He said that Dr Tahir-ul-Qadri has rendered valuable services in the fields of education and training of the youth along spiritual and moral lines. He congratulated Chairman Supreme Council Dr Hassan Mohi-ud-Din Qadri for delivering a thoughtful and informative lecture on such an important topic. He went on to add that he was pleased to learn that the thesis of Dr Hassan Mohi-ud-Din Qadri's PhD was on the State of Madina.

M.H. Shaheen Advocate, vice-president of Lahore Bar Association, said in his speech that Prime Minister Imran Khan should carefully read the PhD thesis that Dr Hassan Mohi-ud-Din Qadri wrote on the topic of the State of Madina. He thanked Chairman MQI Supreme Council Dr Hassan Mohi-ud-Din Qadri for sparing time to address the Lahore Bar Association members on an important topic, adding that "we greatly enjoyed the address, as it was full of wisdom and information about the details of the system that was put in place in the State of Madina." 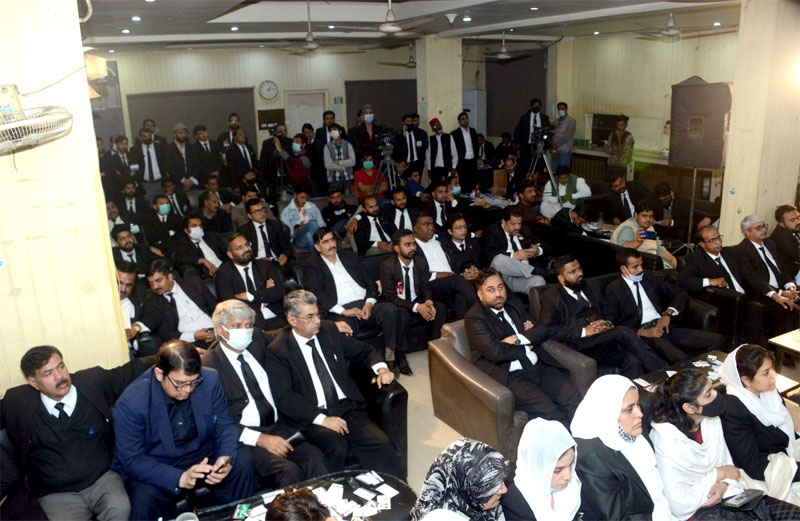 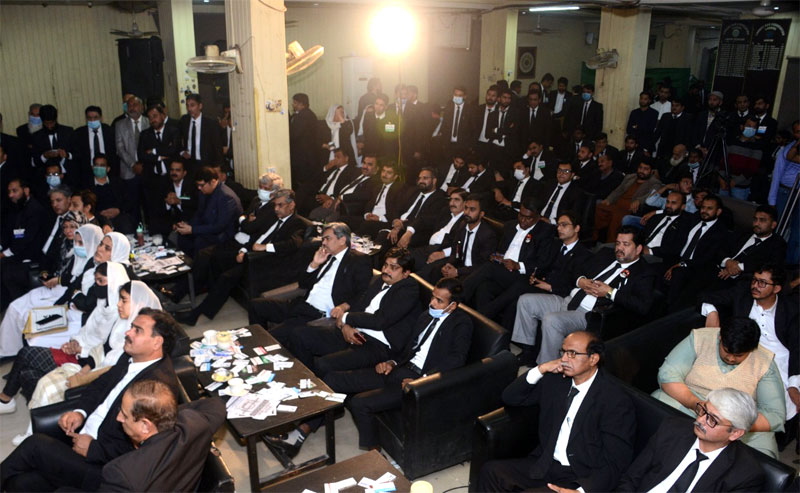 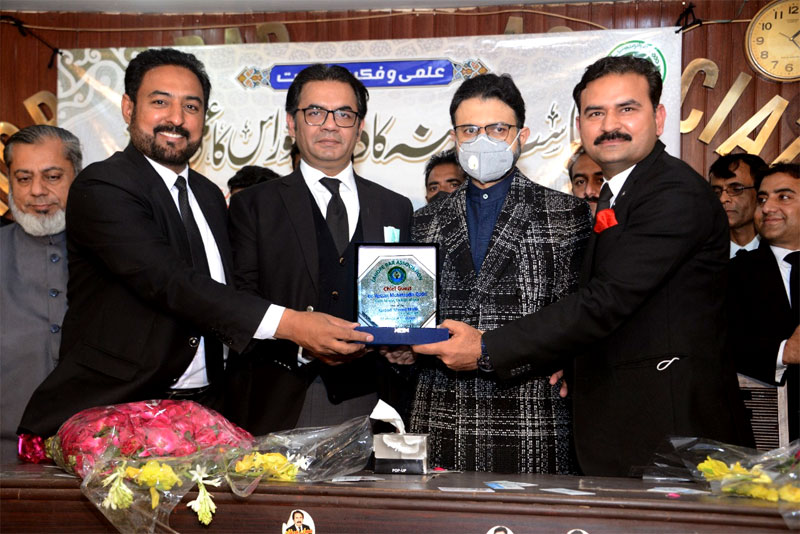