The heartbreaking incident of #Sialkot has damaged the peaceful image of Islam and Pakistan's identity. There is no place for such barbarity and lawlessness in Islam. This is the right time that the state play a decisive role to counter fanaticism in Pakistan.#IslamStands4Peace 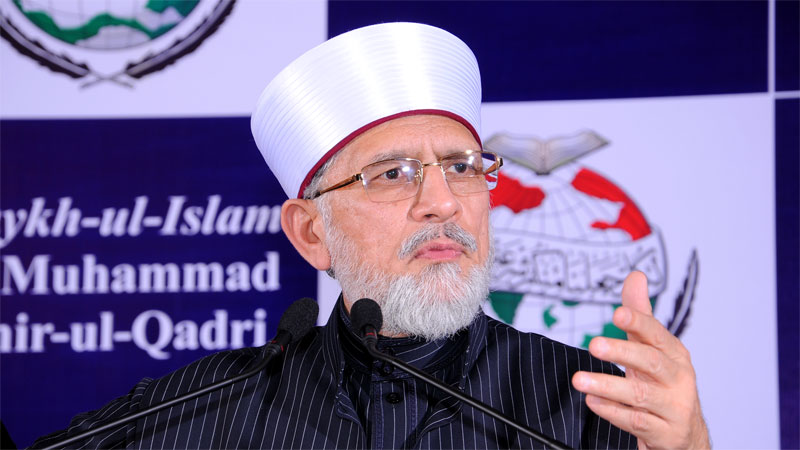 MQI founding-leader and patron-in-chief Shaykh-ul-Islam Dr Muhammad Tahir-ul-Qadri has strongly condemned the Sialkot horrific incident. He called upon the state and all serious segments of society to come forward and play their role. He said that the Sialkot incident has damanged the peaceful image of Islam and Pakistan in the world.

Dr Tahir-ul-Qadri warned that if the deterrent steps of fundamental nature were not taken to uproot the violent attitudes, then no one will be able to stop such incidents from happening. He said that one of the reasons behind such heinous incidents is the lack of punishment to the perpetrators. He said that the Islamic teachings and the law of the land do not allow anyone to take law in their hands. He further said that MQI is waging an intellectual and practical struggle against conservatism, extremism and ignorant behanviors that have permeated the society.