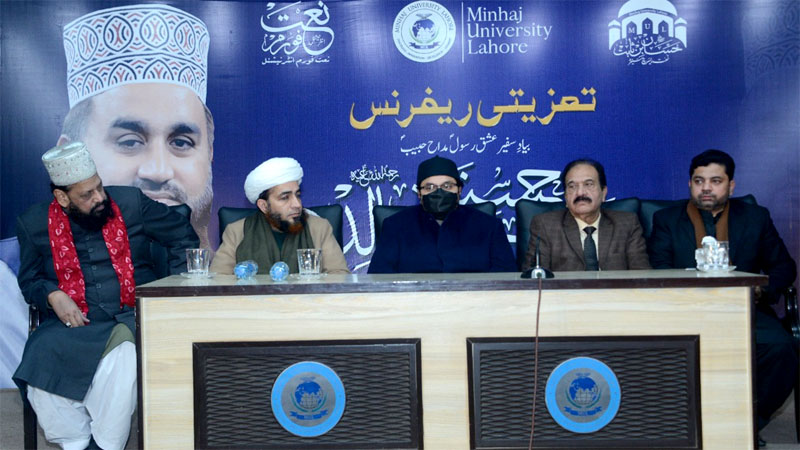 LAHORE: Deputy Chairman of Minhaj University Lahore Board of Governors Dr Hussain Mohi-ud-Din Qadri has called for checking inclusion of sub-differences into Na’at work to control fanning of hatred and extremist behaviours.

He was speaking at a reference held for late Khalid hasnain Khalid, a renowned Na’at recite, at Hassaan bin Sabit Na’at Research Centre of the Minhaj University Lahore on Thursday. It was chaired by Dr Qadri, who is also president of the Minhaj-ul-Quran International, while Sajjada nasheen of Garhi Ikhtiar Khan Khwaja Ghulam Qutb-ud-Din Fareedi was the chief guest.

Paying tributes to the services of late Khalid in recitation of Na’at, Dr Qadri urged that the tune of a Na’at should be set keeping in view the respect of the Holy Prophet (SAW) and the reciters following popular trends in this regard must beware that they could overstep the limits in the race for winning popularity.

He announced that the Centre would train the Na’at reciters in this regard.

Centre’s Director Dr Fakhr-ud-Din Noori said the institute formed by Shaykh-ul-Islam Dr Muhammad Tahir-ul-Qadri has earned a name in a short time in the field.

Greeting Dr Qadri for setting up the Centre, Khwaja Fareedi lauded the style of late Khalid in reciting Na’at.