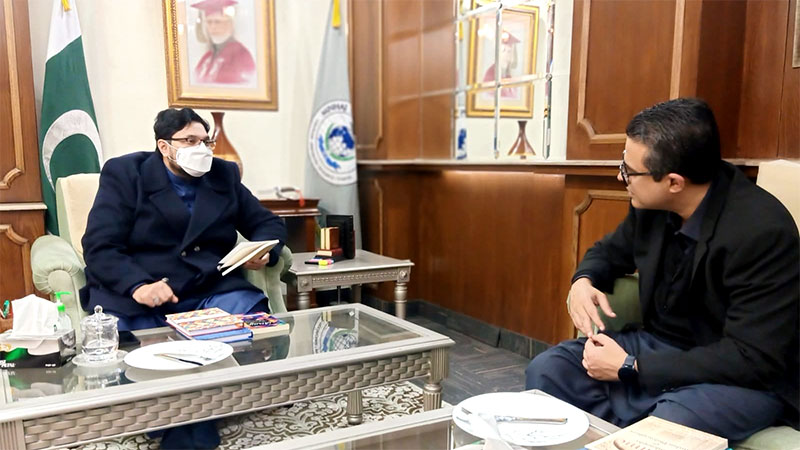 Special Assistant to Chief Minister Punjab on Information Hassan Khawar called on Dr Hussain Mohi-ud-Din Qadri, Deputy Chairman Board of Governors of Minhaj University Lahore and the President of Minhaj-ul-Quran International. While speaking on the occasion, Hassan Khawar said that he remains greatly appreciative of the services and contributions that Dr Muhammad Tahir-ul-Qadri has made for the promotion of knowledge and peace in the world. He said that Dr Qadri has been instrumental in promoting the narrative of Islam as a religion of peace and love.

Hassan Khwar visited various departments and offices of the University and said that he has been greatly impressed by the academic environment of MUL. He said that the government and the private sector can work together to achieve the objective of an educated Pakistan. He said that the future of Pakistan is linked to higher education, adding that the youth is the future of the country. He asked the youth to focus on information technology, and research, stating that this is a century of technology and software engineering.

Hasan Khawar said that we will have to focus our attention on meaningful education in order to be able to walk along with the world. He said that the government of Punjab has undertaken historic legislation in public interest for the promotion of higher education in the province. He said that both public and private sectors are being given support and patronage in this regard.

Dr Hussain Mohi-ud-Din Qadri presented his books to the Special Assistant to Chief Minister Punjab on the occasion. 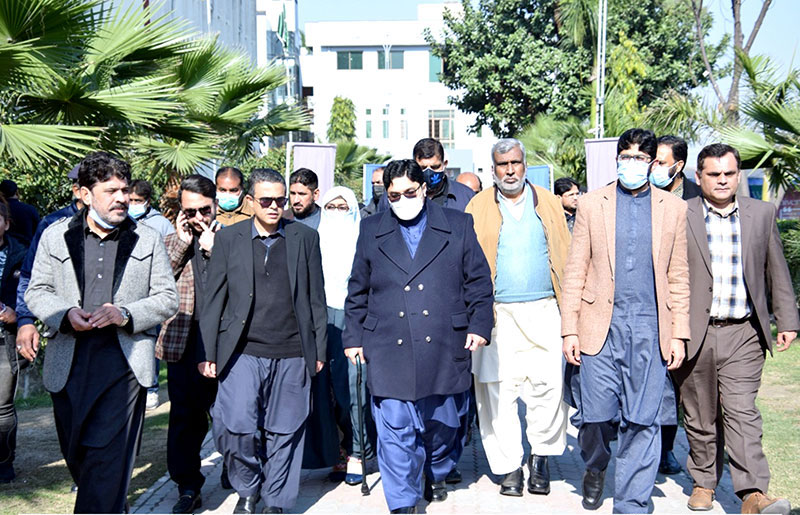