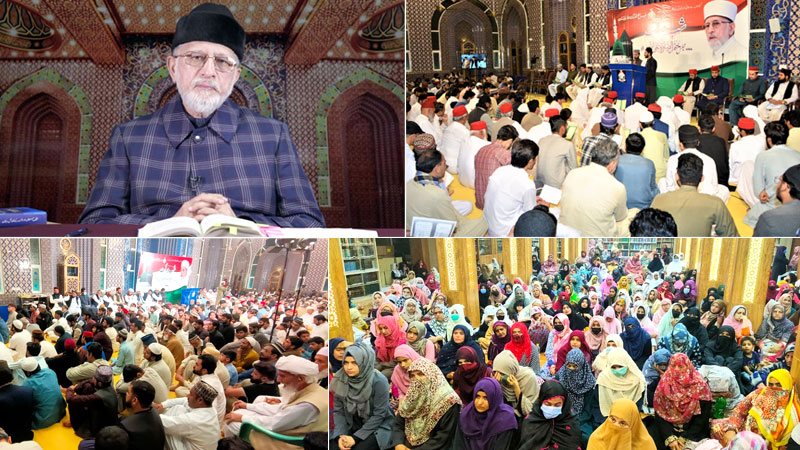 Addressing a ceremony held in connection with Shab-e-Barat, MQI founding-leader Shaykh-ul-Islam Dr Muhammad Tahir-ul-Qadri said that Shab-e-Barat is the night to beseech Allah Almighty and ask Him for forgiveness. He said there is a prophetic tradition that says that Allah Almighty listens to all the prayers made after the mid-night. He said that the best of worships is to repent of one's sins forever and make a vow to live a life of a piety. He said that Allah forgives every sin of those who seek His forgiveness during Shab-e-Barat except the backbiters and the killers.

Shaykh-ul-Islam said that one should not only pray for one's own self but also for the entire Muslim ummah during such blessed nights. He said that if one's intention is pure, then habit transforms itself into an act of worship, adding that if there is no sincerity in one's intention, then the opposite happens and the worship becomes a matter of habit.