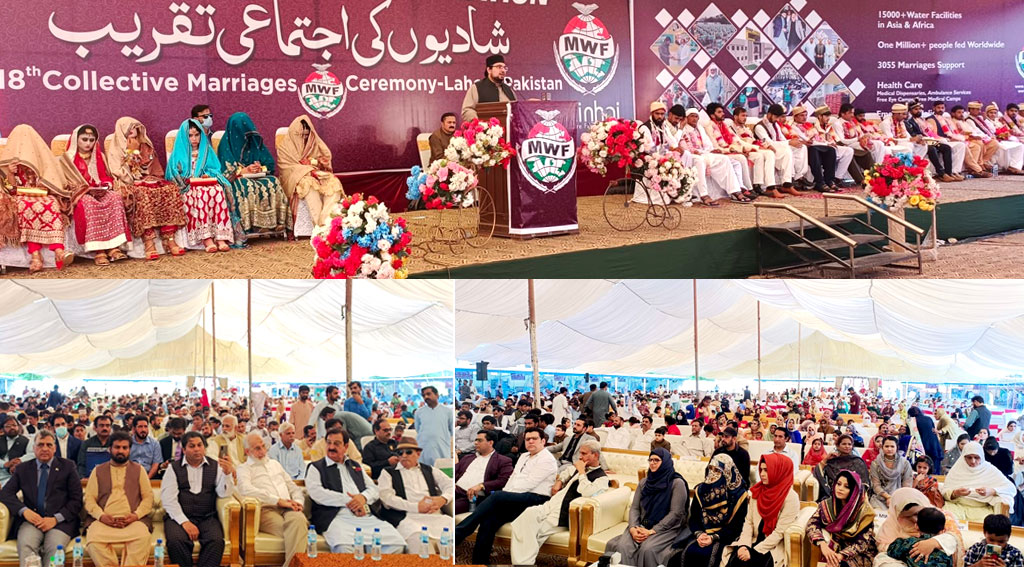 The 25 deserving couples including a Christian one tied the knot in a mass marriage ceremony held under the banner of Minhaj Welfare Foundation (MWF). Provincial ministers Syed Yawar Abbas Bukhari and Mrs.‏ Ashifa Riaz Fatyana were the guests of honour in the ceremony. The Foundation also made food arrangements for the 1500 guests and relatives who came with the brides and bridegrooms. 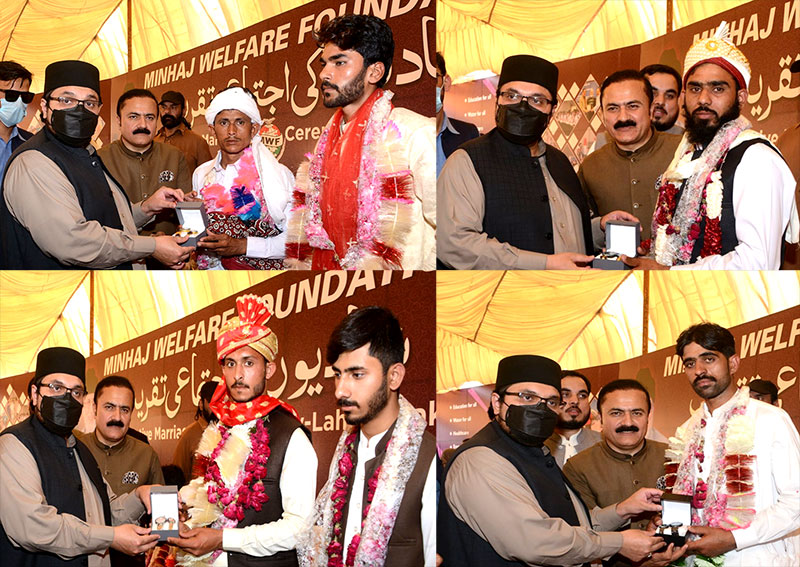 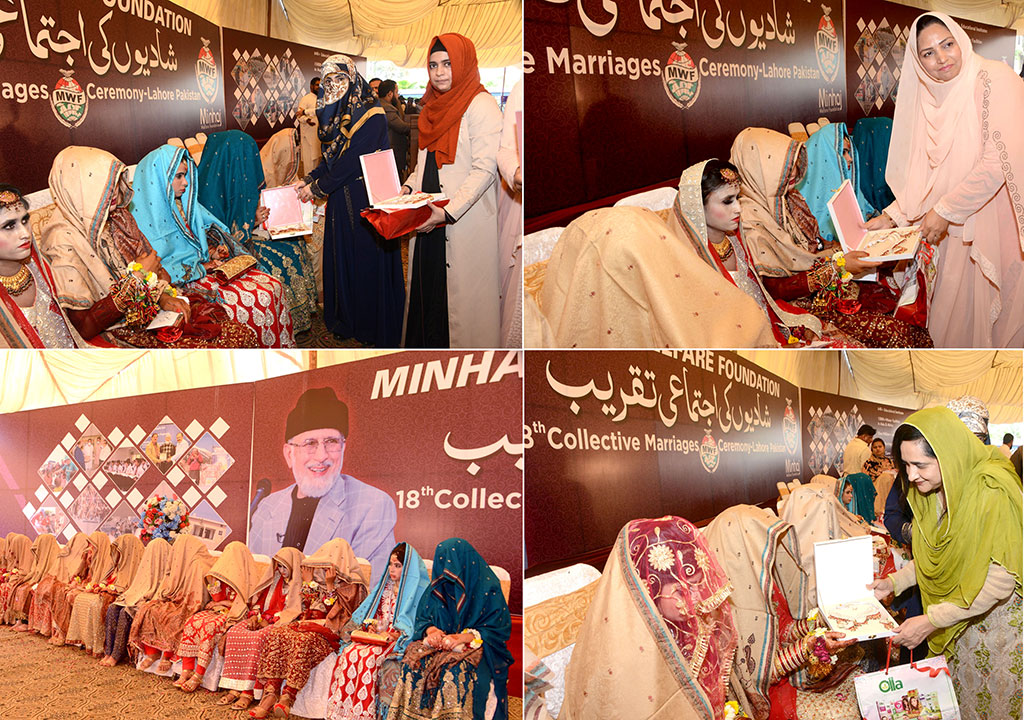 President MQI Dr Hussain Mohi-ud-Din Qadri gifted watches to the couples whereas Mrs. Fizzah Hussain Qadri gave the gold sets to all the brides. Shaykh-ul-Islam Dr Muhammad Tahir-ul-Qadri congratulated the newly married couples. In his message of felicitations, he said that the moral, spiritual and welfare edifice of Islam is based on the concept of brotherhood and respect for humanity. He gave the example of a relationship of selflessness and sacrifice between Ansar and Muhajir to elucidate his point. He said that Minhaj Welfare Foundation is the promoter of great welfare ideology of Islam. 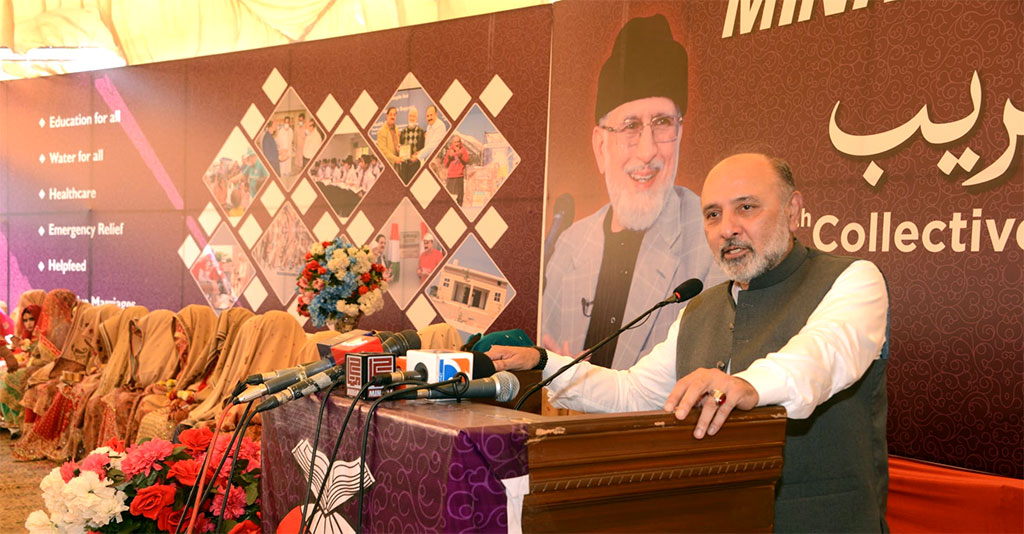 Addressing the ceremony, Provincial Minister Syed Yawwar Abbas Bukhari said that helping the deserving people in their hour of need and sharing their happiness is an act of worship. He congratulated Dr Tahir-ul-Qadri and MQI on holding such a welfare ceremony. 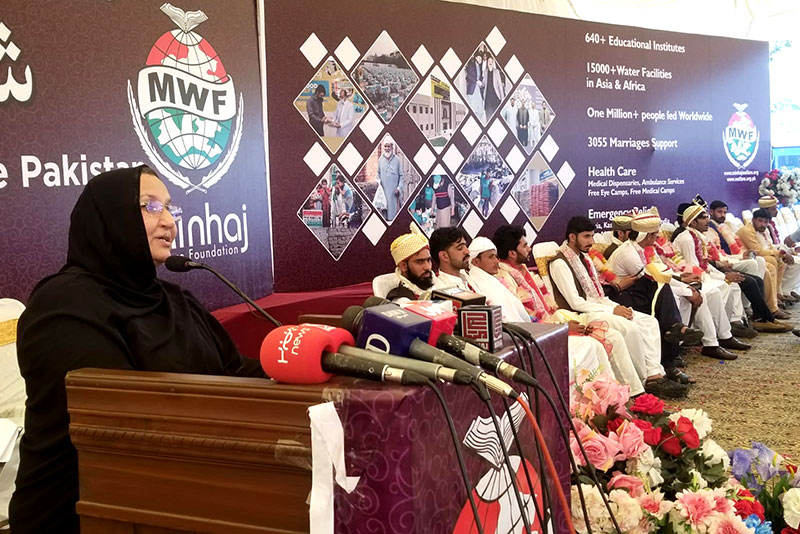 Provincial Minister Mrs.‏ Ashifa Riaz Fatyana said that Nikah is a great Sunna of the Holy Prophet (PBUH) and making arrangements for the happiness of the deserving is a great human service. She said that Shaykh-ul-Islam Dr Muhammad Tahir-ul-Qadri is rendering service to humanity in every walk of life.

In his welcome address, PAT Secretary General Khurram Nawaz Gandapur threw light on the welfare projects of the Foundation and thanked the guests for making time to attend the ceremony. Vice Chancellor of Minhaj University Lahore Dr Sajid Mahmood Shahzad congratulated Syed Amjad Ali Shah, director of MWF, on making an excellent arrangement for the marriage of the deserving couples. PTI leader Ghulam Mohiuddin Dewan expressed his views in the ceremony and said that whatever project of public welfare is initiated by MQI, it gets completed and delivers benefits to the people. He said that the excellent work is being carried out in the domains of religion, education, training and welfare under the banner of MQI.

Director MWF Syed Amjad Ali Shah stated that more than 3000 couples have been married off in the mass marriage ceremonies held to date under the banner of MWF. He said the Foundation takes active part in various welfare projects such as the provision of clean drinking water in the far-flung areas of the country and the restoration of climate-affected regions. He said that scholarships worth hundreds of thousands of rupees are given to deserving students in the field of education every year.

Dr Abid Aziz who came all the way from Canada to attend the ceremony also spoke on the occasion. He expressed his best wishes and prayers for the newly wed couples.

The office holders of Minhaj Women League led by General Secretary Sidra Karamat welcomed the brides and their female guests. A team of religious scholars led by central Nazim Minhaj-ul-Quran Ulema Council Allama Mir Asif Akbar solemnized Nikah of the couples. The marriage of the Christian couple took place according to their religious teachings. 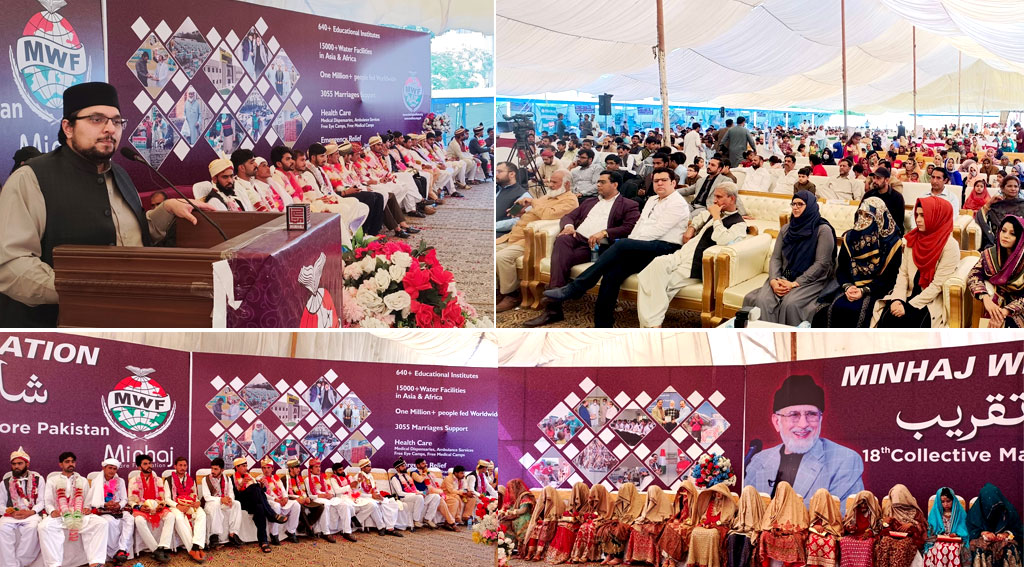 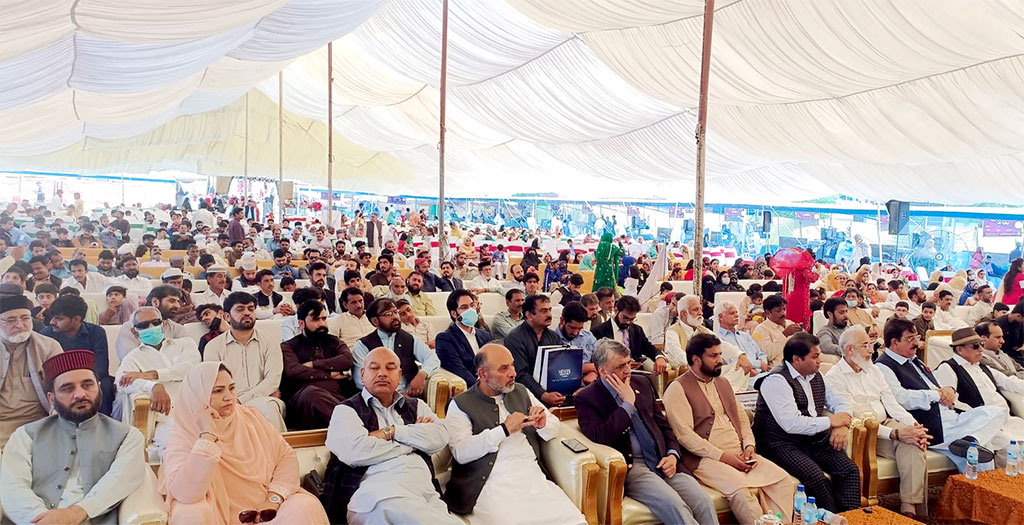 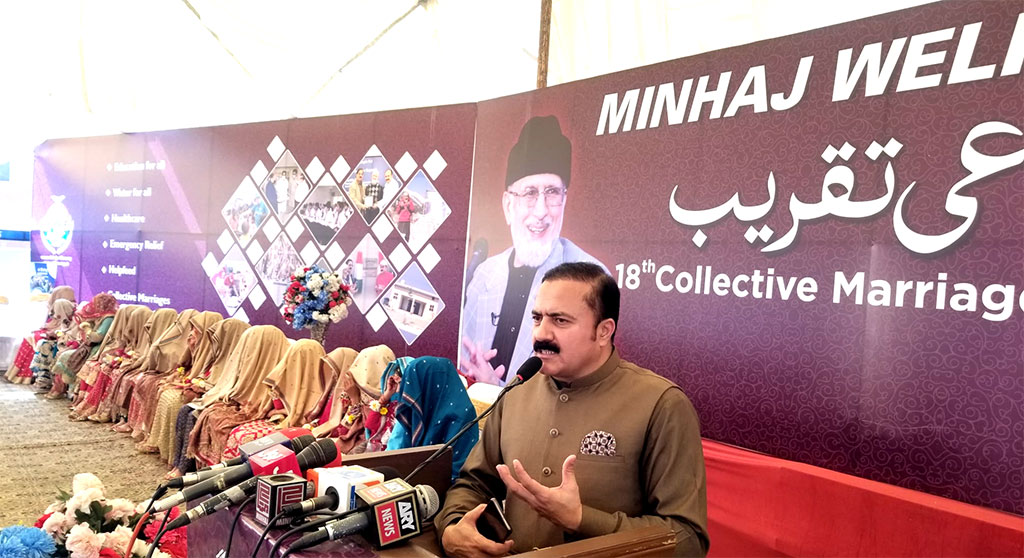 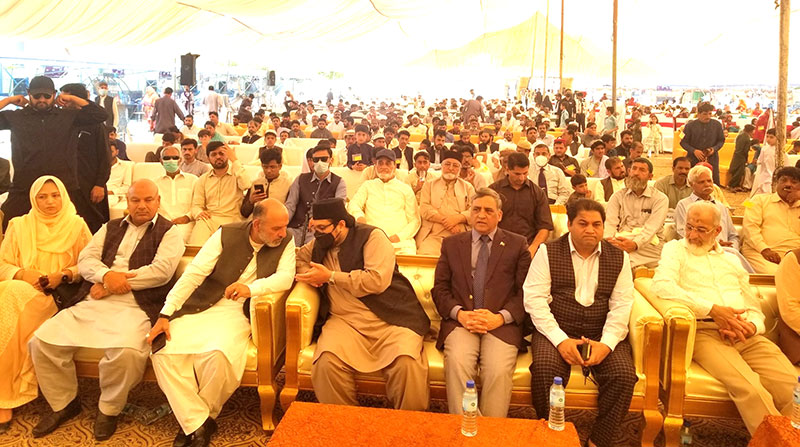 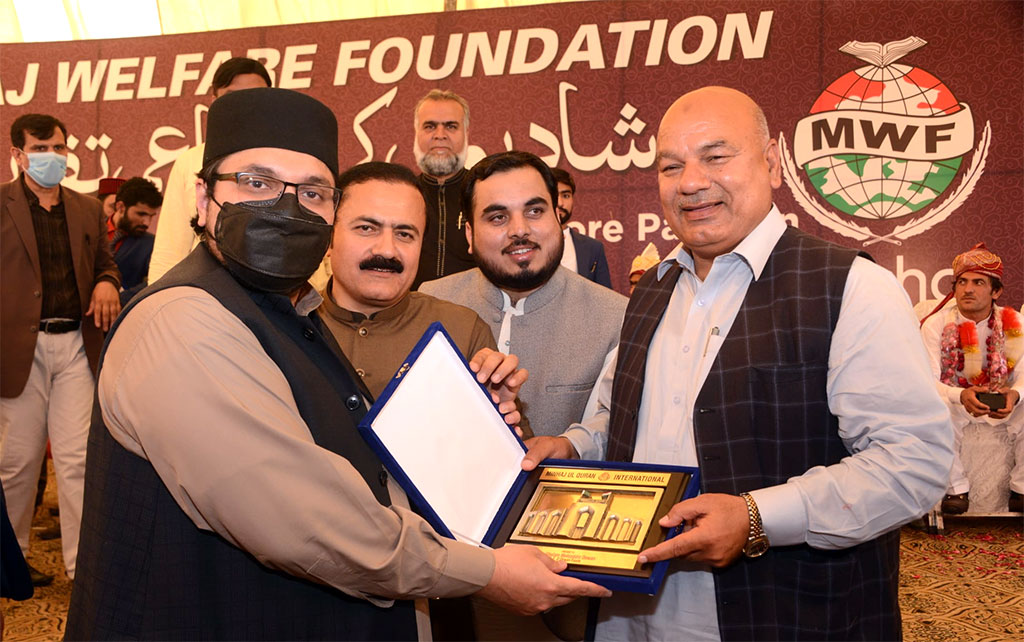 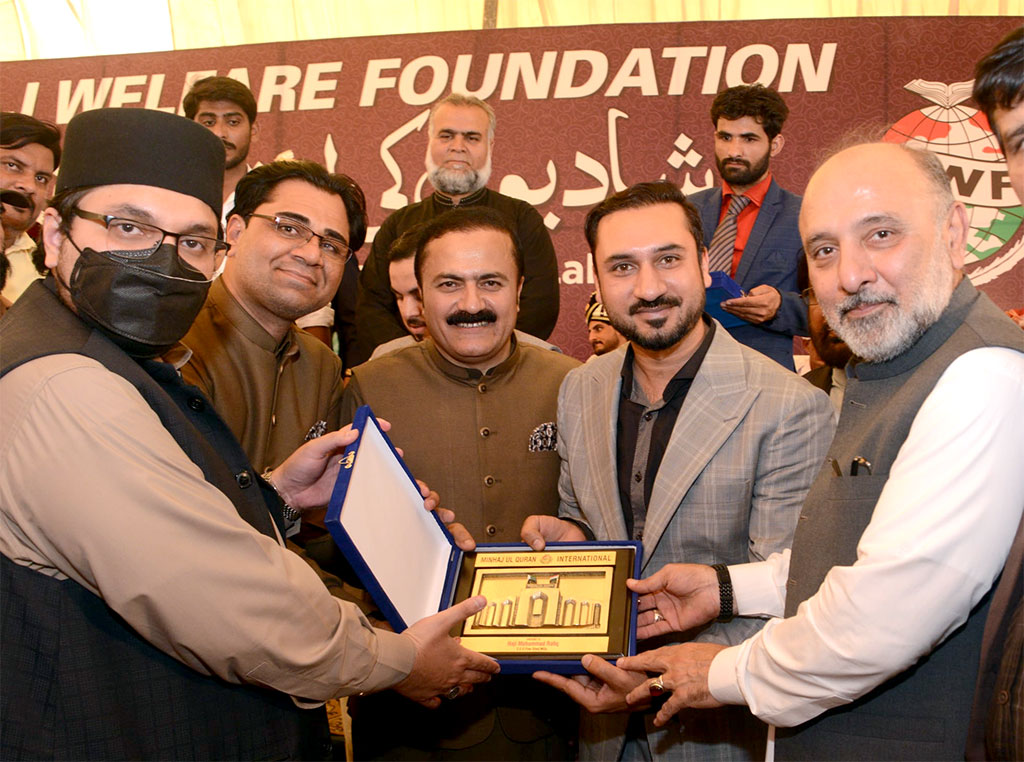 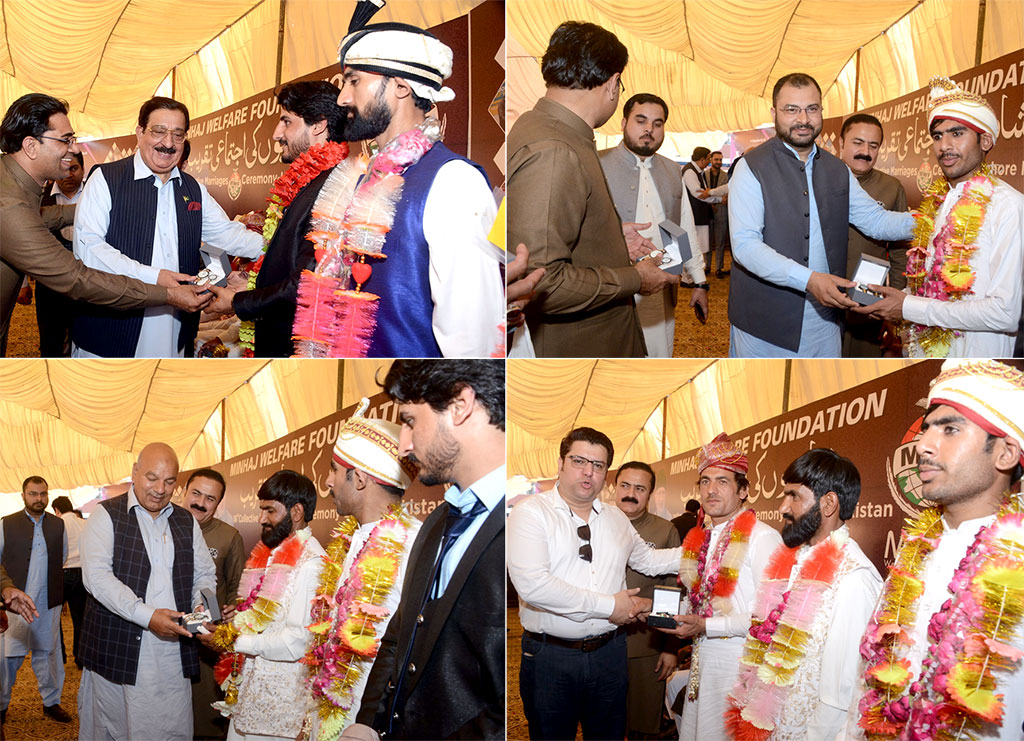 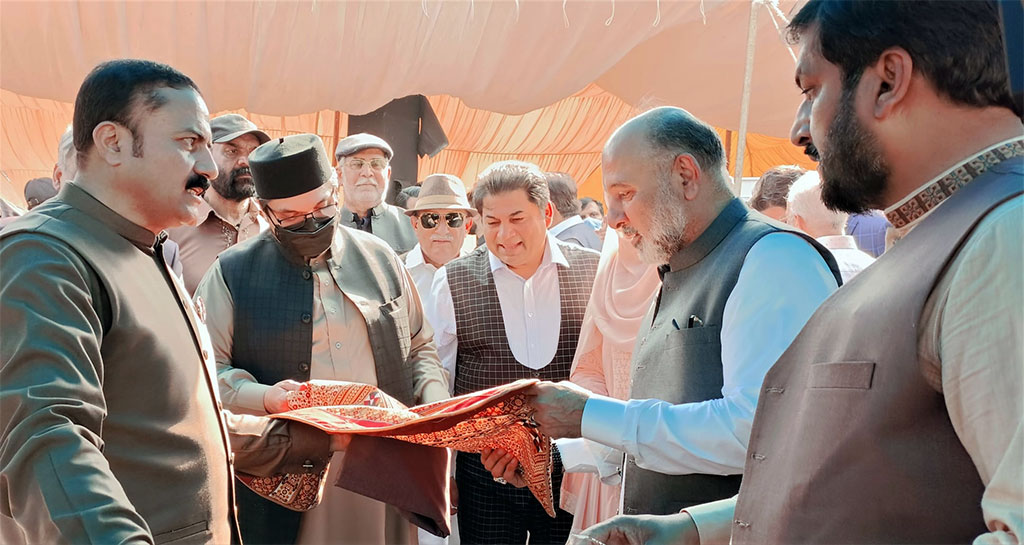 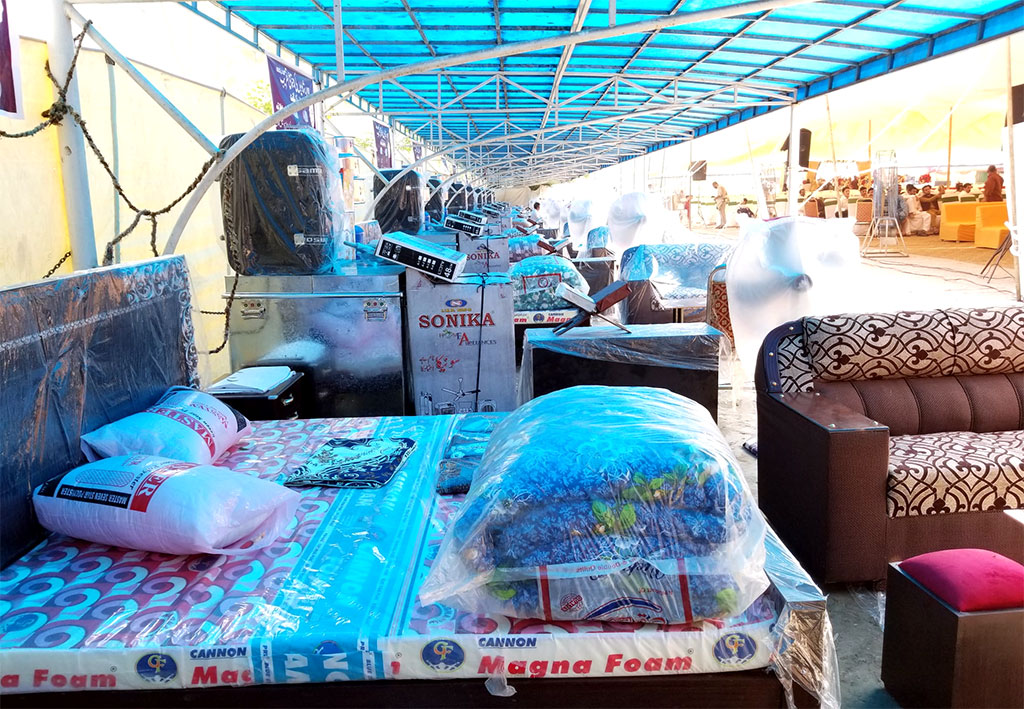 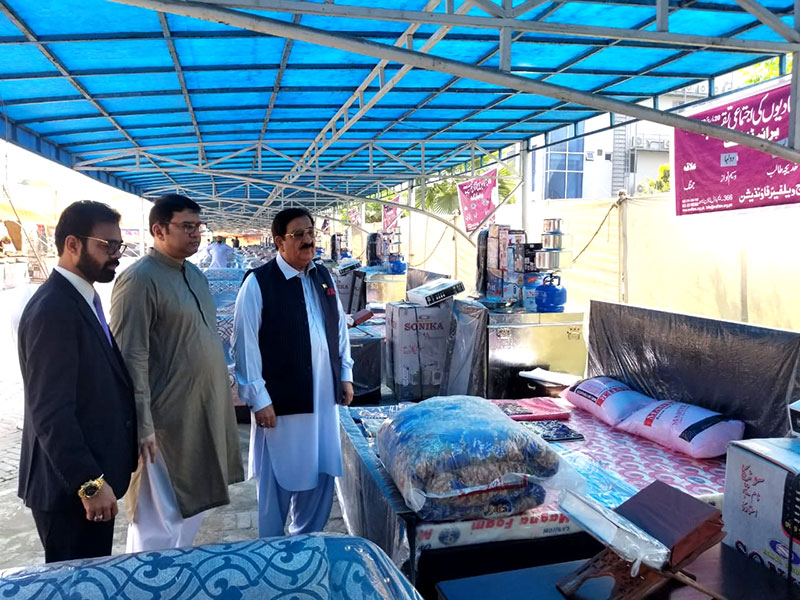 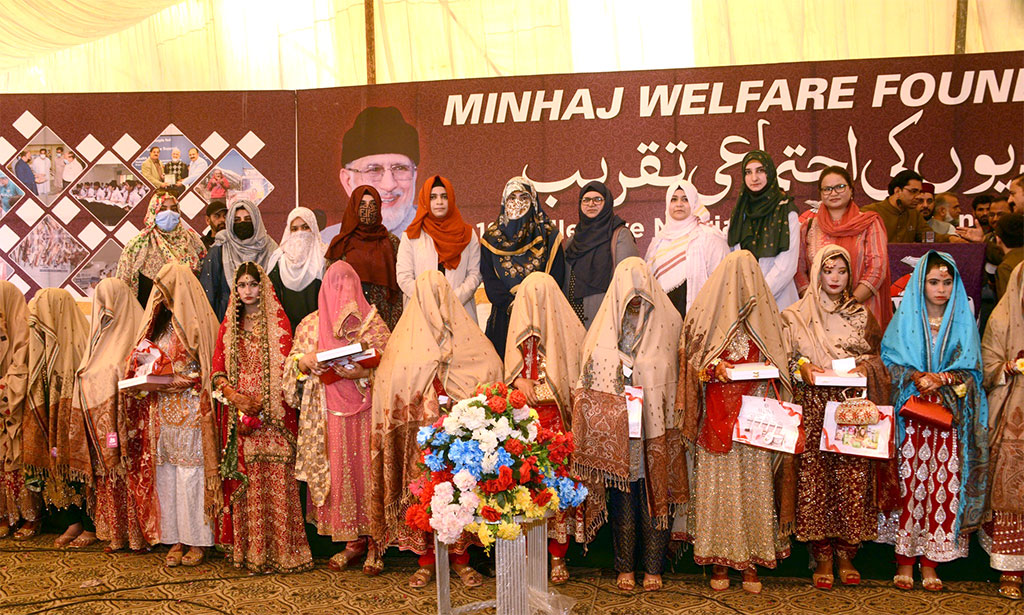 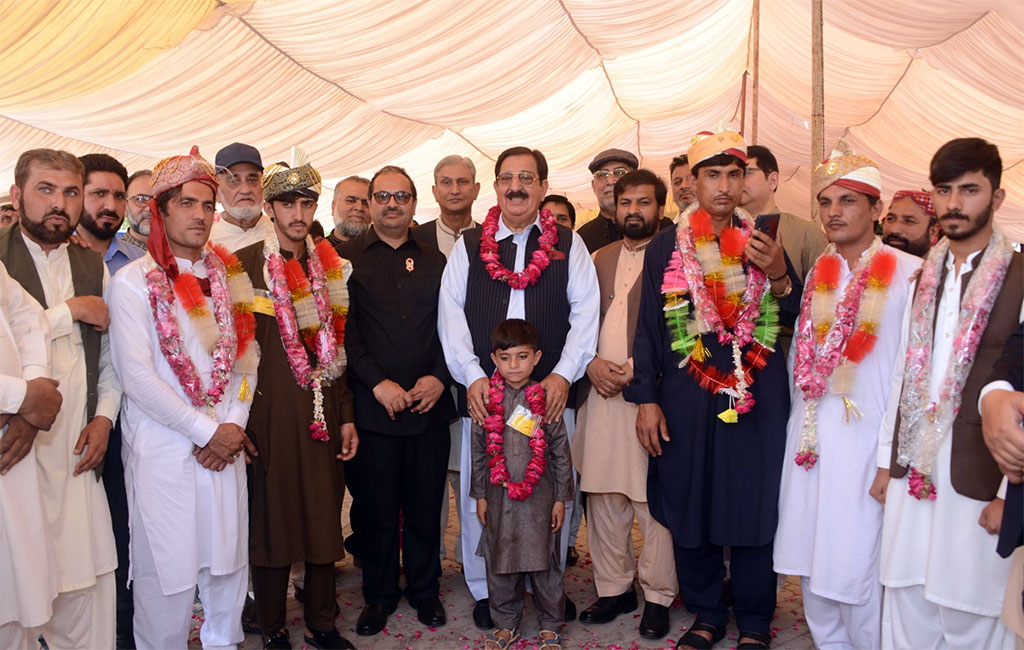