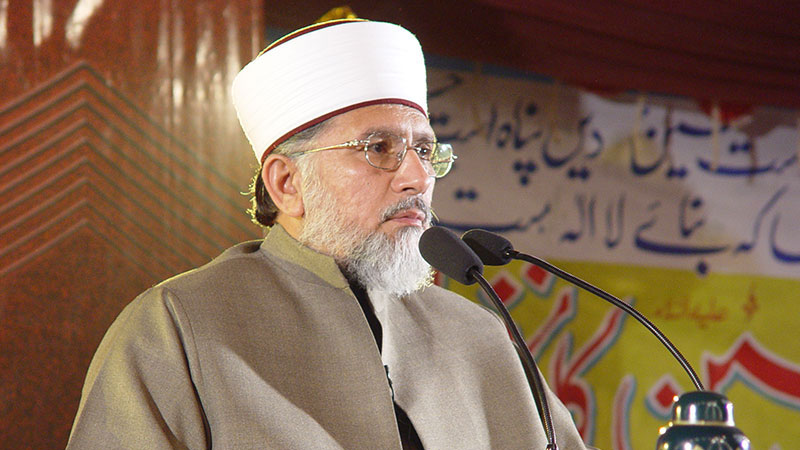 In a message on the 10th of Muharram that marks the martyrdom of Hazrat Imam Hussain (Alayhis-salam), Shaykh-ul-Islam Dr Muhammad Tahir-ul-Qadri has said that the martyrdom of the Prophet’s (PUBH) family members is the most tragic and heart-wrenching incident on the face of earth, which humanity will not be able to forget till the day of judgment.

Shaykh-ul-Islam said that the message of Karbala is that standing up for the truth is Hussainiyat and supporting the falsehood for the sake of worldly gain is what Yazid stood for. He said that by presenting the supreme sacrifice of his life, Hazrat Imam Hussain (Alayhis-salam) buried the false and misleading ideology of Yazid for good, adding that the great Imam’s act led to the dominance of the truth over the forces of falsehood.

MQI leader said that the enlightenment and knowledge emanated from the plains of Karbala. He said that if one has to abide by the code of the truth, then one should seek guidance from the blessed life and character of the Imam Hussain (Alayhis-salam). He said that the sacrifices rendered by the martyrs of Karbala encouraged the followers of the truth to hold their heads high in the face of the heaviest of odds, practising the virtues of patience, loyalty and steadfastness.

Dr Tahir-ul-Qadri said that Yazidiyat is active even today to undermine the unity of Muslims by sowing seeds of doubt and confusion aimed at pitting them against one another. He said that Hussainiyat, on the other hand, is a promoter of unity, human brotherhood, love, peace and the truth.