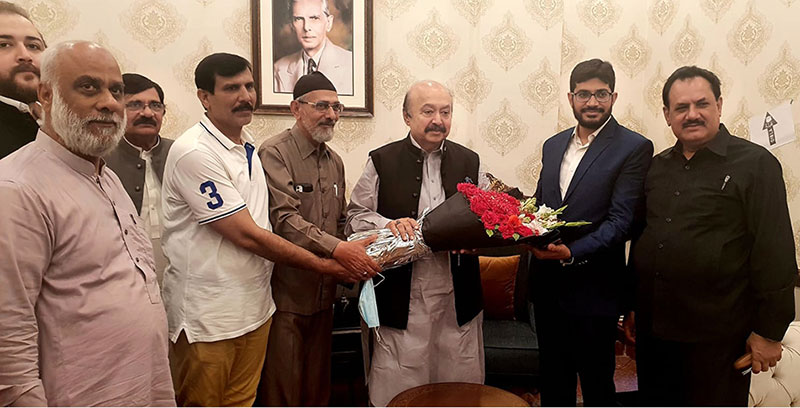 A delegation of Minhaj-ul-Quran International led by Director Foreign Affairs GM Malik called on Speaker Punjab Assembly Sibtain Khan and congratulated him on his election as the Speaker of the provincial assembly. The delegation consisted of Shahzad Rasool Chaudhry and Khurram Shahazad. Secretary Punjab Assembly Inayatullah Lak was also present on the occasion.

GM Malik appreciated the Punjab government for its rescue and relief activities. He also informed Sibtain Khan on the relief operations being carried out under the banner of Minhaj Welfare Foundation.

Speaker Punjab Assembly said on the occasion that the Punjab government is using all available resources for the help of the flood affectees. He informed the delegation about the various steps being taken by the government for the relief and rehabilitation.