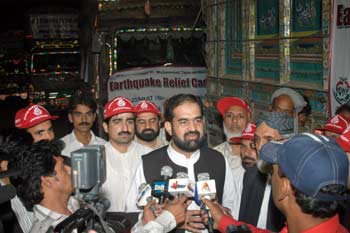 Minhaj Welfare Foundation (MWF) launched its relief and rehabilitation operations by sending the first caravan of trucks carrying relief goods of Rs. 10 million to the earthquake-hit areas of Balochistan last night. These goods include stuff like eatables, blankets, warm clothes, shoes, medicines and tents etc. Talking to the media representatives at the occasion of sending off the relief goods, Secretary General of Minhaj-ul-Quran International, Dr Raheeq Ahmad Abbasi, said that Minhaj Welfare Foundation was rendering its services to humanity without any distinction of race, religion, and colour. Whether it is the Tsunami storm, or Kashmir earthquake or Bam (Iran) quake or any other natural calamity, MWF makes sure to reach these places to play its role in providing relief to the suffering people.

Dr Raheeq Ahmad Abbasi said that Shaykh-ul-Islam Dr Muhammad Tahir-ul-Qadri has given special instructions in the backdrop of earthquake in Balochistan. Relief goods of Rs. 10 million have been dispatched to the affected areas.

Furthermore, Minhaj Welfare Foundation (MWF) has also set up collection camps across Pakistan and abroad where hundreds of workers of Minhaj-ul-Quran International were busy in collecting aid goods.

He said MWF has also passed on special instructions to the local sub-branches of MQI abroad in this regard. “Minhaj Welfare Foundation stands by the nation in this hour of great trial and suffering. The service of suffering humanity is the top mission of MWF,” he concluded. 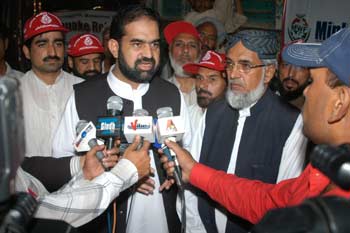 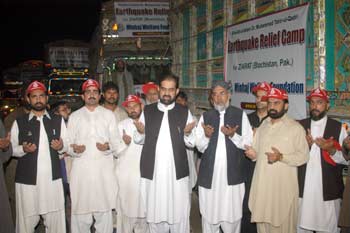 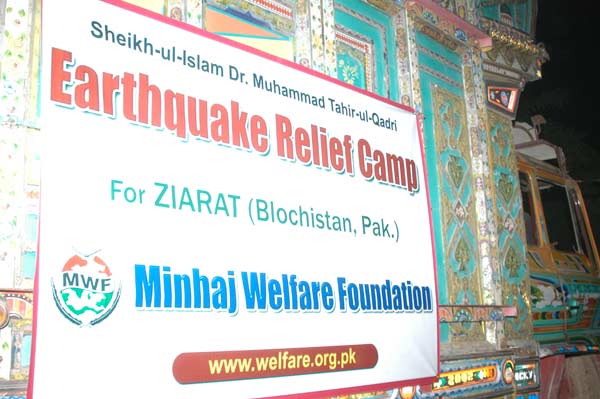