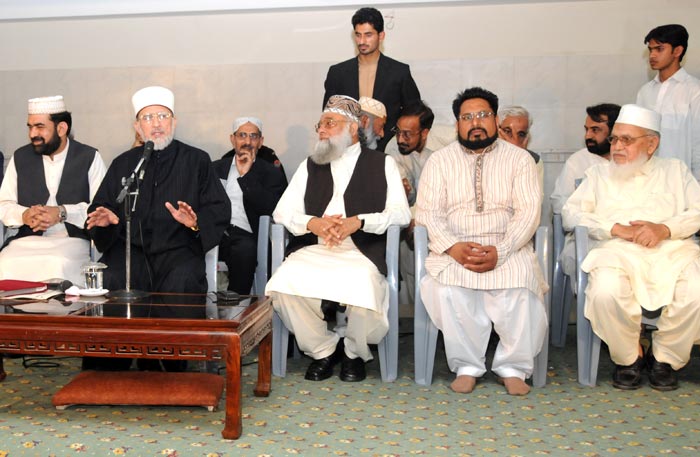 A get-together ceremony in the wake of successful International Mawlid-un-Nabi Conference was held on March 16, 2009 in the hall of Gosha-e-Durood in the Central Secretariat. Shaykh-ul-Islam Dr Muhammad Tahir-ul-Qadri graced the occasion as a special guest, whereas Amir-e-Tehreek Miskin Faiz-ur-Rehman Durrani, Nazim-e-Ala Dr Raheeq Ahmad Abbasi, Sheikh Zahid Fayyaz, G.M. Malik, Allama Ahmad Nawaz Anjum, Sajid Mahmood Bhatti, Shahzad Rasool Qadri and other leaders were also present at the occasion. In addition to the organizers of International Mawlid Conference, the office holders of different chapters of MQI from across the country also participated. A large number of women were also in attendance. The proceedings of the programme got underway with the recitation from the Holy Quran at 8 p.m. followed by recital of Naat. 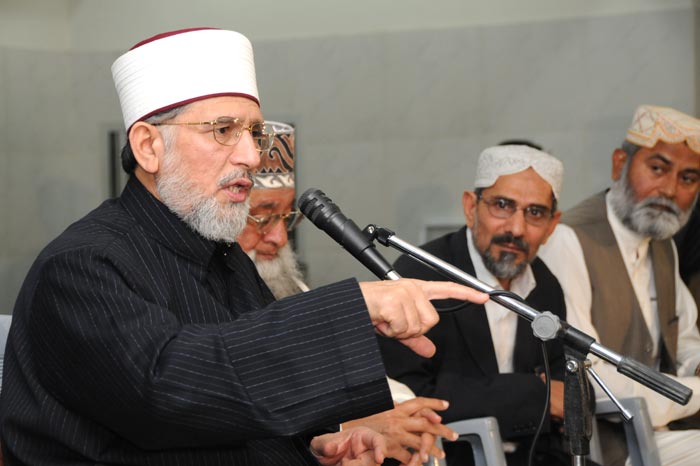 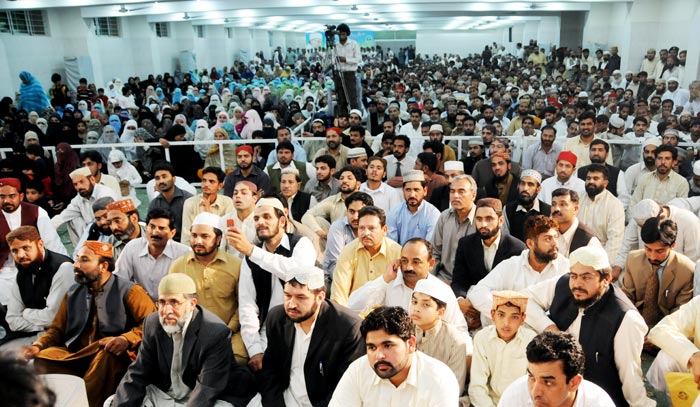 Shahzad Rasool Qadri conducted the proceedings. He invited Sajid Mahmood Bhatti to present the performance report of different committees of Mawlid Conference. Sajid Mahmood Bhatti presented a complete report and how different committees performed their assigned tasks. The members of these committees and their heads presented themselves to Shaykh-ul-Islam and got a standing ovation from the audience. Shaykh-ul-Islam paid tribute to the workers of MQI who played their important role in the successful conduct of the programme. Appreciating the role of women, Dr Muhammad Tahir-ul-Qadri said that women were part and parcel of MQI. 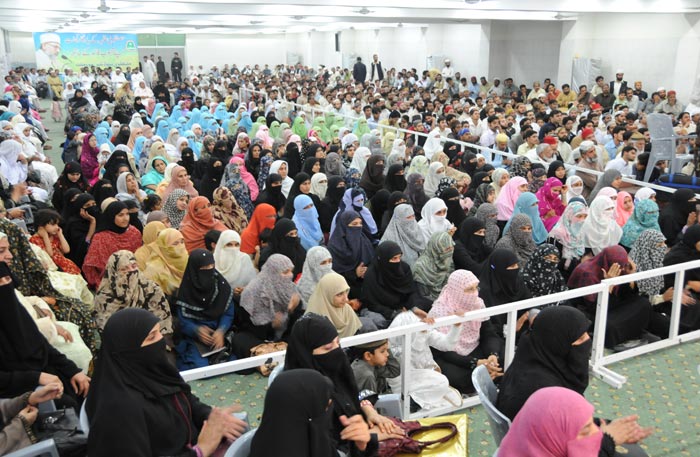 Shaykh-ul-Islam solemnized the Nikkah of a couple and engaged another couple with each other. Nikkah of naib Nazim of MQI Punjab, Mian Abdur Rasool Sandhu was solemnized in the presence of hundreds of people. It should be kept in mind that selection of bride was made in the same ceremony. In connection with the blessed age of the Holy Prophet (saw), Main Abdur Rasool Sandhu was gifted Rs. 63000 as dower on behalf of MQI for its onward payment to the bride. Allama Muhammad Idrees Qadri announced to finance the Walima reception from the Minhajian forum. Muhammad Shabbir Qadri declared to gift furniture to the bride, whereas, MQI Ravi Town announced to bear expenses of wedding procession. Shaykh-ul-Islam Dr Muhammad Tahir-ul-Qadri said that the Nikkah was in accordance with the Sunna of the Holy Prophet (saw) and Brotherhood of Madina. Besides this, the engagement of Abdur Razzaq Gujjar, central naib Nazim of Directorate of Training was also made in France. 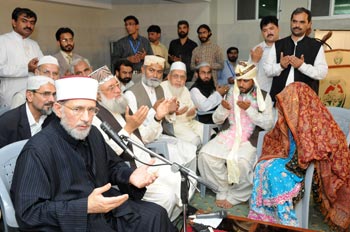 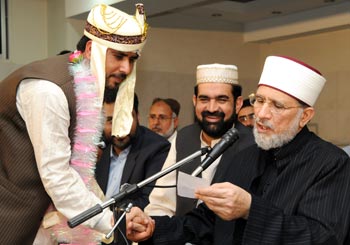 The highlight of the get-together was that it was for the first time in the history of MQI that selection of couple was made and Nakkah solemnized in the same programme. Shaykh-ul-Islam said that we wanted to see such examples on the pattern of Brotherhood of Madina so that no one from society should remain deprived of one’s right due to evil customs. Muhammad Shabbir Qadri had arranged a sumptuous dinner at the end of programme. The ceremony ended at 12:00 at night. 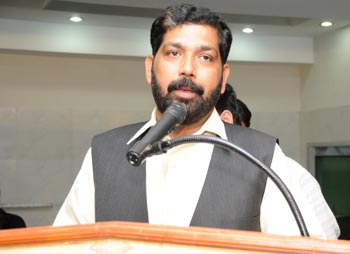 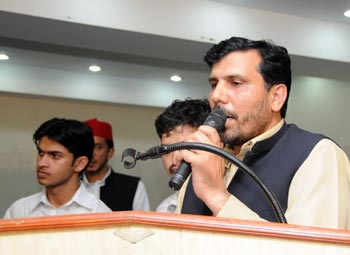 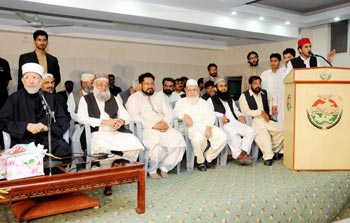 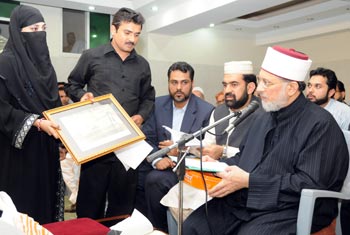 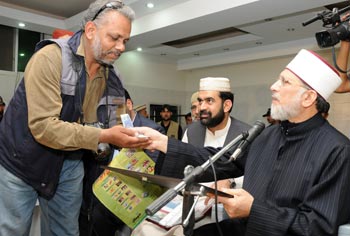 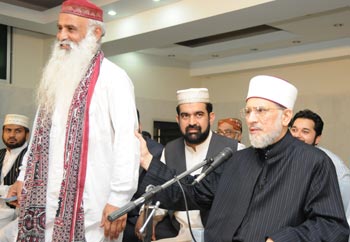 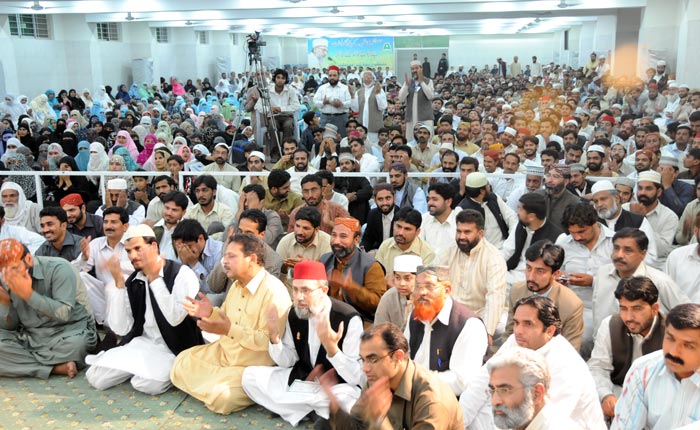