The annual Mawlid-un-Nabi (S.A.W) Conference, the historical event of its kind in International Islamic University New campus (H-10) Islamabad , was held under the banner of Mustafavi Students Movement, International Islamic University Islamabad on Friday (March 11, 2011) at Hostels’ Lawn. The program started with the recitation of Holy Quran by Hafiz Baseer Hazarwi. The stage secretary of the event was Asim Mumtaz Qadri (Al-Azhr University Egypt). Secretary General of MSM IIUI Muhammad Babar welcomed the participants to the conference. 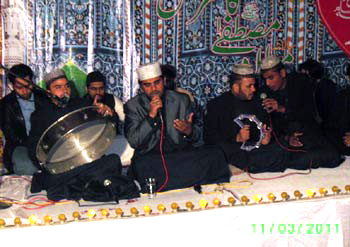 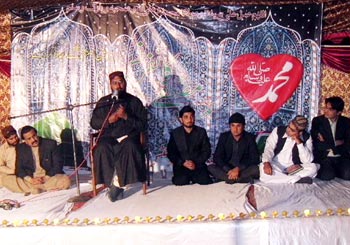 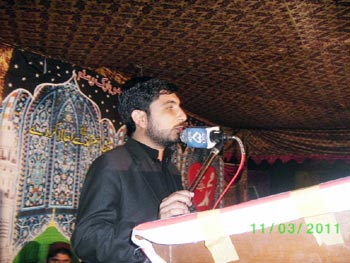 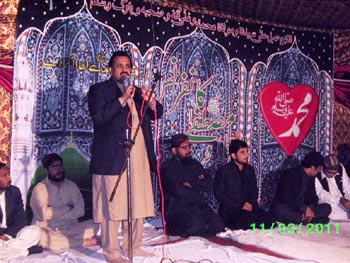 The venue was decorated befittingly. About 30 members of Mustafavi Students Movement were also deputed for the security purpose. Media representatives from different channels and newspapers were also present for electronic and print media coverage of the proceedings of the Conference.

Fakhar uz Zaman Aadil in his speech threw light as to how MQI and its forums are working for spreading the love of Holy Prophet (S.A.W.) Muhammad Irfan Yousaf invited the Central President for a special speech with warm welcome. Tajjamul Hussain Inqilabi, Central President of MSM Pakistan, in his speech said that MSM is working for revival of Islam and Islamic message of peace, harmony and interfaith dialogue. He said that MSM is working under Shaykh-ul-Islam Dr Muhammad Tahir-ul-Qadri’s guidance for the great cause of peace and harmony in the world. 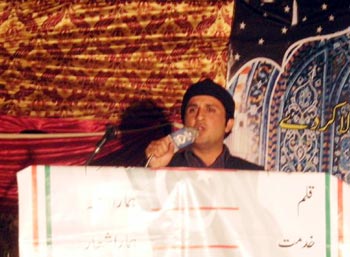 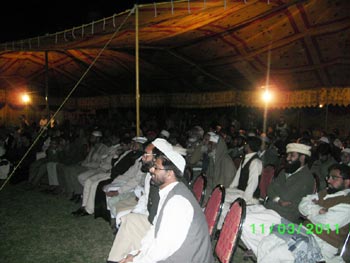 Allama Ali Akhter Awan in his speech elaborated upon the cause of celebrating Mawlid un Nabi (S.A.W,) and the role of MQI in spreading the Love of Holy Prophet (S.A.W) and how Mustafavi Students Movement is working peacefully for promotion of teachings of Holy Prophet (S.A.W.) At the last stage Minhaj Naat Council presented Arabic ‘kalam’ of Shaykh-ul-Islam Dr Muhammad Tahir-ul-Qadri, which attracted the attention of students of almost 56 countries as well as Pakistan. 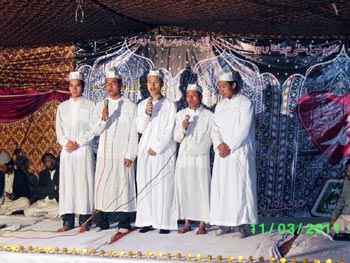 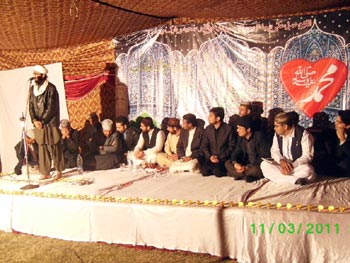 In the end, Abdul Ammar Mun’im, President of Mustafavi Students Movement International Islamic University Islamabad, thanked all participants for their attendance and the office holders of MSM IIU Islamabad for their hard work to make this event a success.

The conference ended with ‘salam’ by Minhaj Naat Council and with Dua of Nazim MQI Islamabad. 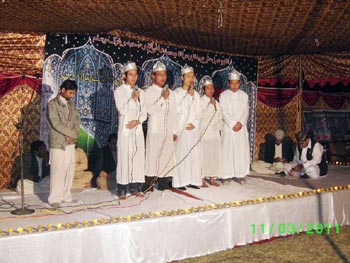 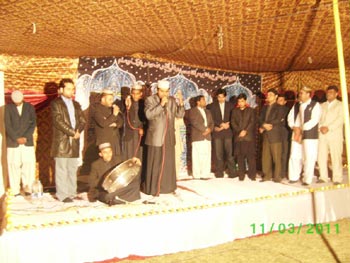