Protest against the dissolution of HEC 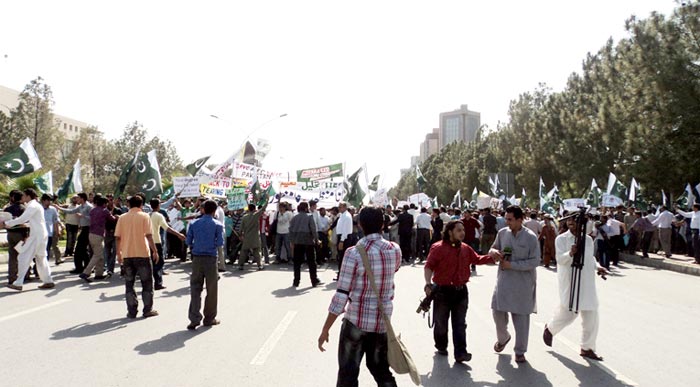 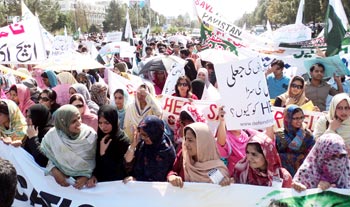 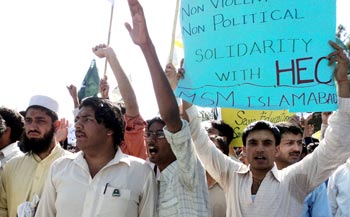 The protesting students and teachers started their march from the National Press Club Islamabad and staged a sit-in in front of the Parliament House. Speaking on the occasion, senior teachers and students leaders said that instead of taking steps in the right direction, the political leadership had started running backwards.

Speaking to the students, President MSM Islamabad Muhammad Qasim Mirza said that it seems that the political leadership has some fear from this prestigious institute. He said that HEC has a significant role in developing a better image of Pakistan on International level. He expressed hope that Supreme Court would take serious step against the dissolution of HEC. 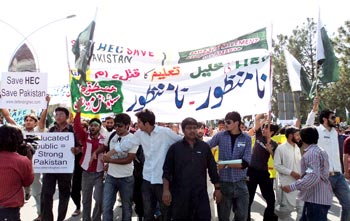 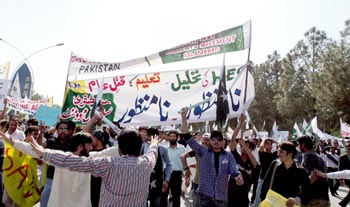