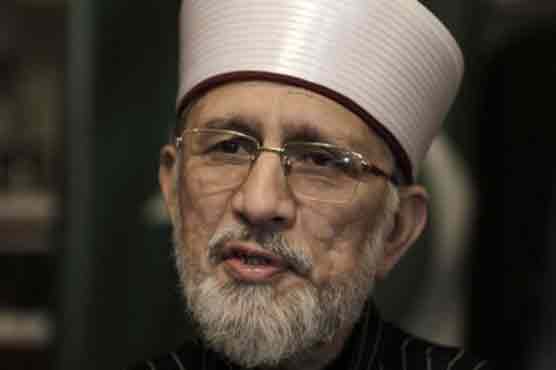 At arrival at the Jinnah Avenue Tahirul Qadri was warmly welcomed by his followers and party workers who were anxiously waiting for him at the site which had been arranged for address of their loved leader.

Party workers also threw rose petals on Shikhul Islam who had ignited a ray of hope in the hearts of millions of people against the cruel and brutal system which has been sucking the blood of the masses in the name of so-called democracy.

According to sources, Islamabad’s deputy commissioner and local leaders of the Minhajul Quran had reached an agreement to allow Qadri and his convoy to enter the federal capital.

Tahir-ul Qadri, a Pakistani-Canadian who returned to his homeland last month after years in Toronto, accuses the government of being corrupt and incompetent, and says polls cannot be held until reforms are enacted.

If held on schedule, the election will mark the first democratic transition of power between two civilian governments in Pakistan s 65-year history, which has been marked by bloodless coups and extensive periods of military rule.

Mainstream politicians fear that Qadri s demand for the military to have a say in the caretaker set-up could be a ploy by elements of the establishment to prolong the interim administration and delay elections.

Interior minister Rehman Malik has repeatedly warned that the terrorist could launch an attack on the march.

The convoy of Dr Qadri left Lahore on Sunday for Islamabad and police say thousands of officers have been deployed along the route of the march, including more than a dozen police vehicles guarding Qadri.

Mobile phone networks have been shut down en route, a precaution designed to stop the terrorists and other militant groups detonating bombs.