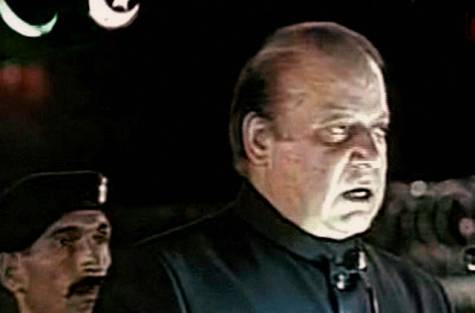 Decision comes as Qadri, Khan rally with thousands of their supporters to topple government

Lahore: A Pakistani court on Saturday ordered framing of murder charges against Prime Minister Nawaz Sharif, his brother and Punjab Chief Minister Shahbaz and 19 others over the June violence near Canada-based cleric Tahirul Qadri’s headquarters here that killed 14 of his supporters.

The Lahore Sessions Court hearing the case related to the Model Town clashes ordered police to register a case against 21 persons named by the Pakistan Awami Tahreek (PAT) in its complaint.

Fourteen PAT supporters, including two women, were killed and over 100 were wounded in deadly clashes with police on June 17 after the authrities attempted to remove barricades near the PAT chief’s headquarters.

The court’s decision comes at the time when Qadri, also the chief of PAT, and Pakistan Tahreek-e-Insaaf (PTI) chief Imran Khan are rallying in Islamabad with thousands of their supporters to topple the Nawaz-led PML-N government.

Both leaders have vowed to not leave the capital until Nawaz Sharif resigns and fresh elections are called.

Earlier, a one-man judicial commission appointed by Shahbaz Sharif government to probe the incident in its report had reportedly held provincial departments responsible for the incident.

Qadri had rejected the commission, saying an independent probe into the incident will take place once the Sharif brothers are out of power.

The incident was condemned by the Opposition, who described the government action as a “fascist act”.

Meanwhile, Prime Minister Sharif has discussed the matter with his brother Shahbaz at their Jati Umera Raiwind Lahore residence.

“The Punjab government will challenge the session’s court decision in the Lahore High Court,” a PML-N leader told PTI when asked about whether the government would allow registration of the murder case against Nawaz and other top functionaries.

Qadri has welcomed the decision.