Corruption being protected in name of democracy: Dr Tahir-ul-Qadri speaks at D-Chowk 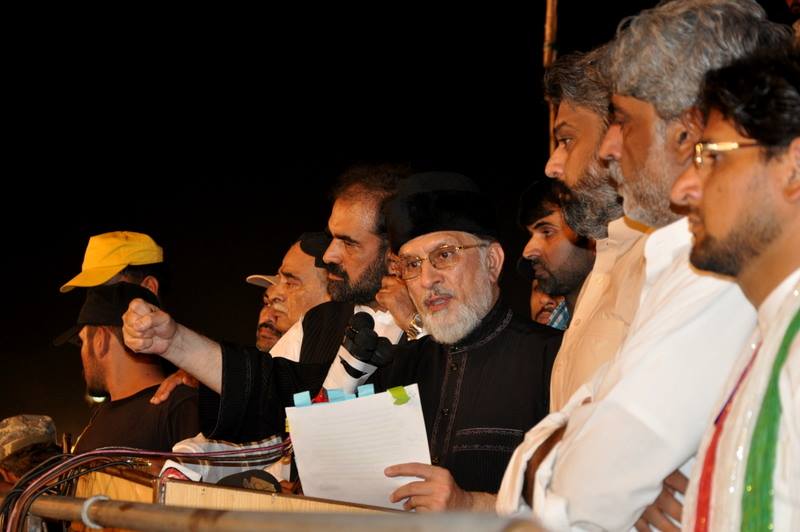 PAT chief Dr Muhammad Tahir-ul-Qadri has said that if corrupt people are shunted out of corridors of power, Pakistan has the potential to become Dubai and Singapore. He said that all hullaballoo being made by the rulers and their cronies in the name of saving democracy was actually aimed at protecting their business empires and patronage network which had eaten into vitals of the state and society.

Addressing hundreds of participants of revolution march at D-Chowk on August 21, Dr Tahir-ul-Qadri said that corruption was one of the top problems that stunted the growth of economy and made Pakistan an El Dorado for the corrupt mafia in politics, business and bureaucracy. He said that if volume of corruption was reduced or eliminated altogether, there was no way the country could not progress by leaps and bounds. He said that unfortunately it could not happen because nexus between big business and politics had ruined the prospects of the country’s progress and the way all status-quo parties ganged up in the name of saving democracy showed that they were together in milking the system to the best of their advantage.

Dr Tahir-ul-Qadri said that gold reserves of Rikko Dek were estimated at Rs. one lac billion. He revealed that the sons of the Prime Minister were busy in holding meetings with international firms in an attempt to clinch deals for sale of national assets of Pakistan. He asked under what capacity Hussain Nawaz, the son of Nawaz Sharif, was meeting people in Australia and other countries. He said that Hussain Nawaz also took part in a meeting on September 23, 2013 organized by one of his friends to discuss the lease of Rikko Dek. He asked why the members of the assemblies were keeping mum on this state of affairs.

PAT chief said that the rulers and their allies in Parliament were major beneficiaries of corrupt system. He said that they benefited from the patronage network and rent-seeking culture and would gang up at the slightest challenge to the status quo. He said that these people were shareholders in corruption in the name of democracy, adding that they would not buy even a small medicine from their own pocket. He said that being members of Parliament, these people had unhindered access to loans and perks and privileges, which they used to increase their wealth. He said that the so-called custodians of democracy were afraid of revolution because they would lose their monopoly on resources and decision-making. He said that every member bagged millions of rupees in the name of development funds. He promised that after revolution, these funds would directly be transferred to local councils at the grass-roots.

Dr Qadri said that he had information that gangsters of PML-N were plotting to attack his residence in Lahore. He warned that the government had crossed all limits on June 17 and enough was enough, adding that if they went ahead with their evil plans and tested his workers’ patience, the government would be responsible for ensuing consequences.

He said that if the rulers were not sent home, the coming generations would not be able to live respectably in the country because the ruling elite would sell the country inch by inch. He said that the rulers were interested in mega projects because there were opportunities of mega corruption there. He listed the names of companies, business firms and construction magnets that were part of the Sharif business empire and how they had established hegemony on economic life of the country. He said that these people were never interested in schools, hospitals and provision of basic necessities of life to the poor because there were little opportunities for kickbacks and corruption there. 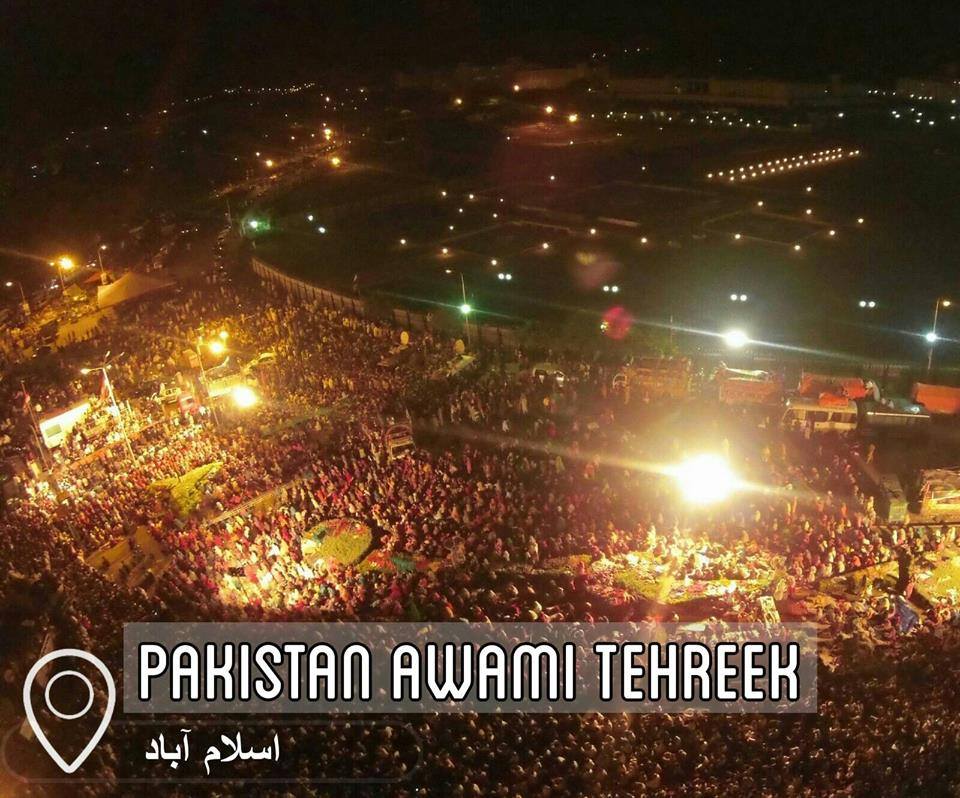 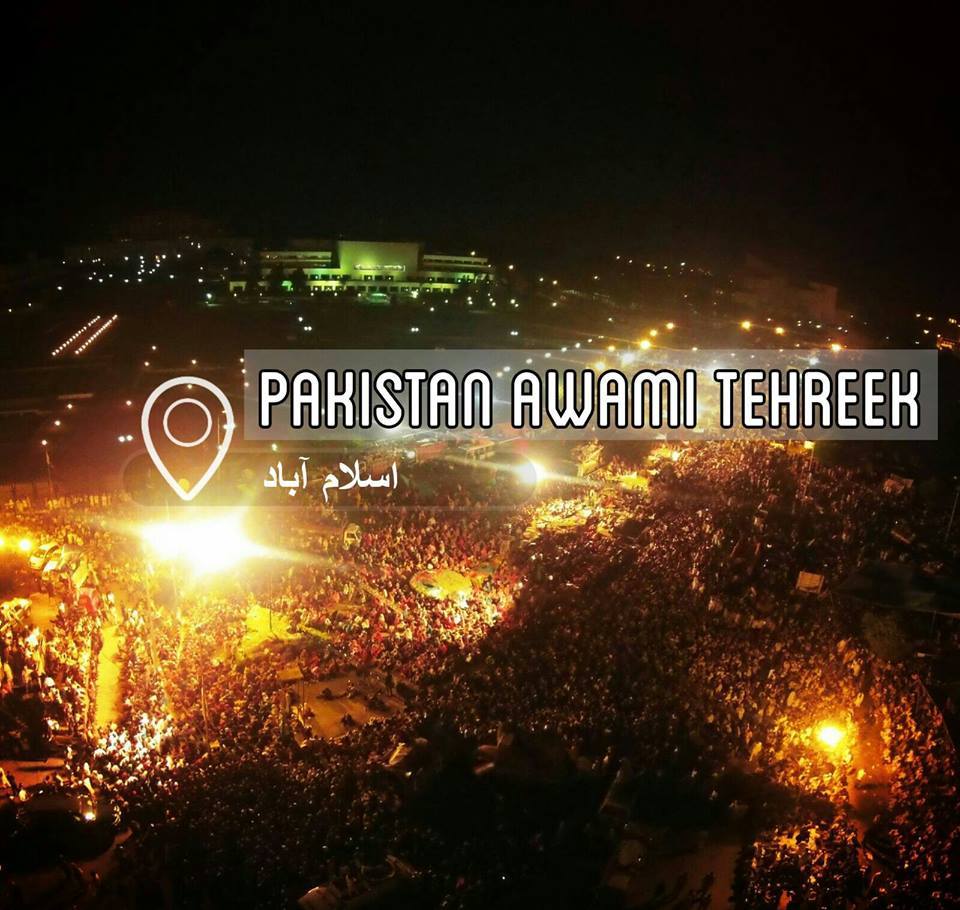 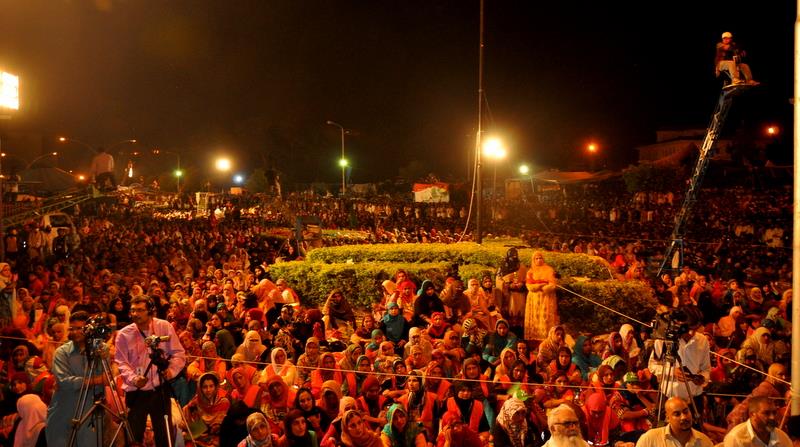