Addressing participants of revolution march some time ago, PAT leader Dr Muhammad Tahir-ul-Qadri made an important announcement. He revealed that the Nawaz Sharif government had sent internal and external terrorists in the Red Zone tonight to target Azadi and revolution marches. He said that the containers had been placed not to prevent terrorists but to facilitate them and make them attack the marches. He said that the government got exchange of fire initiated at the Sialkot border to distrub Pakistan Army. He said that the rulers had nefarious and dangerous designs, adding that their lives had been spent in alliances with terrorists and protecting them. He asked the workers to stand in the direction of 'Qibla' and call Azan seven times.

To foil the attack of terrorists tonight, participants of the sit-in should make a call to prayer (azan) seven times #BigNo2FakeDemocracy 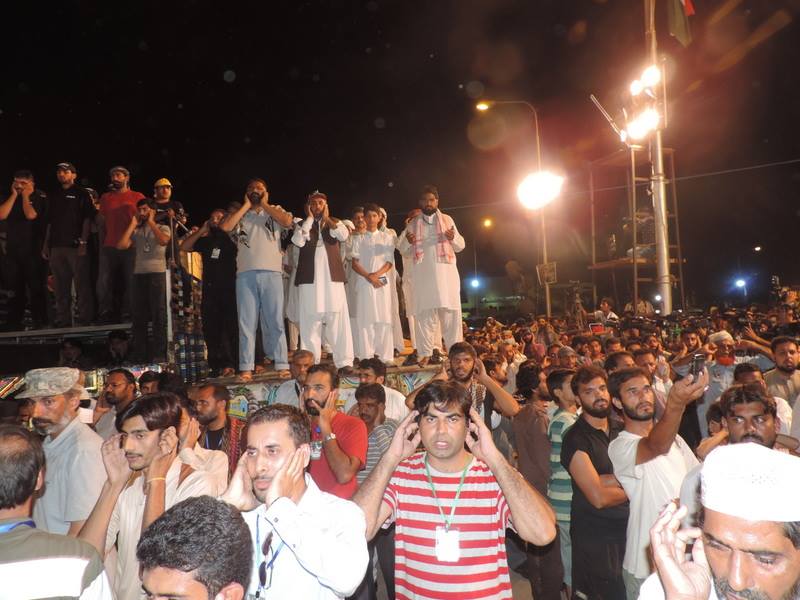 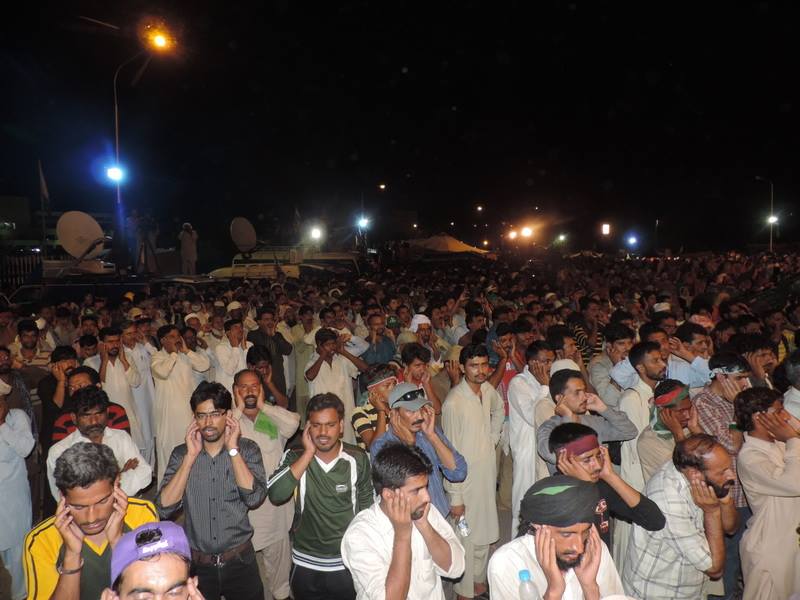 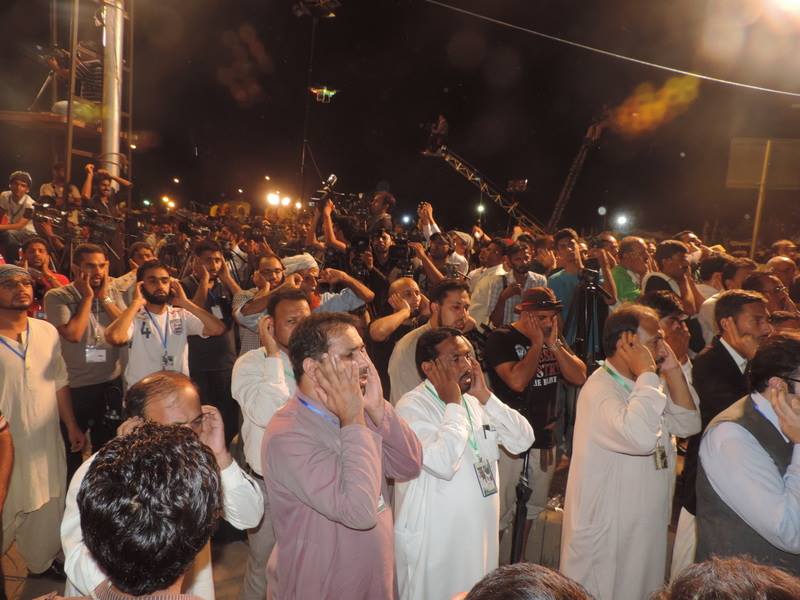