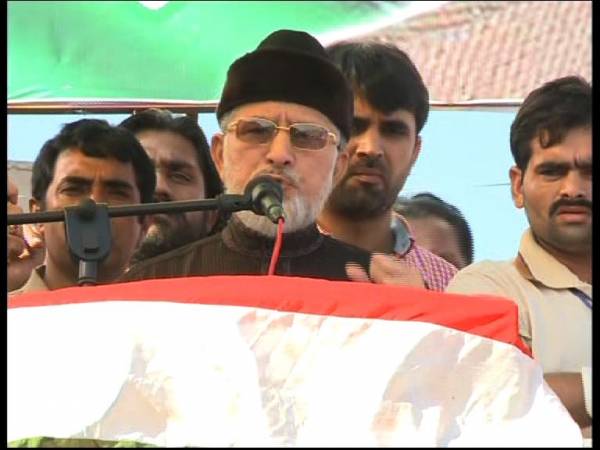 Addressing the participants of Inqilab March on Sunday, Qadri said that a rape case registered against sons of a PML-N’s MNA was forcefully withdrawn.

“People are going on hunger strikes just to get their basic human rights which other countries are enjoying.”

Dr Qadri alleged that protective embankments were not broken in time to save two mills of Sharif brothers. ‘We want a system which could stop thieves from reaching the Parliament,” he said.

"We are talking of principles, law and constitution. If government adopts course of violence, it will be responsible for it," he said

The PAT chief said fair and transparent investigation of elections was not possible in the presence of Nawaz Sharif. – SAMAA