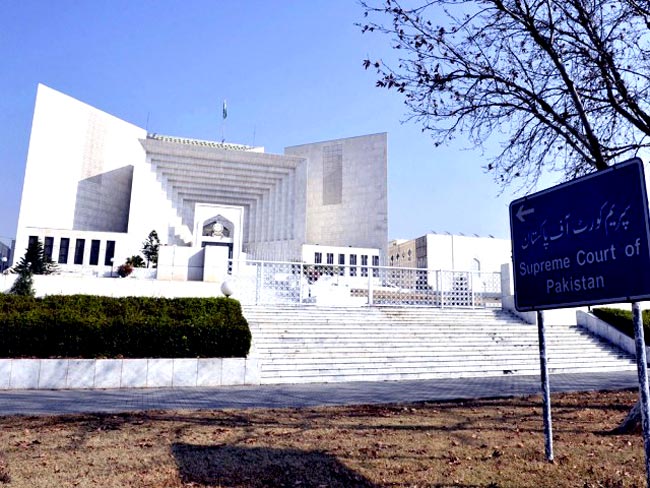 ISLAMABAD: The Pakistan Awami Tehreek (PAT) has rejected parliamentarians’ apprehensions regarding the protesting parties ‘misrepresentation’ of the army’s support for their ongoing sit-ins in Islamabad.

Submitting a reply in the Supreme Court on Tuesday to Awami National Party (ANP) and Balochistan National Party’s (BNP) questions, the PAT said that no facts have been mentioned in their statement on the basis of which these questions arise.

Senior parliamentarian Raza Rabbani, while representing the ANP and the BNP on September 10, had expressed apprehensions before the apex court and raised three questions.

PAT’s counsel Ali Zafar contended that anyone who is misrepresenting army’s support is committing a “political sin” and the ANP and BNP should withdraw such “wanton assertion” attributed to PAT or its leaders.

“These are hypothetical and academic questions, and it is well established that the Hon’ble Courts do not deal with such theoretical queries or delve in such speculative matters. Subject to this the response to all the three questions is given below”, the reply read.

“ANP and BNP are unnecessarily trying to get the name of Pakistan Army involved in debate and discussion before the apex court.”

“Pakistan Army is involved in very serious and sensitive matters at present which include defence of the borders, Operation Zarb-e-Azab, maintaining law and order and helping save lives of millions during the current floods,” the reply added.

The PAT also alleged that both ANP and BNP are attempting to involve the Supreme Court in the political matter while the court has repeatedly maintained its desire to keep out of these issues.

“It is the right of every person to raise a demand including the demand for resignation of any office bearer including prime minister or the chief minister of province or any minister(s) in any federal government or provincial governments,” the reply said.

Further, the reply said that the question regarding the premier’s resignation through the use of force is a political issue and should be resolved through dialogue between political parties.

“It is strange that on the one hand ANP and BNP are submitting that this court should not delve into political questions, yet, on the other hand this question as well as the other two questions raised are political,” it said.

The PAT clarified that its demanding the resignation of Punjab Chief Minister Shahbaz Sharif for his involvement in the Model Town clashes on June 17 which left at least 14 dead and over 80 injured.

“The Punjab Police, which falls under the ultimate control and authority of the chief minister of Punjab, opened indiscriminate and barbaric firing upon and ruthlessly killed 14 and injured hundreds of innocent men, women and children in broad daylight, and in front of media cameras and yet not even an FIR was registered against the accused over a long period of time only because the killed and injured were poor and the accused powerful,” the reply stated.

“In fact PAT has made it clear that the dharna is and shall continue to be peaceful, non-violent and within the parameters of the Constitution.”

“It is in fact the Government which is using violence and force upon the participants of the dharna and has now resorted to illegal arrests against people who are exercising their fundamental rights,” it added.

In response to the second question, the PAT said they welcomed the government’s decision to ask army chief General Raheel Sharif to mediate because they want the issues to be resolved. However, the reply added, “The debate between the government’s cabinet members (whether it is “facilitation”, “mediation” or “arbitration”) spoiled this possibility.”

The PAT requested the court to dispose off the case without any further orders.