Dunya News: Nawaz should be tried under Article 6 for 99' Martial Law: Qadri 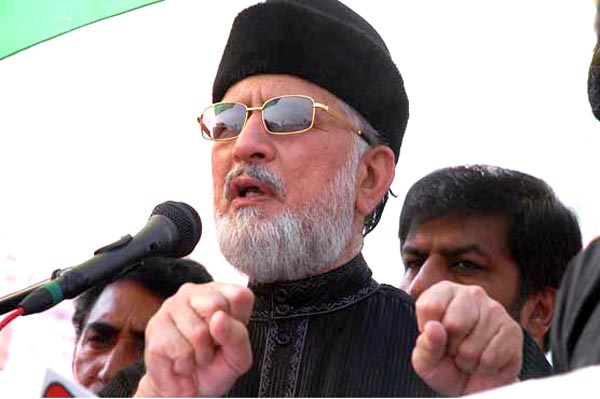 Speaking at the sit-in today (Tuesday) in Islamabad, Dr. Qadri said that Martial Law was imposed in 1999 because of Nawaz Sharif and it was not challenged in the court. He said that Nawaz Sharif could have removed Pervez Musharraf in appropriate manner if he had some problems. “But Nawaz Sharif removed him silently which stimulated a reaction”, he said. Tahirul Qadri announced that he will never return to Canada now.