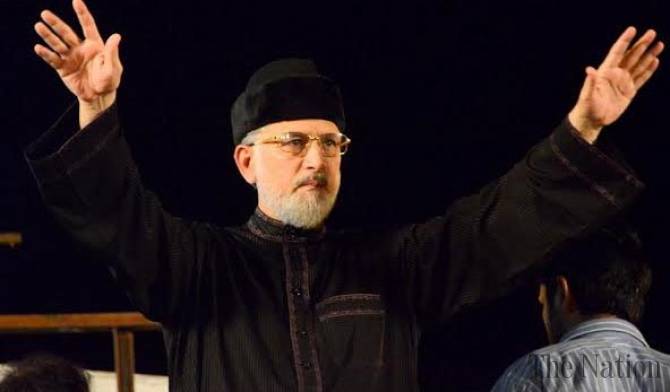 ISLAMABAD- Pakistan Awami Tehreek chief Dr. Tahirul Qadri said struggle of people against the government would soon be translated into a success story.

He castigated the rulers for pushing masses under a pile of debt. The leaders are carrying begging bowl, in contrary to their pledges to do away with practice of seeking loan when taking to power, Dr. Qadri said.

In democracy, he said, under-privileged segment can question the privileged, but in “Pakistan no such democratic practices prevail”. We want end to this autocratic rule, said the PAT chief. He claimed the entire national wealth was being spent on private businesses of rulers.