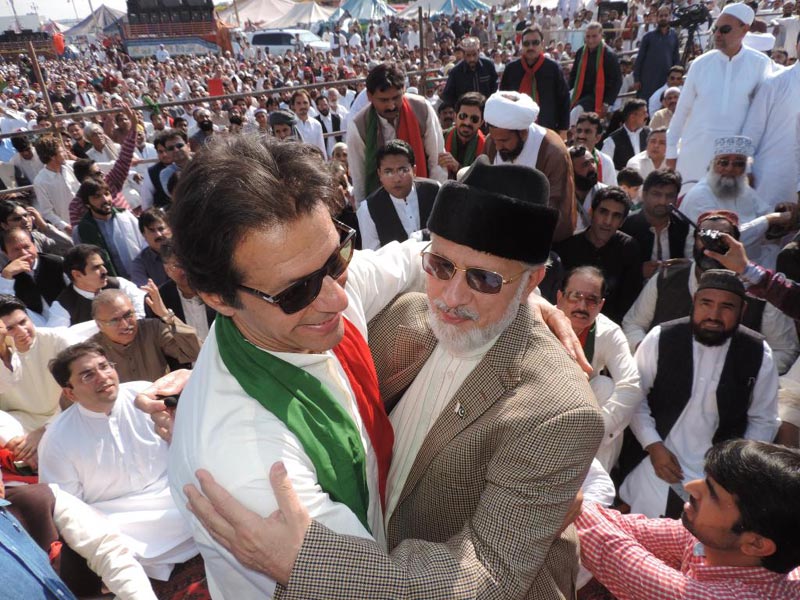 In what could be described as historic scene, thousands of participants of revolution and Azadi marches offered their Eid prayers on the Constitution Avenue this morning under the leadership of Dr Muhammad Tahir-ul-Qadri. Prominent among those who offered Eid prayers were PTI Chairman Imran Khan, Sheikh Rashid Ahmad, Khursheed Mahmood Kasuri, Allama Raja Nasir Abbas, Dr Raheeq Abbasi, Khurram Nawaz Gandapur, Naeem-ul-Haq and central leaders of PAT and PTI.

Addressing the participants of revolution and Azadi marches, PAT chief Dr Tahir-ul-Qadri said that on the occasion of Eid-ul-Azha, we pledge to struggle for establishment of a society based on justice. He asked the nation not to forget to include IDPs of North Waziristan, flood victims and the poor in their happiness on Eid-ul-Azha. He said that any society is based on two fundamentals; justice and benevolence. He said that we have to build a society in which people have security of life and property, and get justice, food, residence, clothes, jobs and education at their door-step without any discrimination.

Dr Tahir-ul-Qadri said that we want to bring about such a revolution that eliminates oppression, establishes justice for all and gives basic necessities of life to people. He vowed that we will restore rights of the poor and the oppressed and establish a society based on justice and benevolence. He said that according to Islam, if one gets what is one’s due, it is called justice, adding that if one gets more than one’s due, it is called 'benevolence'. He made it clear that if one does not have his due rights or they are violated, one has a right to stand up and snatch his rights.

Dr Tahir-ul-Qadri felicitated participants of revolution and Azadi marches, people of Pakistan and the Muslims at large on the occasion of Eid-ul-Azha.

After Eid prayers, Dr Tahir-ul-Qadri and Imran Khan embraced and exchanged Eid greetings. They also hugged other leaders and greeted workers on the occasion. 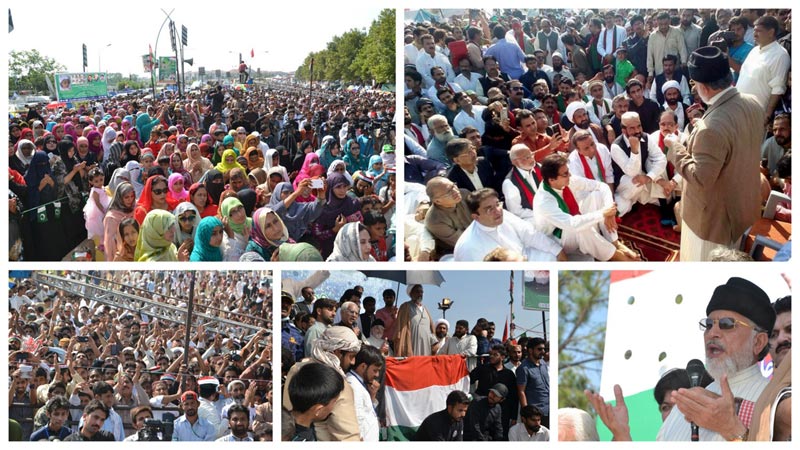