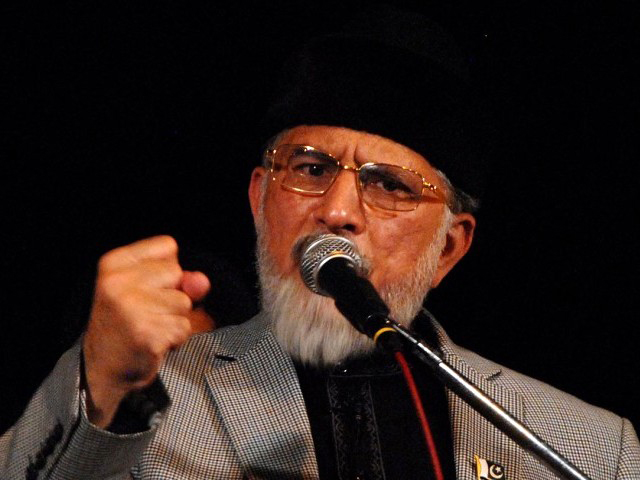 ISLAMABAD: Before departing for Lahore where he is due to address his supporters, Pakistan Awami Tehreek chief Dr Tahirul Qadri clarified on Sunday that he will not strike a deal with the government but will avenge the deaths of his supporters killed during the Model Town clashes on June 17.

“Today is a day of triumph and we will hold a historic rally in Lahore,” he said while addressing his supporters in Islamabad on the 66th day of his ongoing sit-in against the incumbent Pakistan Muslim League-Nawaz government.

“I am going to Lahore to ask for Qisas for those killed on June 17,” he said, referring to the Model Town clashes between his supporters and police which left at least 14 people dead.

“The blood of martyrs will bring a revolution and those responsible will be hanged,” he claimed.

The PAT chief added that his rally will prove that people are standing up for their rights and rejecting the status quo.

He further told his supporters that they will celebrate the success of his rally when he returns to Islamabad on October 21.