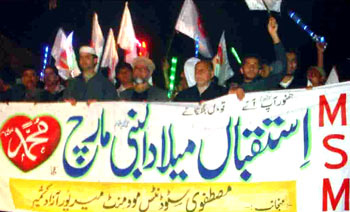 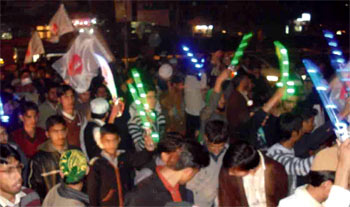 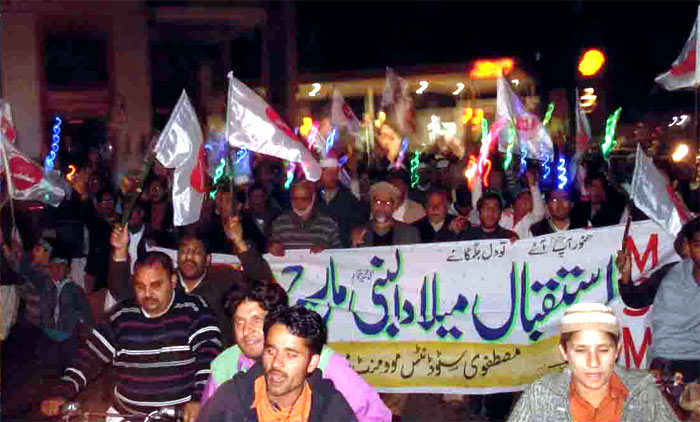 Milad March began from MQI Secretariat Mirpur and concluded on the Quaid-e-Azam Chowk. Hafiz Ehsan ul Haq, Sahibzada Iftikhar Hashmi, Prof Bisharat Ali, Ch Shaukat Mahmood and Ishaq Chohan spoke on the occasion. The speakers reiterated their pledge to convey the Shaykh-ul-Islam Dr Muhammad Tahir-ul-Qadri’s message of love and peace to every nook and corner of AJ&K. Sweets were distributed on the conclusion of the March. 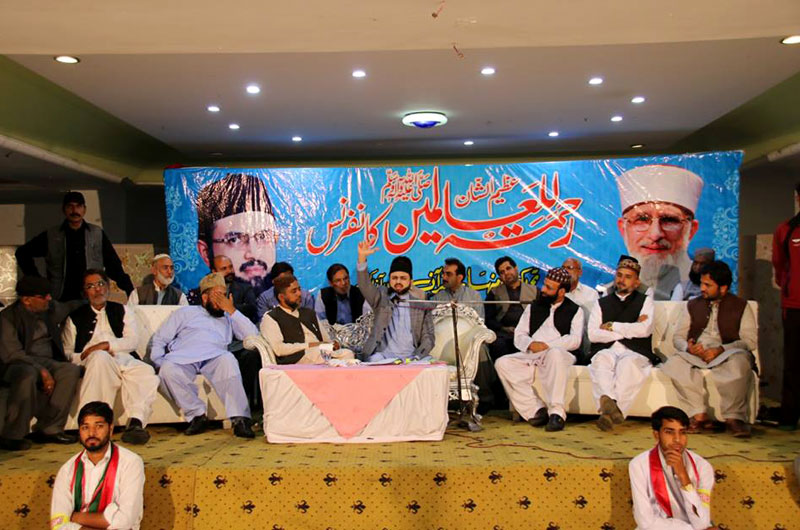 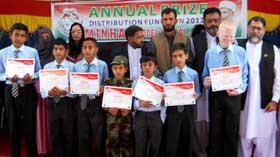 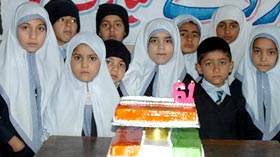