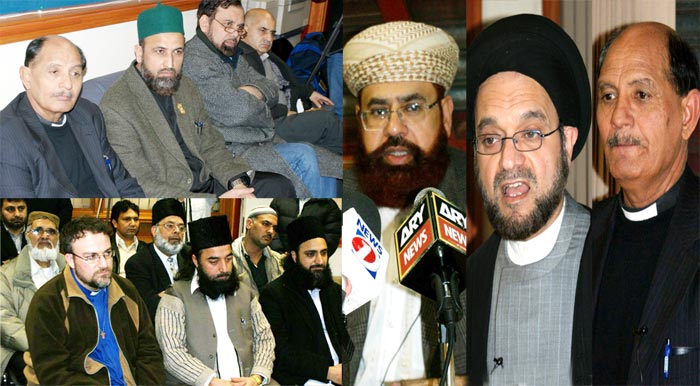 High profile figures of the Pakistani government and interfaith leaders spoke at an International Conference held at the Minhaj ul Quran centre in Newham on Wednesday 17th March 2010. 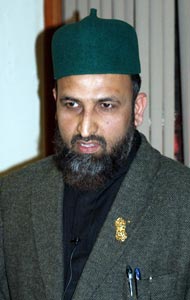 Pakistan’s Minister of Religious Affairs al-Sayyid Hamid Saeed al-Kazmi branded the recent spate of suicidal attacks in Pakistan as “indiscriminate killing” regardless if someone is young, old, women, children, or innocent. Shaykh Kazmi said: “This is a distorted picture of Islam that is being presented to the world.” He said: “None of this occurred in the 1500 year history of Islam. How could that which never occurred in the 1500 year history of Islam be part of Islam today? This has never been practiced in Islam’s 1500 year history … this cannot be accepted.” He added: “This is a distorted picture of Islam which is being presented by a conspiracy.” Shaykh Kazmi’s arrival to the UK comes, following an attempt on his life by terrorists in Pakistan. Al-Sayyid Kazmi is receiving private treatment in London following a gunshot to his leg.

Al-Sayyid Hamid al-Kazmi said in the case of Pakistan no suicide bomber or terrorist presents theological evidence from the Quran or Sunna – Prophetic traditions for their actions. We learn that they are deprived of the knowledge of Islam and disconnected from the essence of Islam and its true spirit. They have no knowledge of al-Quran or Ahadith “They are brainwashed and whatsoever is put in their minds is seen as ‘Islam’ and they dwell after it” said Kazmi.

Faithful Friend’s Newham Representative Father Matlub Barnabas said: “Imam Sadiq Qureshi is one of our close friends with whom we endeavour to work together for peace, harmony and for the correct understanding of religion and humanity.” Father Barnabas said terrorist sell themselves, their time and skills and become brainwashed by dwelling after their vain desires. 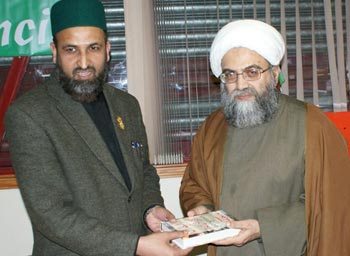 Father Barnabas added: “Jesus neither Muhammad raised the sword. Muhammad may have used self defence. However, he did not shed blood.” He further said: “If we believe in them and follow them, then we must not become enemies of each other. This is the purpose of Faithful Friends. This is work of Faithful Friends carried out in the local area without hesitation. We come together sometimes in a Mosque, Church, Temple and Gurdwara – we all come together to think and discuss initiatives to help each other according to our beliefs without hesitation to walk the divine path, leading us to create harmony.”

President World Ahl al-Bayt Islamic League Ayatullah Muhammad al-Musawi said: “Though the place is not too large but I think the hearts are much bigger. The subject is a very important subject, and when it is being announced and organised in London one of the most important cities in today’s world. I would like to mention two verses of the Qur`an. Allah says that 'we have not sent you O Muhammad but as a mercy for whole of the world' and another verse Allah tells him 'litunzira umm al-qurra wa ma litunzira umm al-qurra wa man hawlaha' 'O Muhammad (peace be upon him and his prodigy) we have sent you to convey the message to Umm al-Qurra i.e. Makkah and man hawlaha ,hat is,it man in Arabic is for those who have got intellect and a mind. So Allah has sent the Prophet to convey the message to Makkah and to all people surrounding Makkah and Allah says that it is for the whole world.” 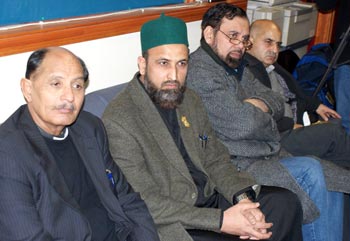 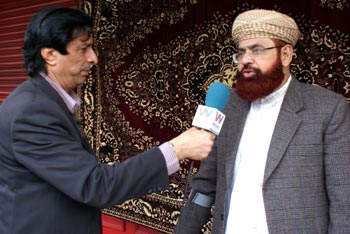 Renowned Iraqi Scholar Ayatullah Muhammad al-Musawi said: “The scientists of today have proved that Makka is the centre place of the world and the entire world is surrounding Makka and Allah says litunzira man hawlaha this is a very important subject and a scientific statement. I would like to point out that all the Prophets are respected. Anyone who does not believe in Holy Prophet is not a Muslim. Show me the miracle of Musa (Moses) or `Isa (Jesus) I can show you the miracle of Muhammad because Allah sent him to the whole of human kind and all the worlds for any kind to come. He did not make the miracle of His last greatest messenger time-limited. He made it everlasting and we would like to invite every human being who is really sincere to know the truth. To read the Qur`an and see the greatness of the words of Allah which was brought through His last and most beloved and final messenger Muhammad. We would like to invite to people to look at the Quran and get enlightened from the light of the Quran that is the light needed by every human being, every time and everywhere.” 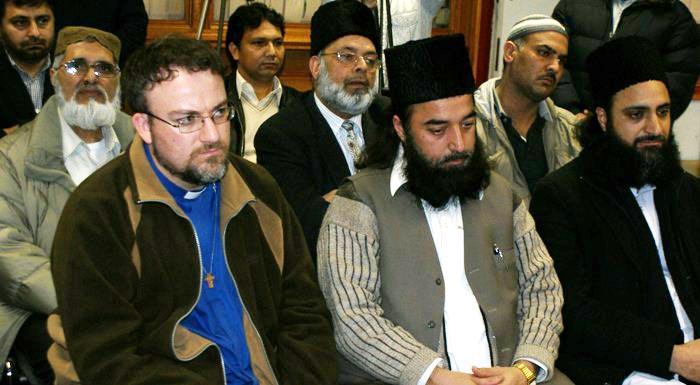 Imam of Minhaj ul Quran International Centre al-Shaykh Muhammad Sadiq Qurayshi said: “Let us come to the purpose of the Prophet’s advent. His advent was to provide mankind with al-Sira (model of life), al-`Uswa (model of character), a criteria and a system. To provide a system of economic and political stability, social security, fulfill every obligation of time, honour and protect life. The Prophet had been sent to provide every individual with rights.”

Shaykh Sadiq Qurayshi said: “The biggest problem we face is terrorism and in Islam the force of destruction is Kharajism (dissenters from religion) whatever name is applied to it. A living evidence of its harm is our Minister of Religious Affairs Hamid Saeed Kazmi upon whom the Kharijites launched their attack his colleagues and associates were martyred.”