By the Grace of Allah Almighty, the blessings of His Holy Prophet Muhammad (S.A.W.), and special spiritual benevolence of Shaykh-ul-Islam Dr Muhammad Tahir-ul-Qadri, the Muslim Youth League London held a conference in MQI London, in the remembrance of Shaykh Abdul Qadir Gilani.

The proceedings of the Conference went underway with the recitation of Holy Quran by Hafiz Asim Shabbir. He then recited a beautiful Manqabat. 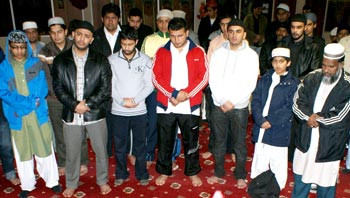 Brother Muttayab then spoke about some commonly known aspects of the life of Shaykh Abdul Qadir al-Jilani (RA). He said he was the greatest Islamic scholar of his time and his students rose to the status of renowned imams. Brother Muttayab also related the incident about Shaykh Abdul Qadir Gilani’s childhood, when his mother had sewn into his jacket 40 Dinars. When he was attacked by thieves, he told them the truth that he had 40 Dinars in his jacket. They were so impressed by his honesty and truthfulness that they at once gave up their burglary, repented and became Muslims.

Brother Haseeb then recited the Manqabat “Meeran Waliyon ke Imam”. His voice captured the audience. They joined in with him creating a glorious atmosphere. That created a rousing and lively environment charged with spiritual feelings and intuitional state of things. Brother Mutayyub then introduced the main speaker of the evening –Brother Sanaullah Sethi.

Brother Sanaullah began with reciting a couple of verses of Surah Fatiha. He explained the noble lineage of Shaykh Abdul Qadir Gilani (RA) and that he was a direct descendent of The Holy Prophet (SAW) in the 12th generation. He related some miraculous events of his childhood and told the audience that at his birth he was Hafiz of 15 Parahs of the Holy Qur’an, due to his mother’s constant recitation of the Holy Qur’an. 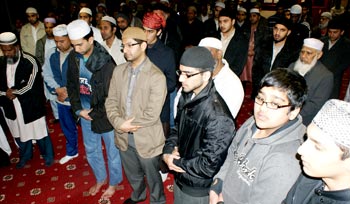 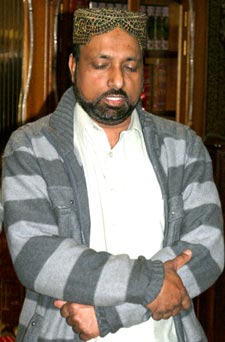 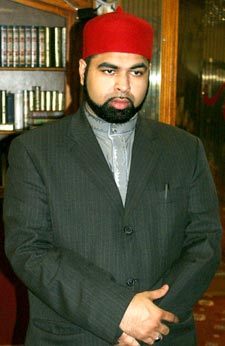 This was followed by a Dhikr session led by brother Umar Naveed. The whole congregation was filled with spirituality and a deep sense of connection with Allah (SWT) and His Beloved Messenger (blessings and peace be upon him).

There were stalls organized for selling books and CD’s of Shaykh-ul-Islam Dr Tahir-ul-Qadri. All the participants were asked to complete a short questionnaire. Refreshments and food was served at the end.

They also announced that the next Youth Dhikir gathering would be held on 15 May 2010 at 7.30pm Insha Allah.