As Eid drew near, keeping the victims of the floods in mind, the Women League of Glasgow organised a Chand Raat fundraiser. Maheen Kauser, Ambreen Mehmood and Sanam Arshad spent the three days leading up to Eid in a local ladies shop so people could come and have mehndi.

The President of Women League Safina Tahir was also present and ensured that everything ran smoothly. Every single penny raised was given in aid of the flood victims and the total came to be £300.00.

The Fundraiser was advertised through words of mouth as well as multiple texts sent to everyone so people could have mehndi applied and at the same time do their part for charity. People came from various parts of Glasgow.

Those who came were also handed leaflets and DVD's of the great efforts of Minhaj Welfare Foundation showing that Minhaj-ul-Quran Fundraiser's aren’t just local but have a world wide presence.

In compliance with the command of Hazoor Shaykh-ul-Islam Dr Muhammad Tahir-ul-Qadri, Eid was celebrated in the simplest form. The Women League approached the females and advised them of this. So instead of buying clothes or jewellery for themselves or their children they donated the money to the flood victims and explained to their children that those who were affected in Pakistan needed this money much more than they required new clothes.

People were also encouraged to give their Zakat, Fitrana and Sadqa to the aid of the flood victims.

One young Glasgow member of Minhaj-ul-Quran, Makki Ahmad Tahir, aged only 10, decided to create a page on the internet and appealed to people for money for this cause and stood outside the mosque on Eid day gathering money. He raised over £1000.00 alone through online donations. 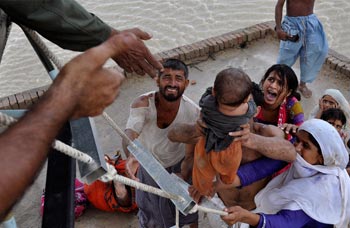 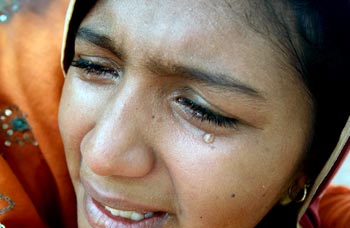 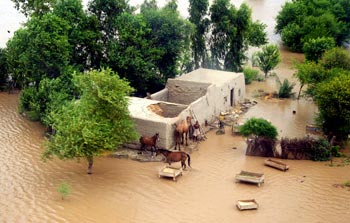 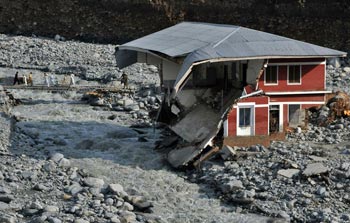