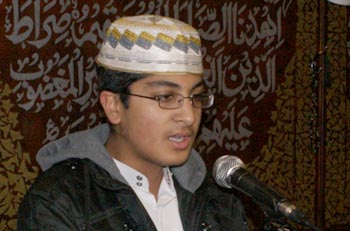 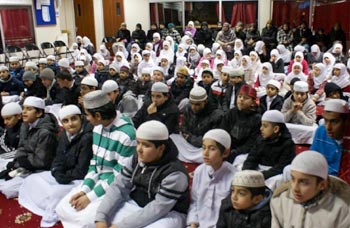 The prize distribution ceremony commenced with the recitation of the glorious Qur’an by Fattah Salih Khan, who is the youngest student of Hafiz class. The beautiful recital by young Fattah left the audience expressing their appreciation such as ‘Subhan’Allah’. 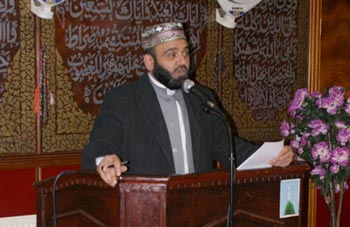 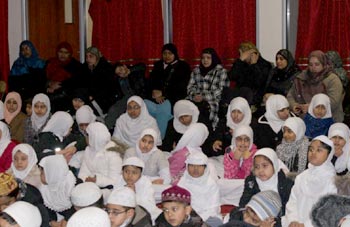 Following him was a second recitation, also by a student from Hifz class, Farooq Bahadur. His unique recitation in a melodious voice engaged the entire audience and once again left the crowd showing their appreciation by raising appreciations like ‘Allah hu Akbar’ and Masha’Allah’. 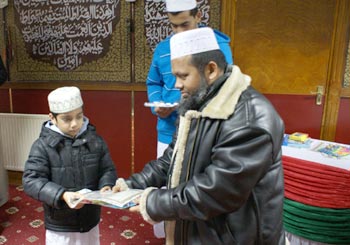 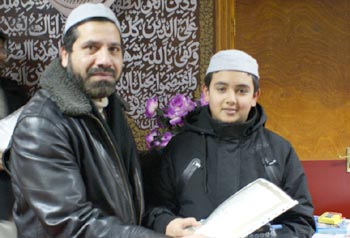 After the recitations of the Holy Qur’an, Hassan Ali was called on to recite a Na’at. He marvelously recited ‘Bulalo Phir Mujhe Aye Shah-e-Bahr-o-Bar Madinay May. His emotional chanting of Na’at elated with ecstasy all present in the hall and they were repeating the lines in chorus, remembering their days in Madinah. 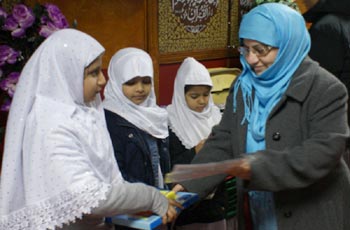 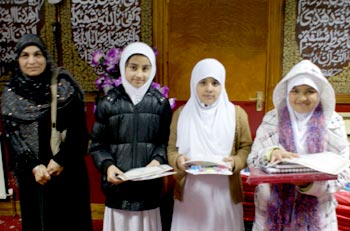 This was followed by a Manqabat by Ahmad Raza, also from Hifz class. He beautifully recited ‘Allah Allah Nabi Ka Gharana’, in praise of the Ahl-e-Bayt. Once again, appreciation flowed from the audience and fellow students. 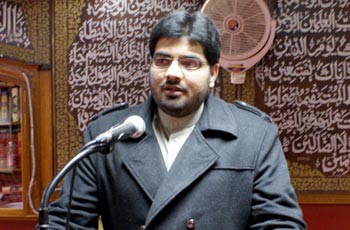 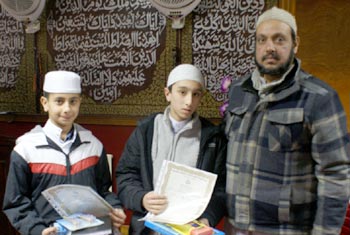 Before the main part of the ceremony began, Hafiz Muhammad Zeeshan, who is the newly appointed principal and also the teacher of Hifz class, was called to say a few words to the parents. He explained how the children were taught and what they were taught specifically. These included: their pronunciation, perfection, memorization, their behavior in class and their attendance. He clarified the division of marks and then expressed words of appreciation to the students who performed excellently but were unable to get a position in class, due to the tough competition, which was the hallmark of the classes that consisted of both girls and boys. 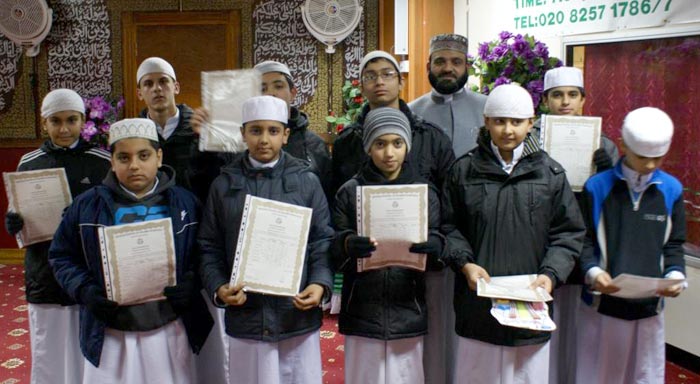 Then the time for announcement of 2010 annual exam result 2010 arrived, which all parents, students and teachers had been anxiously waiting for! The tension of the audience touched peak as Allama Asif ur Rahman held the result cards in his hand. He began by announcing the results of students. The positions won by the students are mentioned below:

As the students were called on stage, they received their certificates and prizes. Apart from that, every student was given their individual result card, which highlighted clearly the division of their marks in each area. After the prize distribution, Allama Asif delivered a short, but thought provoking message to the parents, in which he highlighted the importance of a child’s training in a home environment. 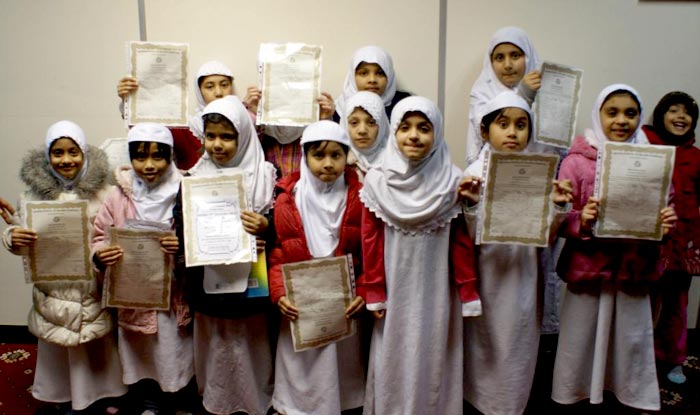 To end the ceremony, Muhammad Zeeshan congratulated all the students on their results and all the efforts they had put in prior to the exams. AlhamdulillaheTa’ala, the ceremony went very well and every single student passed the annual examination, 2010.