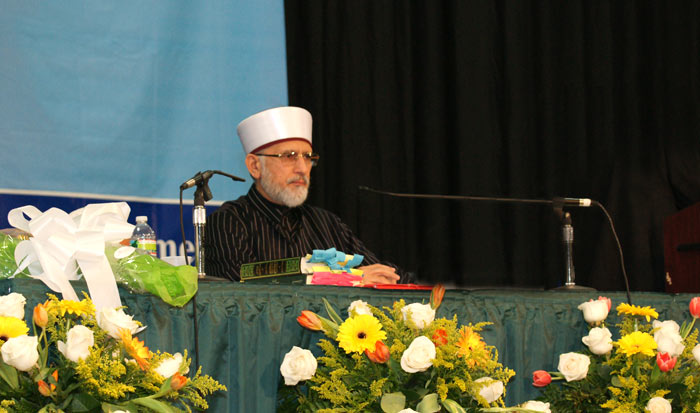 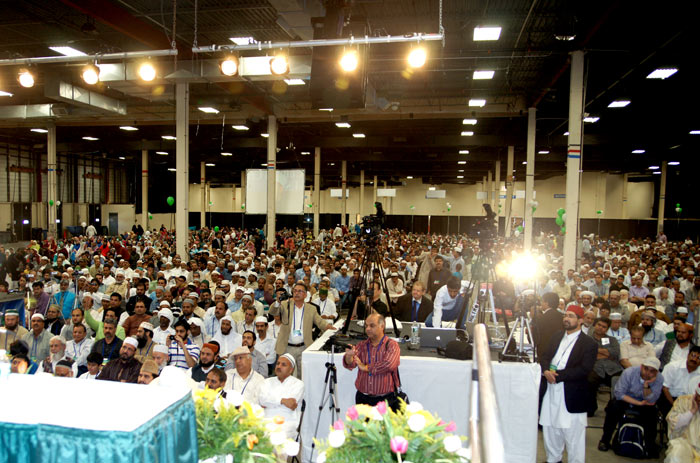 Educational & Cultural Centre of Minhaj-ul-Quran International, New Jersey (USA), organized a prestigious Mawlid-un-Nabi Conference (SAW) on May 29, 2011, which was presided over by Shaykh-ul-Islam Dr Muhammad Tahir-ul-Qadri, the founding-leader of MQI. 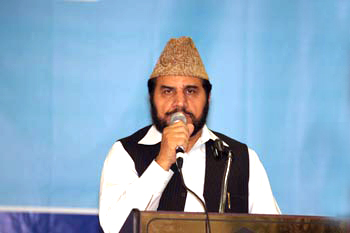 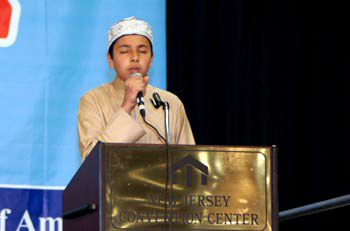 In addition to the renowned ‘Qura’ and Naat Khawan, famous religious scholars from Pakistan and the Arabic world also participated in the conference. More than six thousand members of the Pakistani expatriate community also attended the grand ceremony.

The proceedings of the Conference got underway with the recitation from the Holy Quran by Qari Syed Sadaqat Ali, whereas Hammad Mustafa Qadri, Noor Muhammad Jarral and other Naat Khawan presented Naat in their melodious voices. 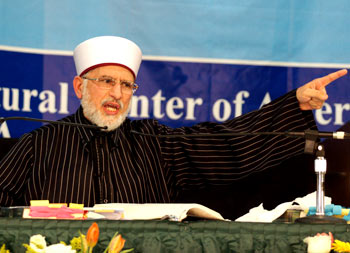 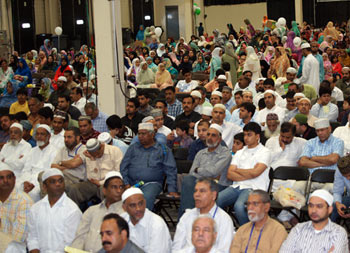 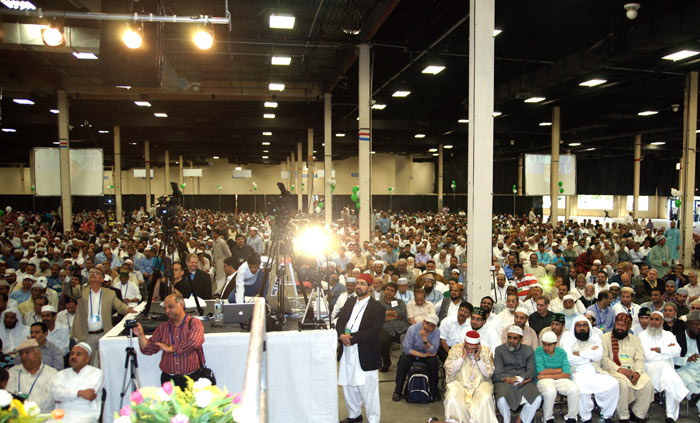 After the conclusion of Mehfil-e-Naat, Shaykh-ul-Islam Dr Muhammad Tahir-ul-Qadri spoke on the subject of “Love for the Holy Prophet (SAW)” to the audience of the conference. He said that it is the Sunna of Allah Almighty that He first becomes Lover and then Beloved. Love originated from Allah Almighty when He made the Holy Prophet (SAW) as His Beloved. He asked the world that he who would love His Prophet would also become His beloved as well. He said that when a man acts upon the Sunna of Allah Almighty, He also starts loving such a human being. 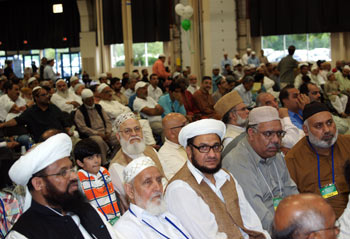 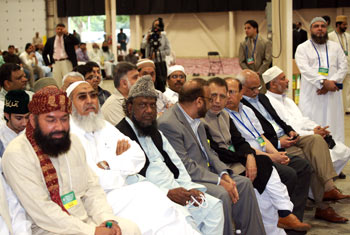 He said that Allah Almighty commands the angels that they should love a person whom He loves. After getting this command from their Creator, the angels make a declaration about the person whom Allah loves. Thus the one who loves the Holy Prophet (SAW) becomes the beloved of Allah as well as of angels.

Shaykh-ul-Islam further said that Allah Almighty sows the seeds of love of His Prophet (SAW) in the pure and clean hearts. He whose heart and inner part is not clean would remain devoid of love. He said that tragedy of modern age is that those whose hearts are empty of love for Allah Almighty and His Prophet (SAW) are bogged down in offering criticism. He further stated that the sign of Allah’s love is that He makes one embody His traits whom He loves. He said that when the dead body of lover of the Holy Prophet (SAW) would be lowered in the grave, the beloved Prophet would say to angels to take care of him because he used to love the Prophet (SAW). 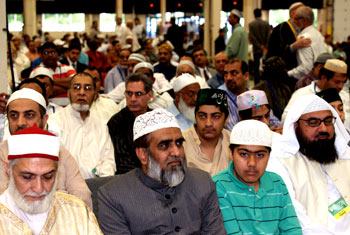 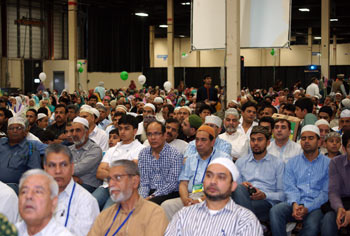 Dr Muhammad Tahir-ul-Qadri said that there is a need to spread the love of the Holy Prophet (SAW) in this age marked by rate race, terrorism, extremism, economic worries and social turbulence as it is the only panacea to fight off the current set of problems. He said that the love for the Holy Prophet (SAW) is not only the real faith but also complete faith. This love for the beloved Prophet (SAW) teaches the Muslims to be fountain of peace and love around them. “MQI has taken upon itself the gigantic task of establishing global peace by building bridges among various cultures and civilizations. We are against all forms and manifestations of terrorism and extremism. We, on the other hand, stand for peace, love, tolerance and moderation,” he concluded.

The programme ended on durood-o-Salam and Dua by Shaykh-ul-Islam. 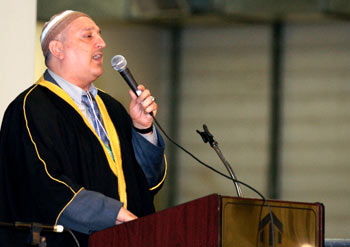 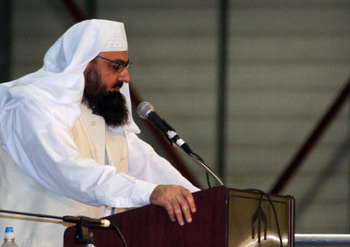 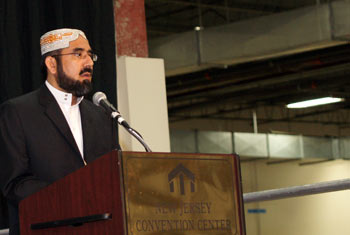 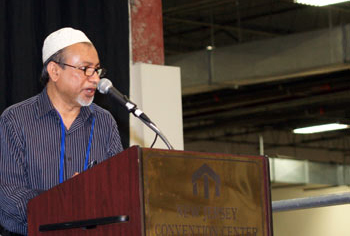 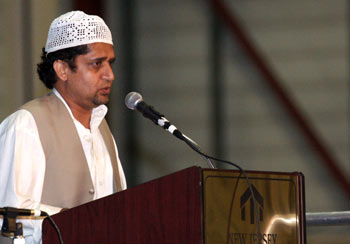 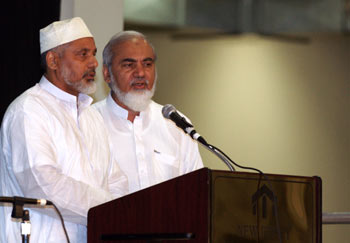 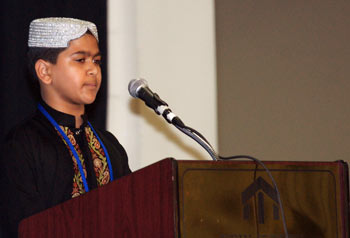 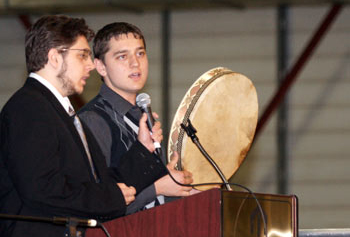 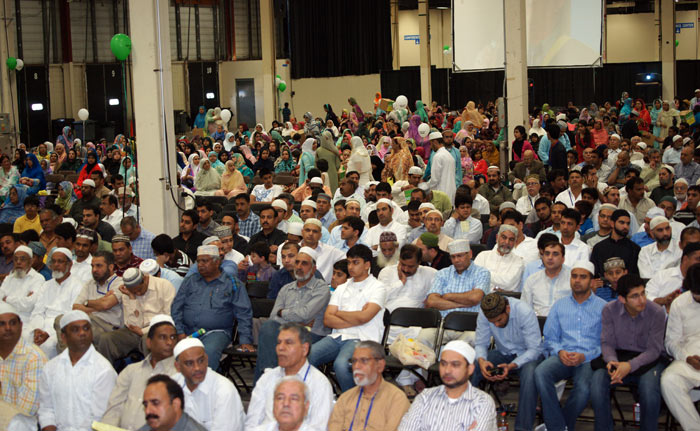 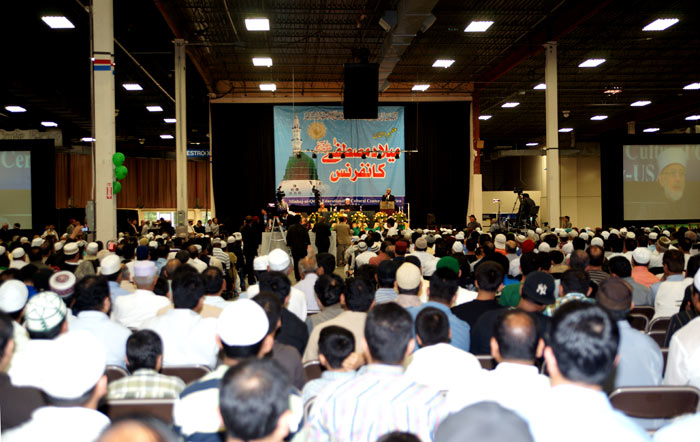