Sufis are keys to open up hearts: Shaykh-ul-Islam Dr Tahir-ul-Qadri

Flood of people came to listen to Shaykh-ul-Islam Dr Muhammad Tahir-ul-Qadri in Karjan city of state of Indian Gujrat. When Shaykh-ul-Islam reached the main stage despite grave threats to his life, hundreds of thousands people gave him a standing ovation and welcomed him amid chants and slogans. The State Government of Gujrat gave him a protocol of a state guest and detailed a Z plus security for him. 300 police commandos were posted for the security of the entire venue, whereas entry to the place of gathering was also marked by stringent security measures. 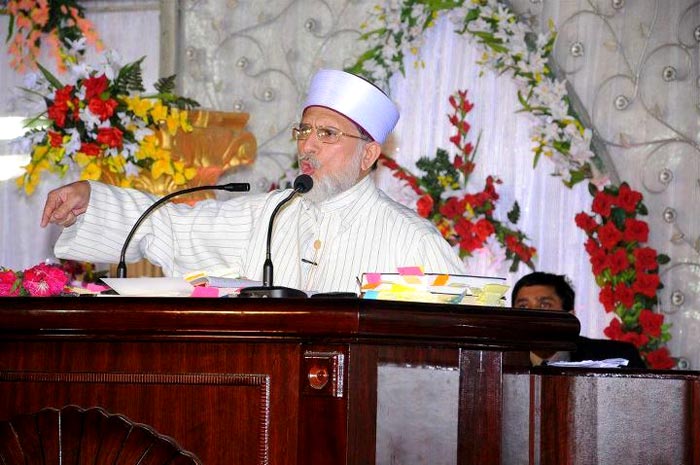 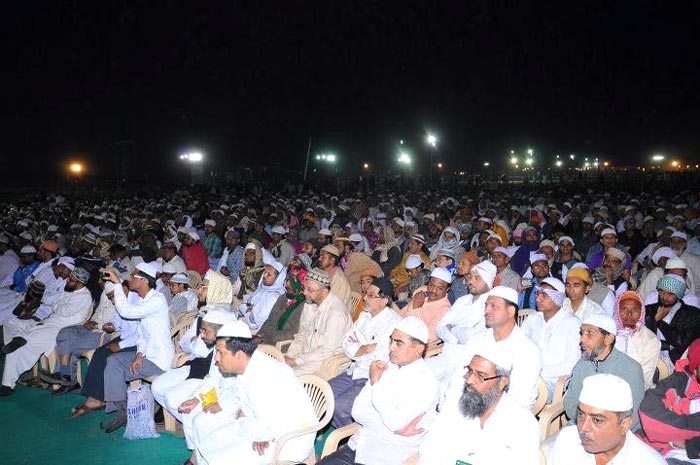 Islam is a religion of peace, harmony and brotherhood. A true follower of Islam, he said, could not be a terrorist or a militant. He said that the Holy Prophet (SAW) came to the world as a Prophet of mercy and gave rights to all people without any discrimination of caste, creed, race or colour.

Shaykh-ul-Islam uttered the introductory sentences in the Gujrati language and said that “I am immensely impressed by the love of the people of Gujrat. I pray for their wellbeing and peace.” 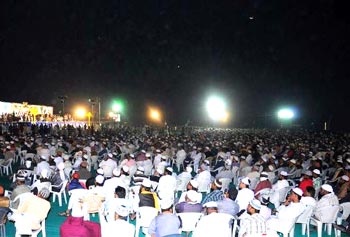 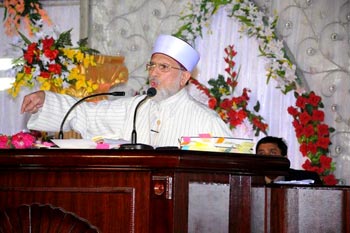 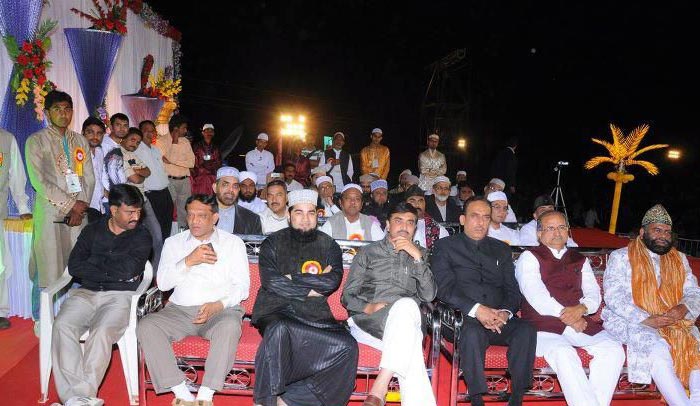 Dr Muhammad Tahir-ul-Qadri said that the Sufis came to the world to spread the message and faith of the Holy Prophet (SAW) and their blessed beings were the keys to open up the hearts. He said that the entire universe celebrates the greatness of the Holy Prophet (SAW). He said that India was home to a large number of saints and Sufis such as Khawaja Ajmer, Khawaja Bakhtiar Kaki, Khawaja Nizam-ud-Din Awlia, Hazrat Mujaddid Alf Sani, Baqi bi Allah and others who won hearts of people through their words as well as actions. He said that peace within and without was possible through elimination of hatred and the spread of love and affection. 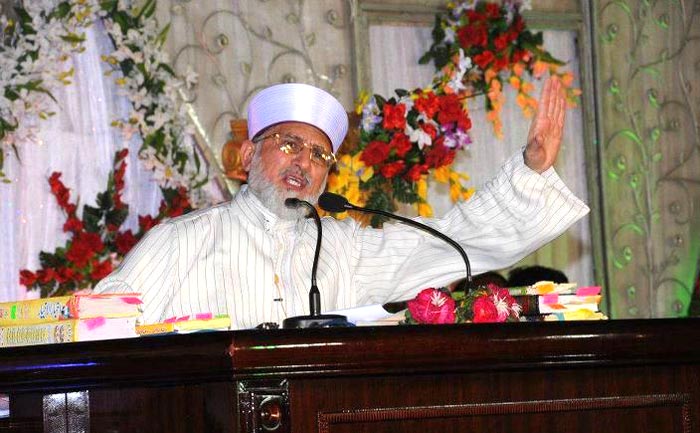 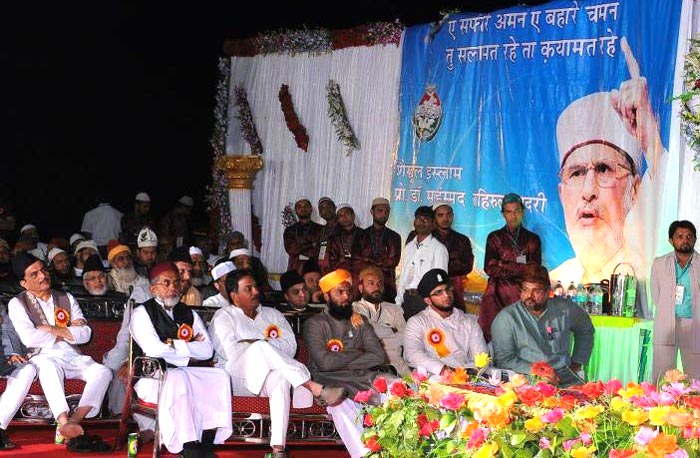 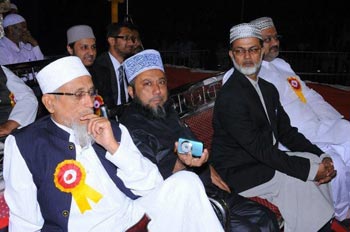 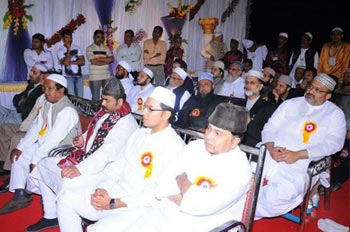 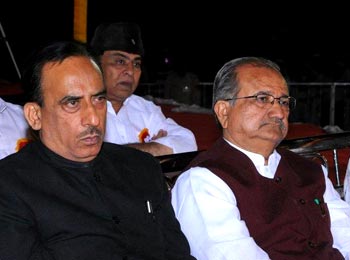 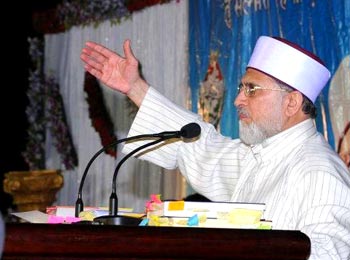 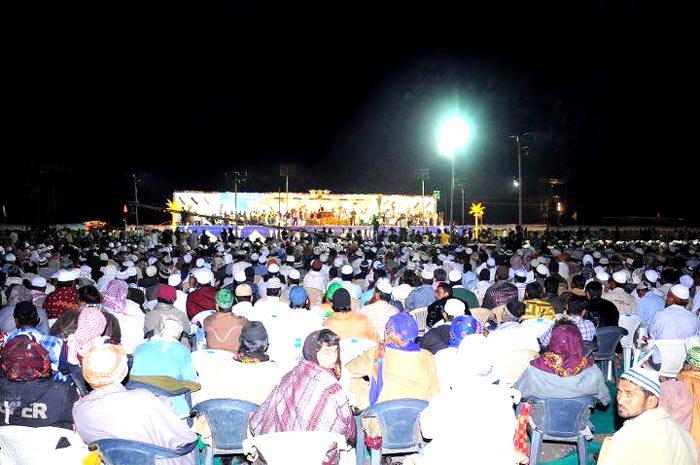 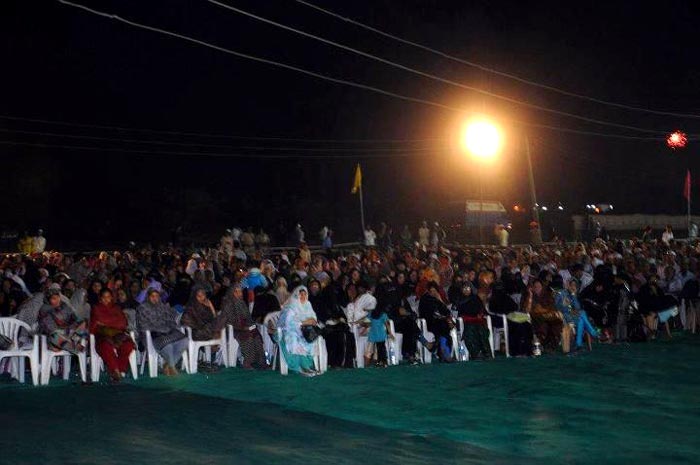 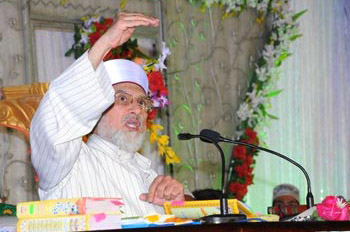 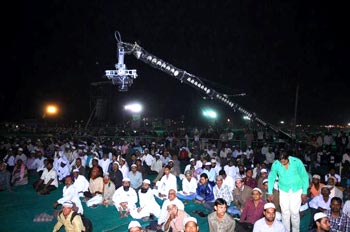 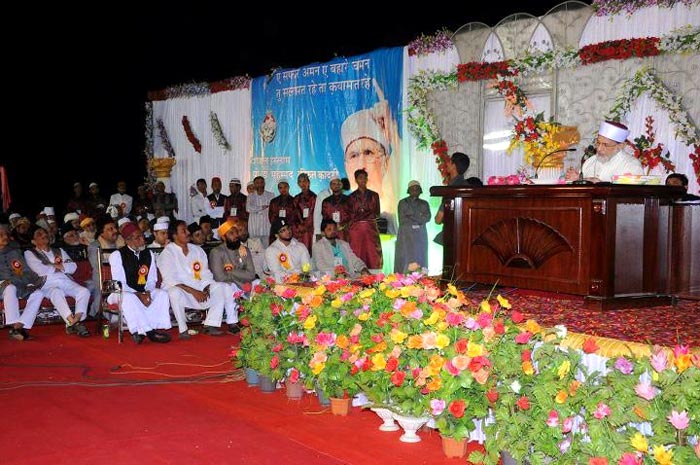