Shaykh-ul-Islam addresses a historic gathering of millions in Hyderabad, India 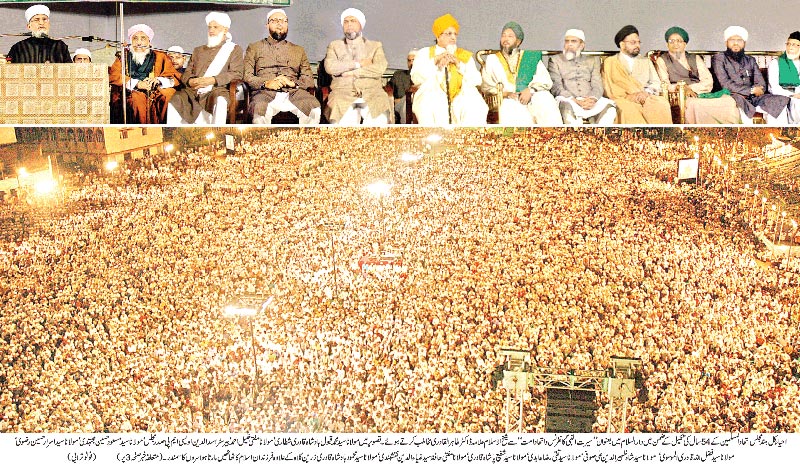 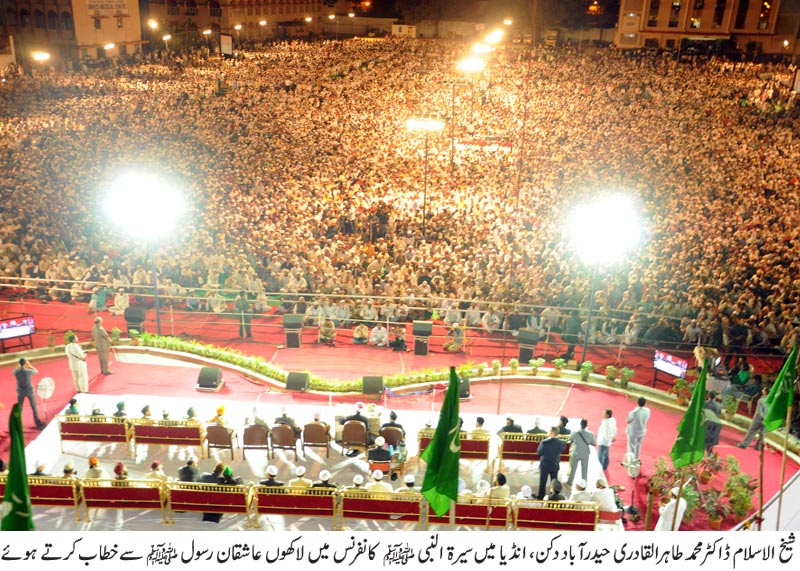 Addressing the millions of people, which was the biggest gathering in the history of Hyderabad City of India, Shaykh-ul-Islam Dr. Muhammad Tahir-ul-Qadri has said that no religion respects the humanity more than Islam. The Muslims should strengthen their bond with the Holy Prophet (PBUH) for their success and welfare not only in this world but also in the world hereafter. He said that the solution to our contemporary challenges lies in following the life and Sunna of the Holy Prophet (PBUH).

Shaykh-ul-Islam Dr Muhammad Tahir-ul-Qadri expressed these views while addressing historic public meeting of Sirat-un-Nabi (PBUH) in Hyderabad Deccan. The event coincided with the completion of 54 years of All-India Majlis Ittehad-ul-Muslimeen under the supervision of Sahibzada Asad-ud-Din Owaisi, the president of Majlis and the member of the Indian Parliament.

The vast grounds of Dar-ul-Salam where the gathering took place were filled with the people to the last end. A sea of people could be seen who were listening to the speech of Shaykh-ul-Islam with rapt attention. The hundreds of thousands of people were standing on the roads leading to the main venue. The open skies continued to reverberate with the chants of slogans. Before the speech neared its conclusion, thousands of people rushed to the main stage to catch a closer glimpse of the visiting scholar. The commandoes, who were deputed for the security of Shaykh-ul-Islam, took him out of the venue under their protection.

Citing the references from the Holy Quran and Hadith, Dr Muhammad Tahir-ul-Qadri urged the Muslims to become one nation, which is solid like a rock. He said that the way to eliminate differences among them was through consultation and mutual engagement. He asked the Muslims to shun individuality and dissentions and stay connected with one another by forming collectivity. 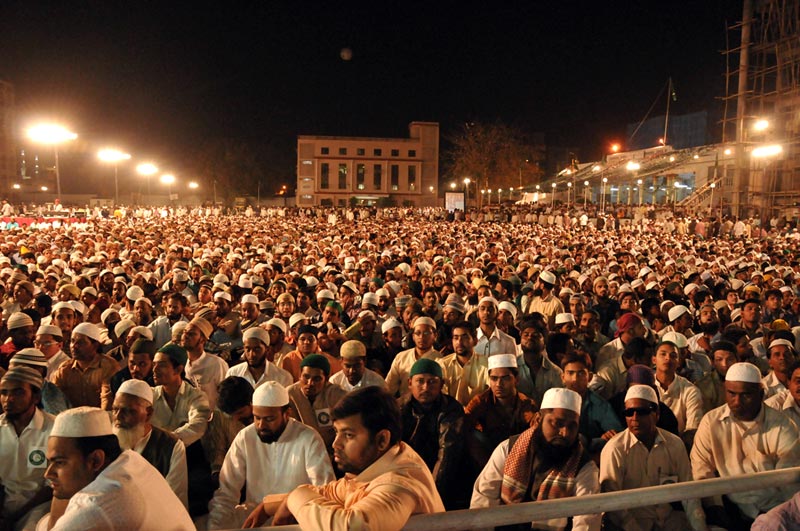 Dr Muhammad Tahir-ul-Qadri said that Islam is based on three things namely ‘Iman’ (faith), prayer, and organization. He said that he who shunned collectivity knowingly it was as if he did away with his connection with Islam. Shaykh-ul-Islam said that the founder of the parliamentary democracy was not western world but the Holy Prophet (PBUH). The Prophet (PBUH) is the paragon of peace and mercy for all the worlds. He said that he who thinks that terrorism was connected with Islam was in manifest error. He said that terrorism had nothing to do with either Islam or Islamic system as such. He said that the world was talking of such issues as democracy, human rights, rights of children and women today but the Holy Prophet (PBUH) gave a charter of human rights at a time when these things were not even heard of. 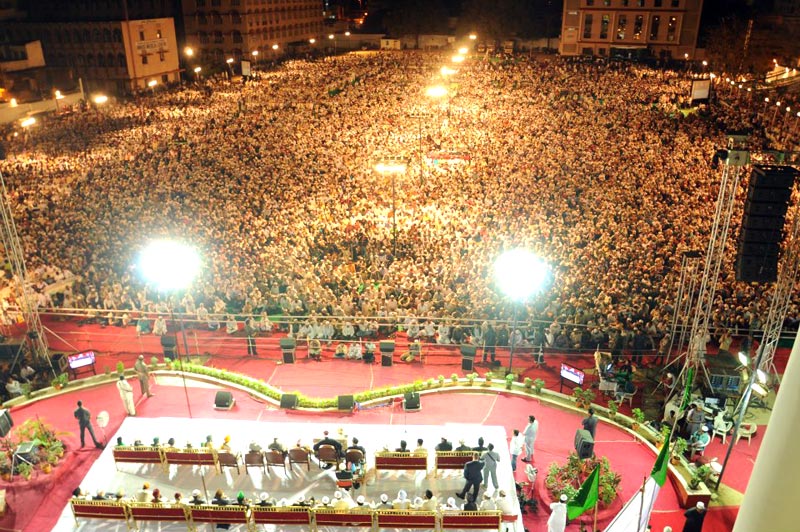 Dr Tahir-ul-Qadri said that the love and affection shown by the people of Deccan reminded him of Hazrat Owais Qarni (RA). He expressed his good wishes for Majlis on its 54th foundation day. 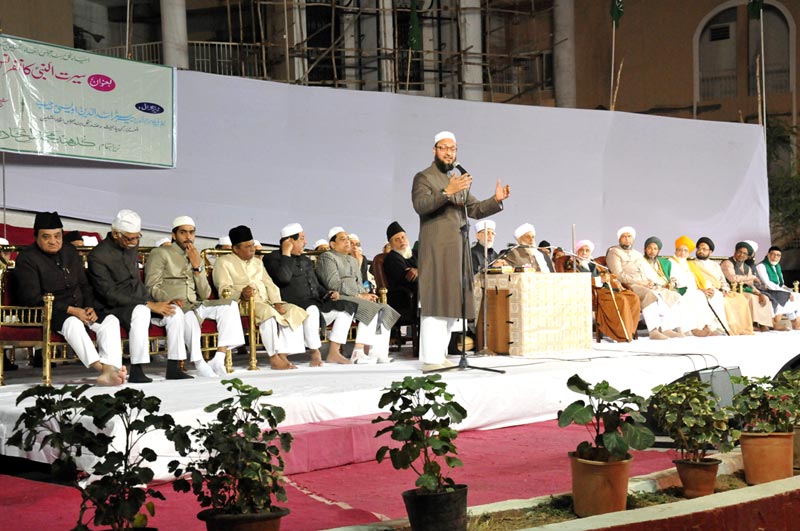 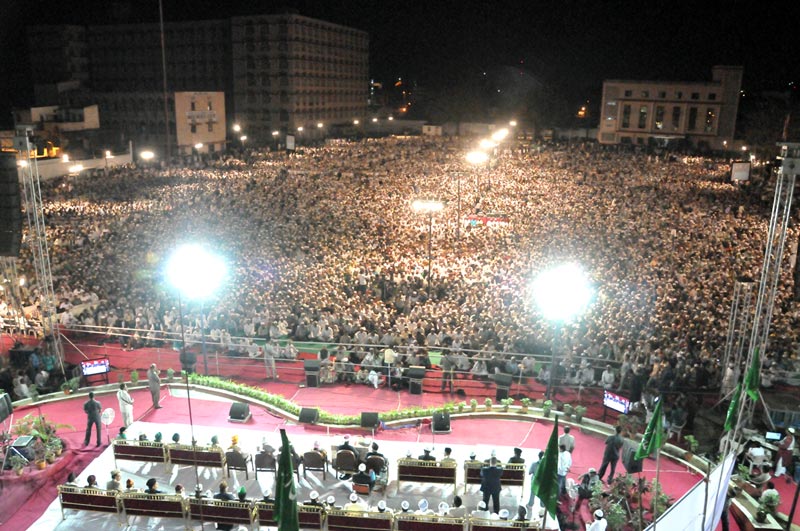 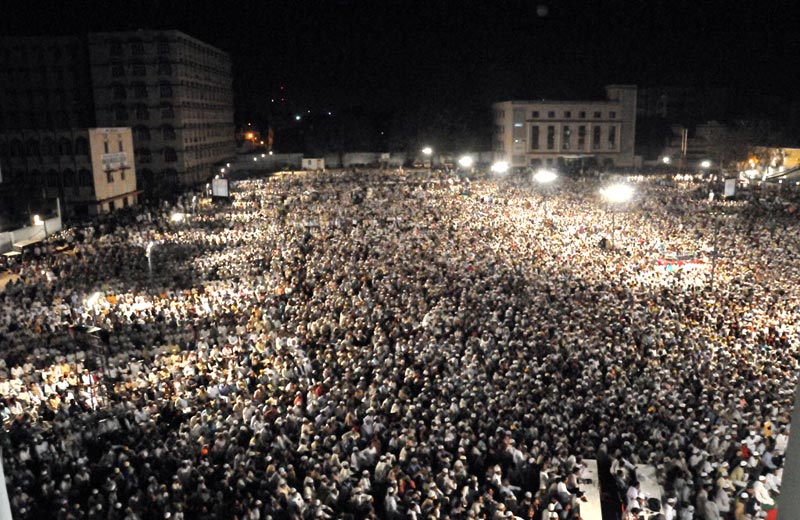