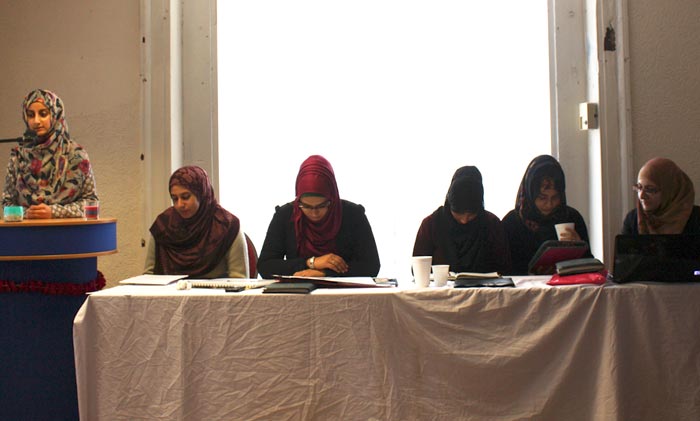 Manchester was the second destination of the third weekend of the Muslim Youth League UK – Sisters Executive tour. The tour which is aimed at raising awareness, building relations and recruiting new members started from Scotland and is working its way to the south of the UK. 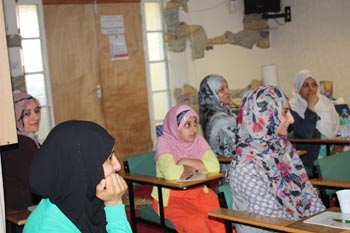 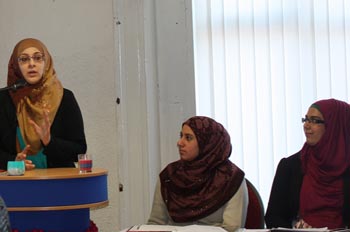 Under the leadership of the local coordinator, Tahira Qadri, the sisters made all the necessary arrangements at MQI Manchester/Farghana Institute on Withington Road. The audience was a mixture of youth and their parents who were also interested in knowing what the MYLUK-Sisters had to offer so that they could support their daughters as well. Sister Shamime, who was the President of the MYLUK-S prior to its restructure, was also present. Present on the MYL-S Executive panel there were Ambreen Mehmood (President), Tanzeem Begum (Senior Vice-President), Sweba Majid Khan (Vice President), Jabeen Ali Tahiri (General Secretary), Somia Zaman (Human Resources), Fathema Khan (Finance), and Marinah Syed Shah (Public Relations). Jabeen took to the stage to start the program by welcoming everybody to the event and thanking them for attending, she then invited Tahira Qadri for a recitation of the Quran. Tahira’s beautiful and melodious recitation set the mood for the program. Sister Asifa was then invited to recite the praises of our beloved Prophet Muhammad (PBUH). The Executives then introduced themselves and also those from their team that couldn’t make it. The audience were then given a chance to introduce themselves. After a brief introduction of Minhaj-ul-Quran, Jabeen explained how MYLUK-S was restructured in 2008 by his eminence Shaykh-ul-Islam Dr Muhammad Tahir-ul-Qadri. She also spoke about the MYLUK-S hierarchy and then discussed the aims and objectives of MYLUK-S. She explained that our main aim was to bring the youth closer to Islam through producing literature; welfare initiatives alongside MWF (the welfare wing of MQI); and to become a body that represents the Muslim youth. Jabeen then requested Ambreen to come to the stage to speak about what MYLUK-S has been doing since 2008. 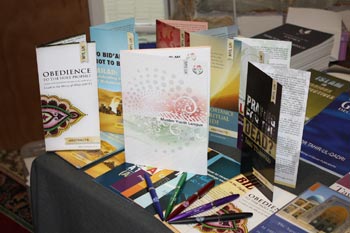 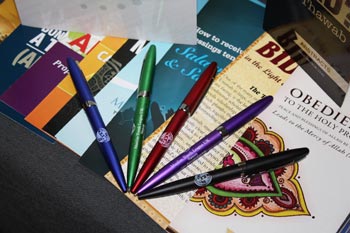 Ambreen began by making the audience aware that the first two years of the organization were focussed more on developing the organization as a national body and strengthening its infrastructure. Ambreen then spoke about how the sisters are happy to work in collaboration with other bodies of MQI and mentioned the projects that have been done by many members of MYLUK-S with other forums. One example that she gave was the al-Hidayah magazine and said that many of the sisters were writers and distributers for this project and furthermore, the two assistant editors are from MYLUK – S. She explained that all the projects were only possible because we worked as a team and are dedicated. She reiterated the success of the ABSTRACTS project; how a mere idea has now spread across the whole of the UK and across the globe to India, Pakistan, Holland, Norway and France! She appreciated the efforts that all the forums had put in to help MYLUK-S achieve this. Marinah then took to the stage and spoke about Public Relations. She showed the audience the online presence of MYLUK-S and by comparing weekly figures of each different site she concluded that the tour was having a direct effect in the interest on the different sites. She also stated that the number of members for facebook had increased by 22 after visiting only 3 cities. As a bit of healthy competition she broke down the figures of the members from different cities and showed where Manchester stood. Fathema then spoke about finance and explained that over the last 4 years MYLUK-S financial strategy was non-existent as funds were raised as and when required for a new project. However, she stated that this method would not be able to sustain the organization and thus we need a long term strategy. She stated that one of the strategies that she had come up with was the £1 scheme and this would ensure a regular income regardless of a person’s personal situation as nobody would miss a £1 that they are donating on a monthly basis. 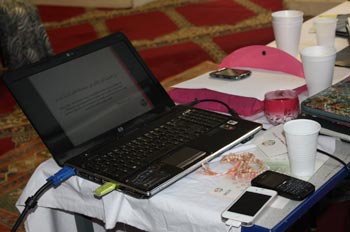 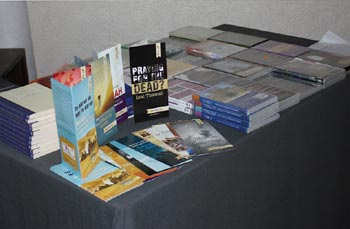 The participants then had an interactive session with the executive. They were asked what they think that MYLUK-S should undertake as projects whether on a national or a local level. The participants shared their ideas while also mentioning the issues within their local areas, which the executive gave advice on how to tackle. The main idea that caught everybody’s interest to raise awareness was an interfaith event regarding women’s rights. All the ideas were noted down by the executives with the promise to review the feasibility of each idea and to Insha’Allah implement any viable ideas in the near future. Jabeen then invited Somia. Somia spoke about her role as HR and the importance of the attendees in ensuring that their details are correct so that they can be kept up to date by MYLUK-S. She also showed the new MYLUK-S phone that was recently purchased and said that she had already received many texts appreciating this as the mobile is the easiest way to get in touch with people. She finished off by going through the vacancies that are available within MYLUK-S. Jabeen invited Sweba for the final session. Sweba spoke about the importance of focusing on the quality rather than quantity of any given task. She stated that having one dedicated worker is better than one hundred who are not doing the work. Sweba stated that when we invite people towards MYLUK-S and if they refuse to come and work for this organization we should never be disheartened because it shows that they have not been chosen to do the work for the mission of the Prophet (PBUH). The program was brought to a close by a beautiful supplication by Sister Shamime. She stated that she was very impressed by the professional manner in which the whole event was delivered and she was very moved to see MYLUK-S has progressed so much over the past few years. The attendees were thanked for their participation and were given the opportunity to sign up for any vacancies that they were interested in. The MYLUK-Sisters would like to extend our gratitude to Tahira Qadri and her team for their efforts in making the program a success, and the delicious refreshments that were provided . The MYLUK – S Executive body will be in Sheffield on Saturday 31st of March 2012 at Sharrow Community Forum - Old Junior School, South View Road, Sheffield S7 1DB from 12-4 pm and Halifax on Sunday 1st of April 2012 at Beech Hill Primary School, Mount Pleasant Avenue, Halifax, HX1 5TN from 11:30am – 4 pm. 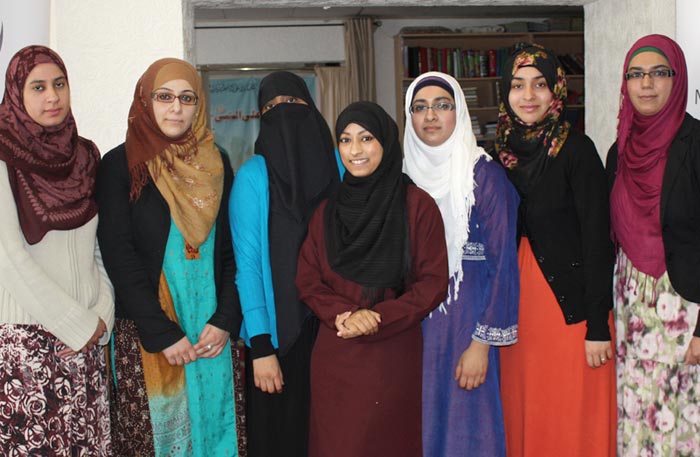